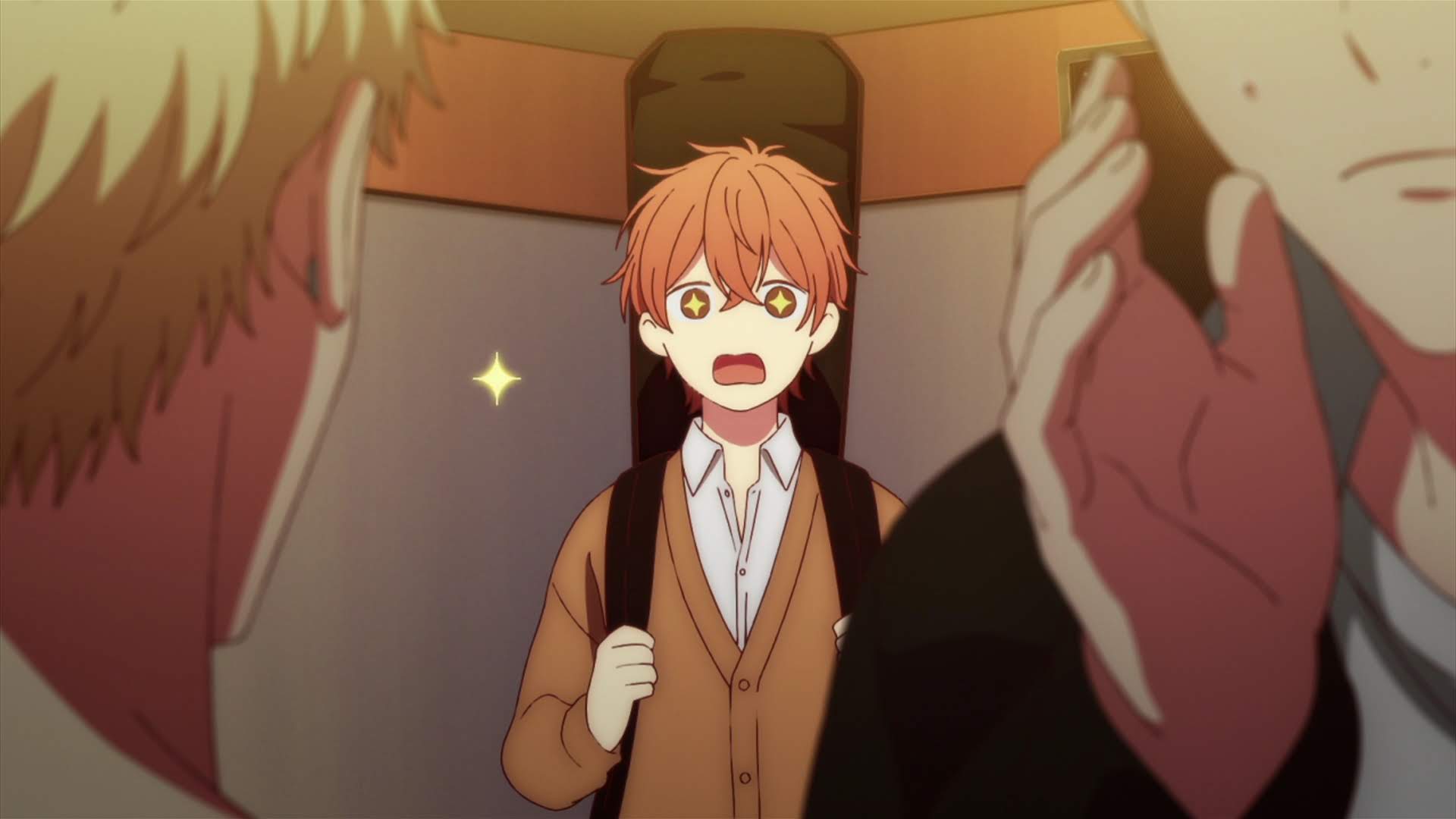 We don’t review shows that are direct sequels, shorts, or for young children. Anything not licensed and/or immediately available is off the table as well. This left us with 24 premieres in about two weeks.

AniFem staffers Vrai and Caitlin handled most of the write-ups, with fellow editor Chiaki swooping in to help out here and there. We don’t always like or dislike the same shows, or to the same extent, but we respect and support one another’s positions and critiques.

Once we have more funding, we’d like to change our current model to provide a wider range of perspectives on more episodes. We’re a long way from that goal, but it’s been a personal wish of ours since launch and we hope to make it happen someday.

This varies by writer to some extent (some of us are more focused on visuals, others on narrative, and so forth), but as a feminist site it’s of course essential that we raise any issues of feminist interest.

When you read an AniFem review, you’re likely to learn about female character designs, queer representation, analogies to real-world marginalization, and so on. If you think we missed something, please comment under the review and let us know!

Why do you categorize them?

The purpose of these reviews is to give you, our readers, information to help you decide if you want to try a show. There’s greater access to anime than ever before, and we want to help you find series you can truly love, without wasting your time on a show that contains an automatic deal-breaker, be that fanservice, homophobia, the sexualization of children, and so on.

Individuals can find value in any series, and we will never lead a boycott of a particular show, but we want to make it easier for you to get the most out of your limited time. In our digest, feminist-relevant themes and ideas take precedence, with overall narrative quality coming second and personal preference a distant(ish) third.

Premieres that seem to contain progressive themes are at the highest end and those featuring regressive ideas (or out-and-out hatefulness) are at the lowest. We expect some disagreement and welcome debate, so if you have any objections to our lists then by all means let us know in the comments!

I found a show I’m interested in! Where can I watch it?

This will vary depending on where you live, but you can browse Yatta-Tachi’s Summer 2019 Premiere Chart for the legal streaming sites carrying each series. Check to see if a show is available in your region!

The following titles are organized by categories, then alphabetically. Note that, because of the way premiere dates are staggered, we’ve had the chance to watch multiple episodes of some series. To give you a fuller picture of how much information we were working with when creating these rankings, we’ve marked how many episodes of each show we’ve seen.

Feminist potential
Premieres that so far seem to be addressing progressive ideas or themes without also having any significant caveats we need to tell readers about.

It’s… complicated
Similar to the above category, but in addition to all those possible feminist themes, there are a few caveats to keep in mind.

Harmless fun
Very little to warn folks about, but also not a ton of big ideas to chew on so far either.