What’s it about? When Ritsuka Uenoyama agrees to fix the strings on the Gibson guitar his strange classmate Mafuyu always carries, he finds his entire life turned upside down. Now Mafuyu is coming to his band practice, following him around…and making him remember what originally made him so passionate about music.

There’s been quite a bit of buzz around given, which is technically the first BL anime to air on NoitaminA (SARAZANMAI wasn’t categorized under the romance subgenre). Fans of the manga tell me it doesn’t have the genre’s historic problem with sexual assault (which persists in the titles chosen for animation), though I’ve not had the chance to confirm it for myself; and the series composer is Yuniko Ayana, who wrote the first half of FLIP FLAPPERS.

The expectations are heavy, and relative newcomer director Hikaru Yamaguchi steps admirably up to the plate. Most of this first episode is introductions and a heavy amount of foreshadowing, but the plot isn’t really the point here. The joy comes when the camera zooms in on Mafuyu’s enchanted expression watching Ritsuka play, as the music draws him out of what seems like a long sleep; or when Ritsuka plays tough only to immediately cave when it looks like the human puppy he’s adopted might be slightly upset.

These small moments are mixed with broader sight gags and chibified asides, creating a nice mix that never overwhelms the episode’s quieter moments. The hazy, soft-focused visuals are reminiscent of Bloom Into You earlier this year, with the same element of grounded adolescent struggles thrown into turmoil by a chance meeting.

That eye for emotional interiority also translates to the episode’s musical scenes, which are make-or-break for this kind of show. The show doesn’t just want us to be impressed at the characters’ skill level—though the impromptu jam session looks pretty great—it wants us to understand what makes them so passionate about playing music in the first place. Being able to show how the characters are feeling with such a light, playful script also bodes well for the development of the central romance.

It’s likely that the story will get into darker subject matter later, as this episode heavily implies that Mafuyu has lost a loved one to suicide, but between this strong premiere and Ayana’s strong track record as a writer, I’m willing to give the show quite a bit of faith going forward.

Music fans will be drawn in by the well-done practice sessions and anyone looking for a strongly character-focused narrative will not be disappointed. Nothing’s ever set in stone, but at the very least this is my top pick of  the season’s premieres.

(Also, I’m not sure whether it was the localizer’s decision or the original text, but whoever took the time to reference such a watershed queer work in the episode title gets a personal hat tip from your truly.)

When given was announced, Vrai and I fought so strenuously over it that y’all get not just one, but two of our takes on it! And I’m sure they’ll be wildly different because, as you know, the two of us have absolutely zero taste in common. None. Zilch.

Silliness aside, why did we fight over it? You see, both of us enjoy queer romance, but BL in particular has some low bars that it constantly, constantly trips over. BL stories so often lean on outdated essentialist tropes, or portray sexual assault as an act of passion and lust rather than abuse and power. Given, with its beautiful art and positive reputation, looked to be one of the most promising BL series in years.

One episode in, and it’s keeping that promise.

The episode opens with Mafuyu’s dream – presumably, the dream of a memory. He stares upward, a guitar screen snaps, and a pair of feet dangle in the air in front of him. The next few minutes follow him on the way to school, clinging to a guitar like he’s carrying a stuffed animal.

Though most of the episode is from Uenoyama’s perspective, these precious few minutes, with so few words spoken, perfectly set up the soft-spoken Mafuyu’s character. He doesn’t hold the guitar like someone who knows how to play it or even carry it; he holds it like it’s a lifeline, a desperate connection to someone who left him in the most tragic and permanent way possible. Even though the other characters describe him as “spacey” and “a stray puppy”, he’s more adrift, lost and floating in the open sea.

Ritsuka Uenoyama, meanwhile, has a more straightforward story. He’s a dedicated guitarist, but hasn’t been feeling the same passion lately. He encounters Mafuyu by chance, and after he changes the guitar’s strings, Mafuyu starts following him around and asking for guitar lessons. Although he tries to decline, his bandmates note that he plays with more energy and passion with Mafuyu watching than he has in weeks.

It’s not yet a story about inescapable passion or obsession; like all the best love stories, it’s a story about connection. It’s about two people who can offer exactly what the other one needs at that moment in time, and mutually assist each other, whether or not they’re aware of it.

This is my favorite kind of love story because I believe relationships should be partnerships of equals. When one partner is “fixing” another, when one is significantly more mature or wealthy or powerful, it’s easy for there to be an imbalance that can turn into abuse. Seeing two people learn about each other, grow together, support each other… that’s a much more appealing concept to me.

Of course, I’d be remiss if I didn’t mention Yayoi Uenoyama, the episode’s sole female character. Female characters in BL are often hit-or-miss – although the genre is written primarily by women, there’s a lot of internalized misogyny flying around. We don’t know much about Yayoi yet, but what we do see is awesome. She and Ritsuka have a very realistic sibling relationship – she’s rude to him, he’s rude back. Her few lines are bursting with personality in a way that makes me think of how even the side characters in Yuri!! on Ice felt like real people.

Given reminds me of nothing so much as Beck: Mongolian Chop Squad, if Maho had been a boy. It would be easy to say, “given is more like a music anime than a BL anime!” But that would be unfair to BL. It’s a BL romance and a music anime, one worth recommending to fans of both. 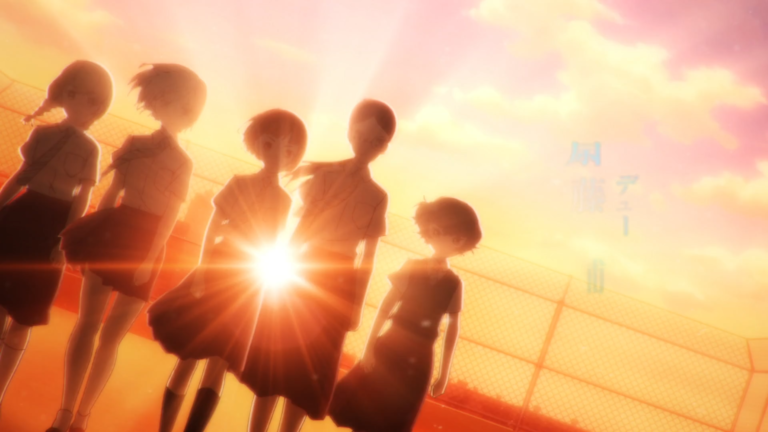 Vrai, Caitlin, and Peter check-in on the Summer 2019 season! 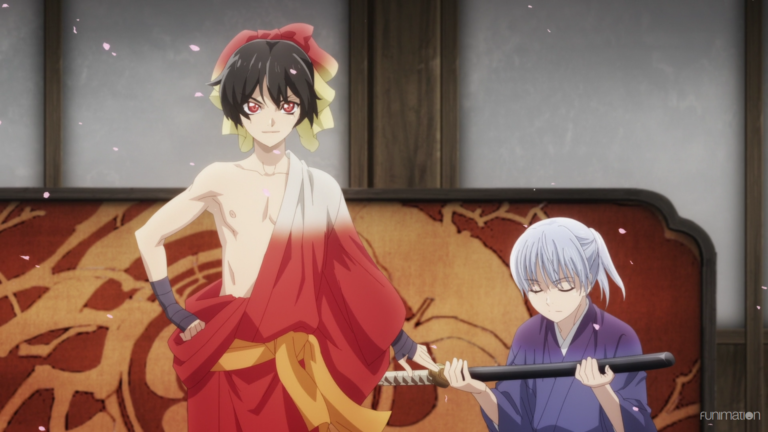 What’s it about? Young Kippoushi, who would later grow up to become Oda Nobunaga, is destined for greatness, but his childhood is marked with a delinquent past. As he aids local street rats in pilfering foreign treasure ships right from under his own father’s nose, the young warlord must face the consequences for his actions […]