What’s it about? Anzu is the first student of Yumenosaki Academy’s Production Program, making her the only female student amongst a bunch of handsome idols-in-training—all of them fighting for a chance to shine in the exhibition known as DreamFes. However, the school’s sparkling exterior belies a cutthroat ranking system that privileges only the best of the best.

I was entirely ready to write this premiere off as embodying the worst of the worst traits of a lazy otome game adaptation: it uses a POV camera for several scenes, which is a device I hate all the way down to my bones; the self-insert protagonist Anzu has about a dozen lines, all of which are either colorless or parroting words back to a male character Solid Snake-style; the introductions of each Hot Boy feel like clipped route introductions with no regard for how a TV series flows differently from a mobile game, and the overall production has an unsettling plastic sheen.

All of those things are true, but then the last third of the episode had to go and have a heart on me. I’m not entirely sure it has the brains to go with it, but now I’ve got this big pile of sincerity sitting in my lap and I’m not quite sure what to do with it. Very frustrating. Rebooting.

It’s worth noting, as always, that while I’ve grown an appreciation for slantways entries in the genre with unusual gimmicks like Revue Starlight and ZOMBIE LAND SAGA, straightforward idol shows are very much Not For Me.

I’m both uninterested in your standard battle-of-the-bands rise to the top plot and lacking the eye to tell whether it’s hitting common tropes with particular nuance. Did I like that the impromptu idol duel turned into a physical fight that involved the liberal battering of an electric guitar? Yes. Could I tell you the history or lack thereof of male idol battle anime? Not really.

It wasn’t until the very last scene that the series plays its best hand: Yumenosaki Academy is really only interested in manufacturing identical, soulless idols, and any students below the very top tier shouldn’t expect to get jack in terms of support or reach.

The show pulls its punches a little bit by throwing in an evil, all-powerful student council to pin this on, but it’s still a shockingly direct criticism of an industry notorious for churning out groups and treating any kids who aren’t money-makers like trash. The final lines of the episode lay down a call for out-and-out revolution.

It’s a guts-on-the-table sort of pitch, and I admire it. I’m not, however, sure that the series will be able to fully deliver on that premise while still being bound to both its origins as a mobile game and the aesthetic conventions already established in this first episode. I’d love to be surprised, but for now I’d call this one to check out only if you’re already big into the idol genre. Who knows, though—I’ll be keeping my ear to the ground. 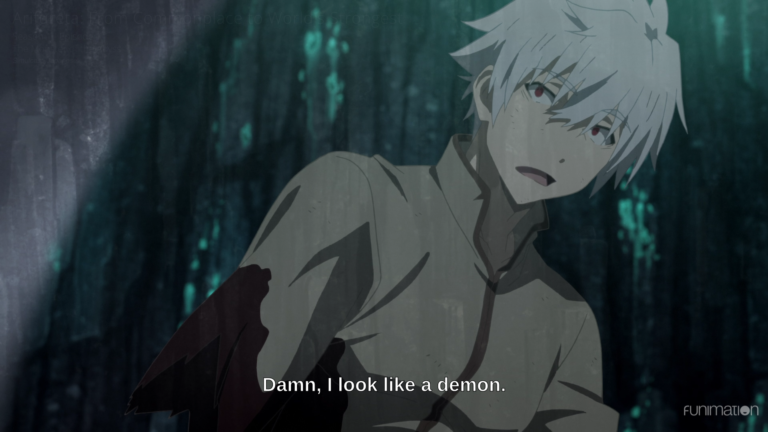 What’s it about? Hajime Nagumo finds himself alone in the deepest levels of a dungeon. Not long ago, he and his entire class were transported to another world and granted special powers. Hajime received the power of transmutation, which makes him useless in combat and a liability for his party on raids. Now, he’s at […] 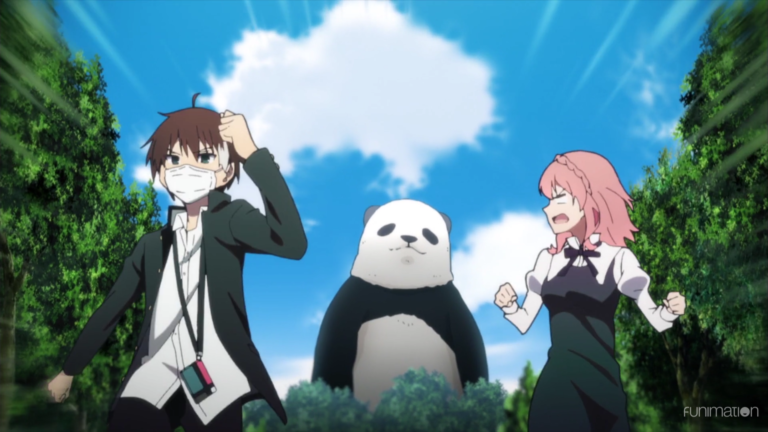 [Review] The Ones Within – Episode 1

What’s it about? Akatsuki, a Let’s Play streamer who’s made a name for himself focusing on escape games, has been accepted to play a special game. Right after reading the email, he passes out and wakes up in an unfamiliar forest next to an unfamiliar girl. Soon, a man in a alpaca hat tells them […]