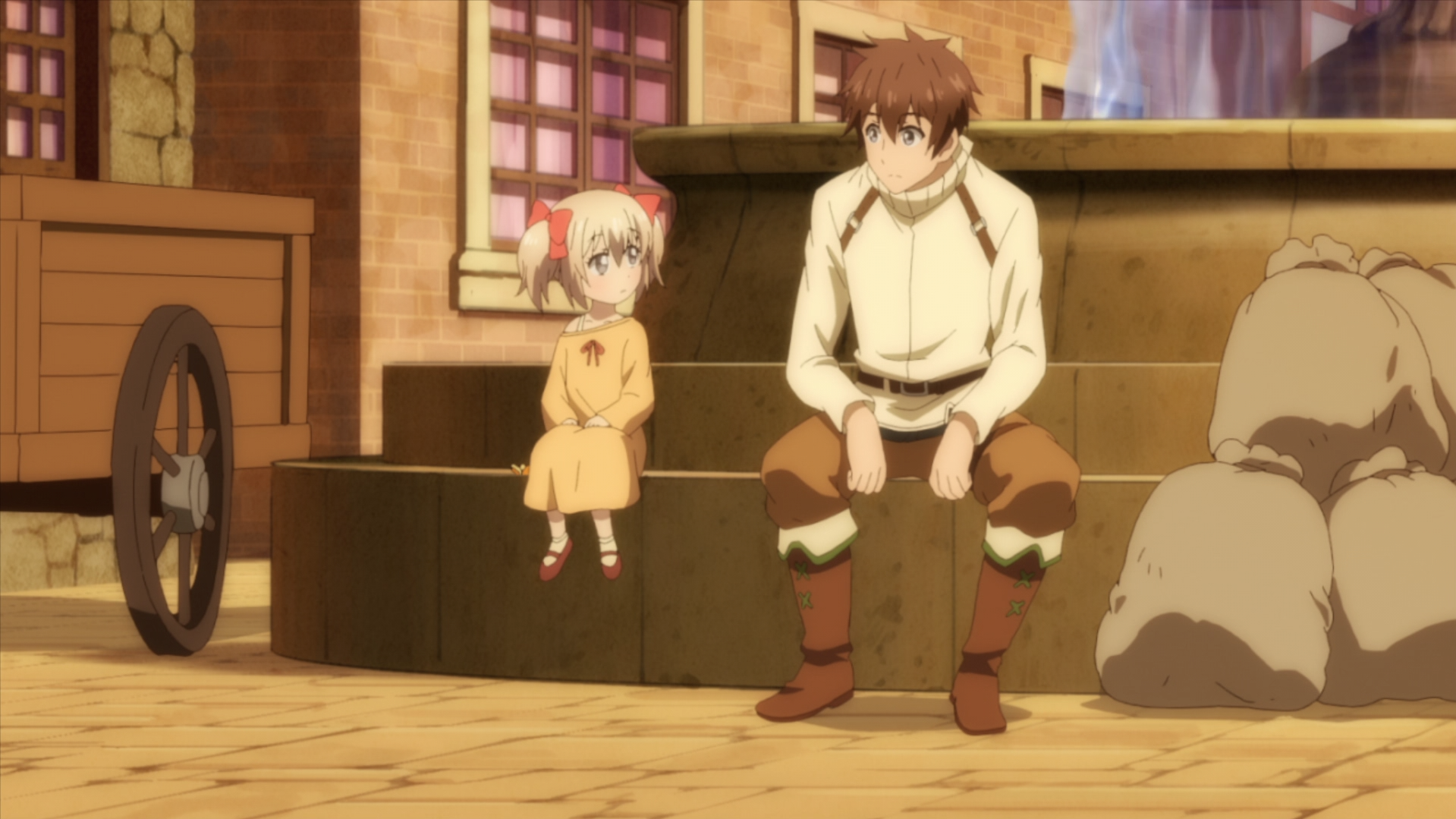 What’s it about? One night, when the adventurer Dale is out on a job, he happens upon a young demon girl. She’s all alone, hungry, and one of her horns is broken off, meaning she’s been cast out of demon society. Dale decides to feed her and take her home with him, even though the life of an adventurer isn’t exactly conducive to child-rearing.

You ever bite into a dessert and think, “This is way too sweet”? When there’s no acid or salt or spice to balance out the pure sugariness, things just don’t taste very good or satisfying. There are two kinds of anime about children: ones that do have some spice or salt, and ones that are nothing but artificial sweetener. If It’s For My Daughter, I’d Even Defeat a Demon Lord is the latter.

It’s not that I don’t like kids. To the contrary, I’ve made caring for children my life’s work. But more than just liking children, I know children. They’re funny, weird, challenging, creative, frustrating, complex little humans, and that’s what makes them great.

Latina (yes, that’s her name) is none of those things. Latina is cute. She bathes cutely, eats cutely, talks cutely, sleeps cutely. The show really wants you to see how cute she is, with long shots of her doing absolutely nothing but being adorable. Even the ending theme is just her walking around wearing various cute outfits.

Y’all, I am not here for this brand of cute. It’s as much in that uncanny valley as fictional women who act like props for men to project their fantasies onto. No, I’m not saying watching this kind of anime makes someone a pedophile. But it’s the same kind of process – eschewing a much more complicated, interesting, and human facsimile of reality in favor of an easy fantasy. It’s a not-necessarily-sexual fetishization of innocence and purity that just doesn’t sit well with me. Latina might as well have been a torn stuffed animal that Dale picked up and restored as a living little girl.

That’s not just because of her lack of personality, either. I love me some single dad anime, I sure do. I love them not just for their small-child cuteness or because a man who’s good with kids is intensely attractive (listen, I know many of you out there agree with me!!). I love them because I love stories about someone’s life irreconcilably changing and how they must cope with it.

The birth or adoption of a child, the loss of a spouse… things like this have profound effects on how the people affected live. The best single dad stories are about how the fathers must rearrange their lives around being solely responsible for a small, irrational human.

As for Dale… well, it may be too early to tell, but from what the episode shows, things probably aren’t going to change much for him. Rita, who works at the inn where he rents the attic to live in, reassure him that they’ll babysit Latina when he has to leave for days at a time for work. You know, like taking care of a kitten while its owner goes on vacation. She finds a hairstyle that’ll cover up her broken horns as well, eliminating any possible stigma over her being a demon. He’s just kind of a potato, both in looks and personality.

Remember that old rhyme, “Sugar and spice and everything nice, that’s what little girls are made of”? Well, obviously people don’t say it much anymore because it’s gender essentialist and inaccurate to boot, but even that has more promise than Latina.

Some spice would vastly improve the experience of watching If It’s For My Daughter, which thus far is more like being force-fed sugar cubes for a half an hour–even without it being clear as to whether it will follow in the nastier footsteps of its source material. No thanks.