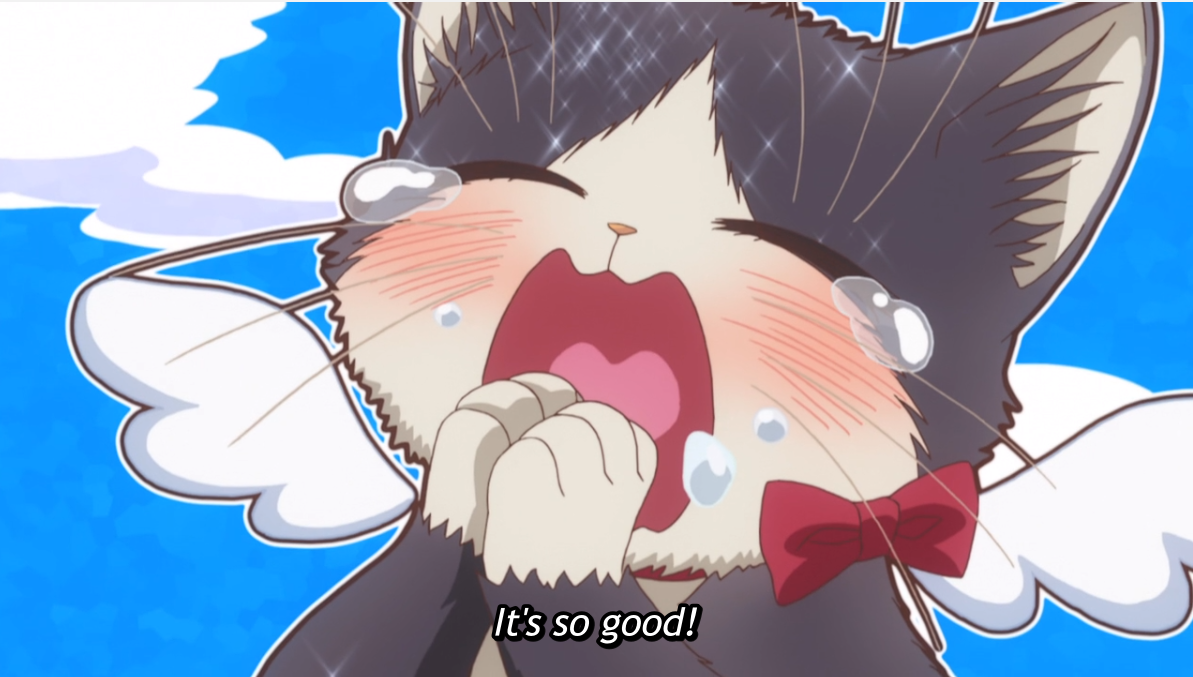 This week: a refresher on how art is political, problems with the already small amount of transmasculine representation, and a history of gyaru/gal fashion.

[Feature] Demonesses and the Men Who Abuse Them: The real tragedy of Junji Ito’s Tomie

Yedith Barraza digs into the Tomie stories and the troubling undercurrents of a female monster who “makes” men act possessive and violent toward her.

Vrai celebrates the young queer director, whose works emphasize consent, communication, and the importance of platonic as well as romantic bonds.

[AniFemTalk] Do you watch OVAs?

Direct-to-video anime is less accessible now—or rather, TV anime is more accessible than ever. Do you still watch OVAs?

A photography essay collected in the lead up to this year’s Day of Remembrance, intended to keep the memory of Japanese American and Japanese Latin American internment alive as history repeats itself.

What is shared among the women photographed here is a sense that history is repeating itself with horrific accuracy. (Not to mention that the scar tissue of incarceration grew on top of still-open wounds: The camp at Gila River, in Arizona, was built on indigenous land, over the objections of the Gila River Indian Reservation.) There is an echo of Roosevelt’s executive order in Trump’s national emergency declaration, both of which seem almost banal on paper; all 9066 did was to exclude certain people from certain places, then empower certain others to “relocate” them, just as Trump’s national emergency “diverts funds.” Clinical language belies an American predilection for state violence. The familiarity of the word camp is especially insidious; musician Shirley Muramoto says she always believed her mother was talking about a summer camp when remembering her incarceration.

So the act of counter-documentation becomes resistance. “Telling our stories will keep us alive,” writes Tani Ikeda, a documentarian who filmed at the deadly Unite the Right rally at Charlottesville, Virginia; at the Women’s March on Washington; and at Los Angeles International Airport when Trump’s travel ban went into effect. “They will open the heart of this country by breaking it.”

The othering of foreigners as hilarious oddities is an especially pressing issue as Japan prepares to open its doors to more immigrants than ever before.

“Why Did You Come to Japan?” became so popular when it first aired in 2012 that it got a prime-time spot on TV Tokyo the following year. The concept is simple: Find foreign-looking people, mainly tourists, and interview them about why they are in Japan. The targets are nudged to say what they find cool about Japan and what makes the country unique. These clips are then edited together and aired to the general public.

The show features appearances by Nigerian-born TV personality Bobby Ologun, who often stars as comic relief in variety shows by making banal mistakes in heavily accented Japanese. Although he is fluent, Ologun has made a living through his persona, acting the confused foreigner.

A similar show on NHK titled “Cool Japan,” named after the ongoing government initiative to promote Japan since 2005, gathers non-Japanese in a panel to discuss what is great about the country. Thus, non-Japanese in Japan are either depicted as silly (Ologun) or eternally fascinated.

On the flip side are TV shows in which a Japanese crew travels to other parts of the world in order to “get to know other countries.” However, the reality that people lead generally similar lives overseas holds little entertainment value and, instead, shocking customs and items from other countries are presented to a Japanese panel who comment on how strange they are. And this is what audiences are left with: The outside world is strange, often dangerous, and other.

A useful primer on the concept that all art is inherently political, even if it doesn’t have a stated agenda.

Ubisoft would have you believe that The Division 2 makes no political statements while it exploits political imagery for marketing purposes. In another case of the game industry wanting it both ways, games claim to be apolitical but are more than happy to talk about governments, terrorists, and civil unrest. It’s dishonest and it’s craven. Even a game desperately trying to say nothing is, through such desperation, saying something. In fact, it’s saying a lot.

A short history of the gyaru/gal fashion boom of the 90s.

Despite the eventual branching off of the style, there still remained several key elements that were found within practically all versions. The most strikingly obvious is the appearance and presentation of the face, characterized by heavily tanned skin (level of tan varying according to subcategory) and contrasting bright, dramatic makeup. Hair was also often bleached, again varying in lightness, from brown to blonde, depending on the subcategory.

Among the different variations, the most dramatic in appearance would be ganguro, a subcategory that stemmed from opposition to the original gyaru style. This took the tanning to another level, as girls’ faces became much darker to the point of looking burnt, and the makeup became much brighter, creating an even more extreme contrasted look.

One issue with the growing gyaru movement was that, as the style expanded, unfortunately, so did the sexualized view of these young girls by lecherous older men. It was in response to these inappropriate reactions that some girls took the rebellion further by adopting the ganguro look in an attempt to shut out and turn off men, almost as if to say “Oh yeah, whose sexy now?!” Their focus shifted to their fellow female peers, and the fashion statement became more of a way to gain acceptance into those “gal circles” rather than to attract men.

The law would’ve punished any use of copyrighted images not just on piracy sites but also on blogs and social media.

In a meeting held last month in the Diet by manga artist groups and researchers, cartoonist Ken Akamatsu said he collects work online as part of his research and said that the bill that bans downloads of all kinds of copyrighted materials “goes too far.”

Keiko Takemiya, head of the Japan Society for Studies in Cartoons and Comics, said at the same meeting that the bill could have an adverse impact on the creation of fan fiction, in which people create stories based on existing works that they like. “Fan fiction represents a love for manga,” Takemiya said. “We don’t want the close relationship between artists and fans to collapse.”

THE FLOWER LANGUAGE OF LIZ AND THE BLUE BIRD (Atelier Emily)

A (spoiler-heavy) analysis of how the film’s visual language deepens its story.

It should come as no surprise to anyone familiar with the work of Naoko Yamada that flowers and flower language have their place in her latest film: Liz and the Blue Bird. For Yamada, flowers take the place of things left unsaid when people are unable to express their feelings for each other due to a physical disability (A Silent Voice), mental illnesses or internal fear (also A Silent Voice), societal expectations (her episode of Violet Evergarden), or myriad other reasons. When important context goes unsaid, Yamada frequently turns to flower language to do the emotional heavy lifting.

The result showed 42.5 percent of lesbian, gay and bisexual people and 87.4 percent of transgender people answered that they had uncomfortable experiences during job interviews.

An interview with the talented cosplayer, prop maker, and aspiring dressmaker.

BNP: What are some issues you wish to combat in the cosplay community?

KK: Racism, “blackfacing,” colorism, and “race versions of characters;” bullying, body-shaming, elitism, literally anything negative in the cosplay community. We all cosplay for our own reasons but also cosplay is supposed to be for fun, and we all need to be respectful and support each other.

BNP: Who is your favorite anime hero?

KK: Saitama from One Punch Man. He mostly minds his business unless it’s blown in his face and he’s broke but still likes to help people, and I’m about that life.

Thread: A discussion on the dearth of transmasculine representation and diminishing of transmasc identities in media and real life

The fact that DORORO seems content to frame its titular character as a SEKRIT GURL despite MAPPA being fresh off ZLS and the manga having actual material to work from/expand on (the anime hasn’t been any bout changing other stuff around) has left me w/ transmasc rep blues. Thread pic.twitter.com/r3iXDq6gMV

Thread: A discussion of a major figure in the anime sphere with a long, documented history of harassment and bigotry

A man named Mikhail Koulikov recently showed up in my mentions. He is the current curator of a venerable database of academic research on anime & manga. I didn't think much of it, and recommended the site to students looking for material. Turns out Mikhail's a real piece of work.

One thing’s for sure: the definition of OVA has definitely gotten a bit more fluid over the years, huh?

Right now there's just no good legal solution for watching them, the only ones that get licensed (if they get licensed at all) are attached to mega popular TV series. This feels like a particularly growing problem as anime production shifts more towards movies and away from TV.

(2) But, I will say! I have a soft spot for those OVAs which are bonus content for an anime adaptation. Ex: things that are for later in a series (Yona's OVAs are a good example of this), or the FMA 2003 OVAs, which were unique and still flood me with nostalgia.

I'll watch them though it's harder to do so since it seems like so few get localized for streaming *cough*DOUKYUUSEI*cough*. I prefer self-contained OVAs as they're like the visual media equivalent of short stories. They don't require as much time investment as a series or film