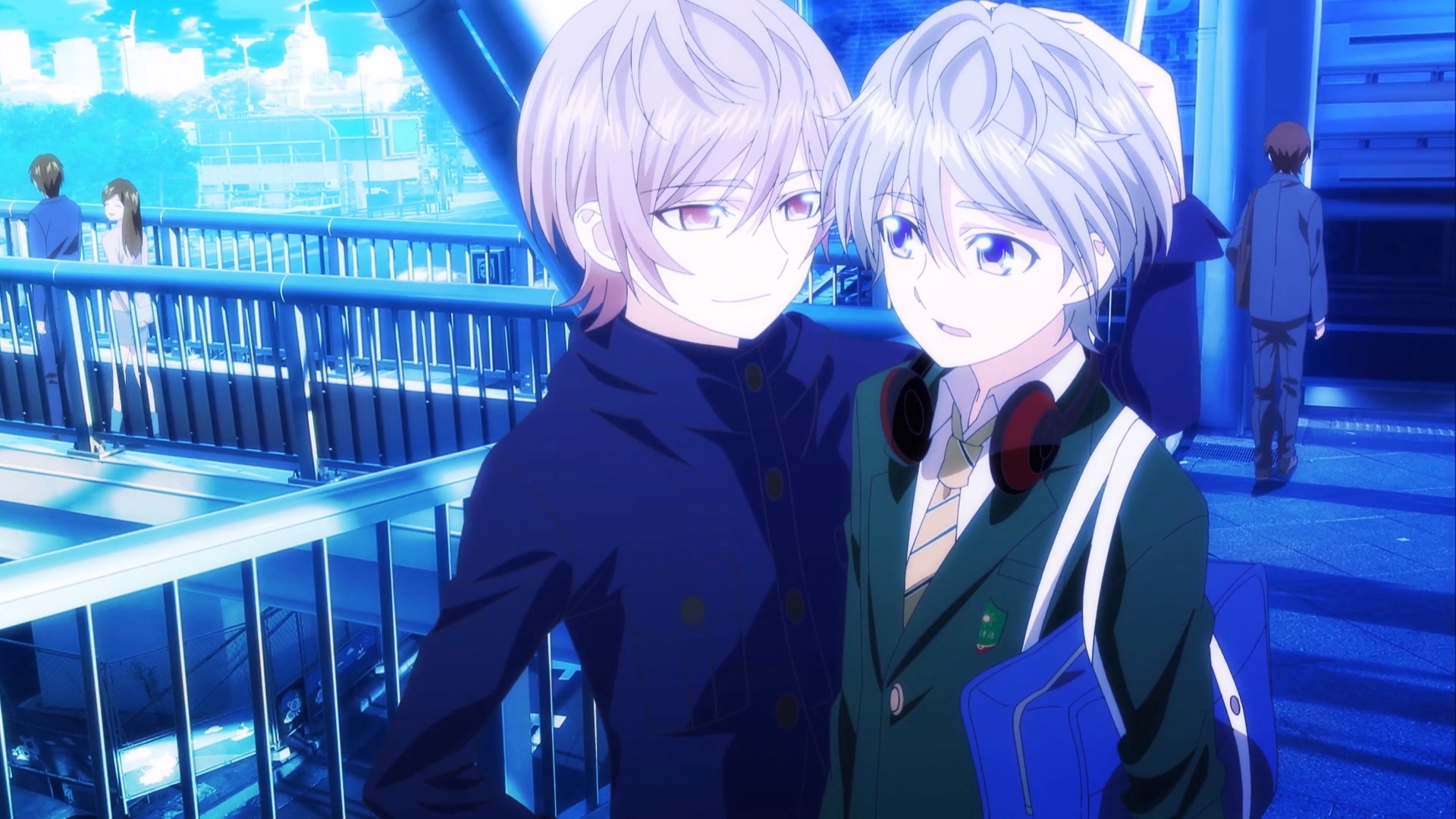 What’s it about? Middle school DJ Yukiya lives a classic Generation Z life. He became a minor YouTube star through videos of him DJing, but his view numbers have been waning lately. He wants to go to a high school with a music program, but his father is against it. He wants to date girls, but if he holds hands, both of them get pulled into an alternate dimensio—wait, what?

I spent a bit of time hemming and hawing over whether to write this review or let it go as a sequel. None of the promotional materials mentioned this is technically a sequel to the ignominious Hand Shakers, one of the most incompetently produced shows of 2017. On the one hand, I don’t get paid if I don’t write it. On the other hand, this show is really really ugly and bad.

Oh, it’s not the kind of bad worth getting angry about. Don’t hope to read this review and find me furiously spitting acid over rampant misogyny or sexualization or slavery apologism. I’m saving that vitriol for Rising of the Shield Hero, which I’ll be reviewing next.

The only thing that gets me mad about W’z is their rampant misuse of the International Phonetic Alphabet, which claimed the title is pronounced something like “weathe” but Yukiya’s DJ name seems to be pronounced “wise.” Don’t screw with the IPA if you don’t know what you’re doing.

Not that the creative team behind W’z knows what they’re doing at all. It’s impossible to list all the visual sins here, including poorly integrated CG, weird camera angles, strange color gradients that change characters’ hair color if they move from one side of the frame to the other, and probably the worst perspective I’ve ever seen that was drawn by a professional artist. It’s so bad as to be a curiosity, but if you’re into that, you probably already watched Hand Shakers and this certainly doesn’t offer anything different on that front.

At the center of W’z is a premise that’s actually pretty objectifying if you stop and think about it. Yukiya transports to an alternate dimension if he holds someone’s hand. Of course, he chooses his female childhood friend and uses her as a vehicle to get to a dimension where he can perform a live set in what would normally be a busy Osaka intersection and broadcast it to everyone in the “real” world. As the two don masks and she dances while he spins, he thinks to himself that she won’t have any memory of this.

That’s right. The girls he takes with him have no memory of what transpired in that alternate world. This leaves him free to use them to bounce from dimension to dimension with no regard for them, because what does it matter? They won’t remember. He doesn’t explain what’s going to happen to her, just kind of grabs her hand and nyoom! Now she’s dancing around as he spins incredibly boring techno music.

She’s like a walking wormhole to him, a convenient form of transportation. It skeeves me out in a way I can’t totally describe, because pulling girls into situations without their full informed consent and not really worrying about it because they won’t remember pulls up some very bad associations for me.

Don’t bother with W’z. If you want to see a kaleidoscopic visually garish series, check out the original Hand Shakers instead. It’s everything this is, but even more ridiculous. If you’re going to be bad, you might as well be the worst, after all.