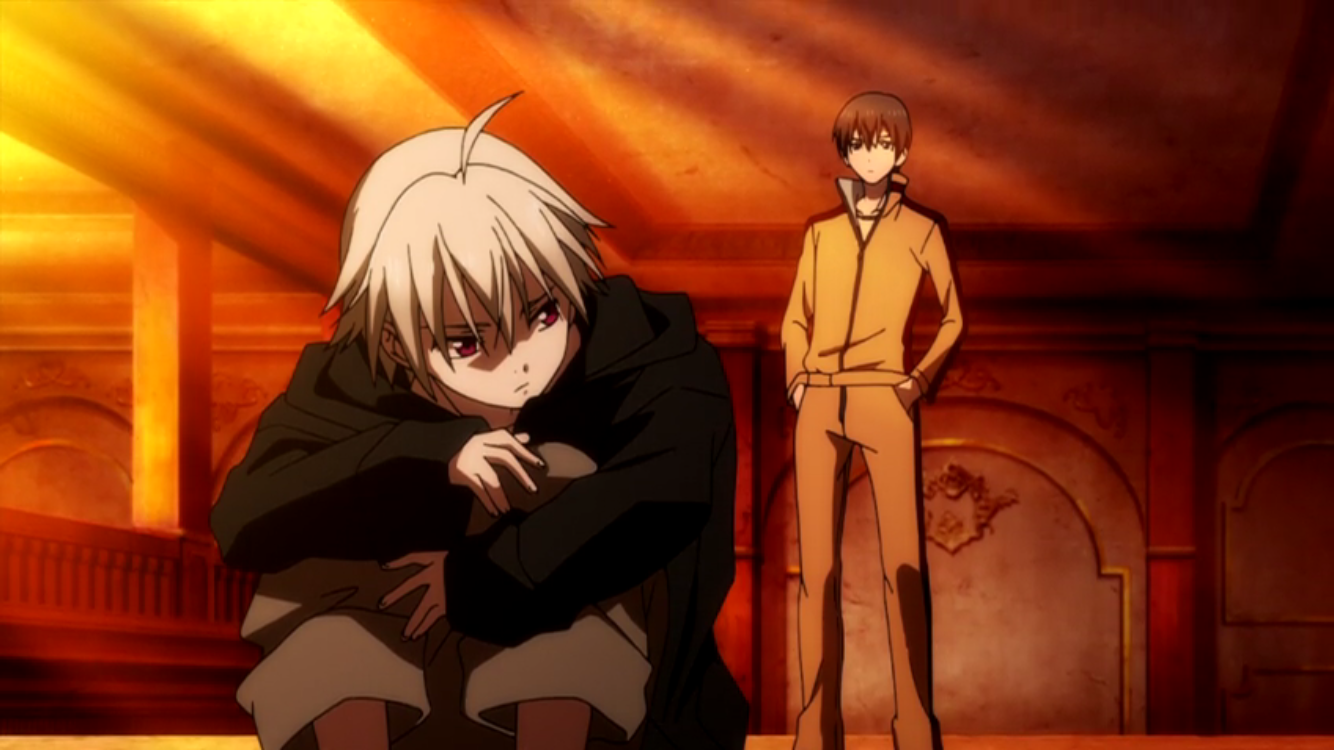 Akechi Kogorou is a detective working with the police to investigate a suspicious incident with a security robot. Kensuke Hanazaki is a teenager in the Boy Detectives’ Club. Working on a case one day with the assistance of frill-loving shut-in Noro, he comes across Yoshio Kobayashi, a boy with a destructive force around him that slices through anything before it can get close enough to make contact.

I didn’t dislike this as much as Bloodivores, and that’s all I can say about it. The charming rascal character, Akechi Kogorou, shows himself to be a creep when he agrees to take on a job from a police commissioner for a 30% surcharge OR a grope. Her choice! (She ends the call.) The police commissioner herself actually seems fine; she’s a professional woman who wears trouser suits and shirts that fit without gaping. Low bar cleared! She also has no interest in the creep, and good for her. Unfortunately, I could see that changing before the series ends, due to him being so charming and all. Also, she’s a pretty minor character.

The emotional heart of the story lies with friendly, adventurous Kensuke and isolated, desperate Yoshio, who is constantly looking for ways to kill himself so no-one else will be hurt by the force around him. Kensuke is intrigued by Yoshio’s power and keen to use it to help people. There is an interesting story to be told about a boy with devastating power reluctant to use it at all then learning how and when to use it for good. However, that story is called Mob Psycho 100, and I doubt Trickster is going to do it better.

My biggest issue with the show is technical/hacker type character Noro, a young girl whose outfit looks like it could belong to a six-month-old baby but for the sailor collar and bared midriff. She’s also apparently a hikikomori, someone who feels so unable to cope with the outside world that they shut themselves in their room for six months or more. Reasons for becoming a hikikomori include: bullying, crumbling under exam stress, complete parental relationship breakdown, abuse. Noro, like so many “hikikomori” in anime, is remarkably chatty, cheerful and fully dressed in fussy clothes for someone in that situation. Hikikomori as a quirk rather than a symptom of anxiety or depression is a pet peeve of mine, and Noro is easily the worst example I’ve seen so far.

I will probably watch more because I’m a sucker for platonic ‘opposites attract’, but it’s highly unlikely to become a favourite.