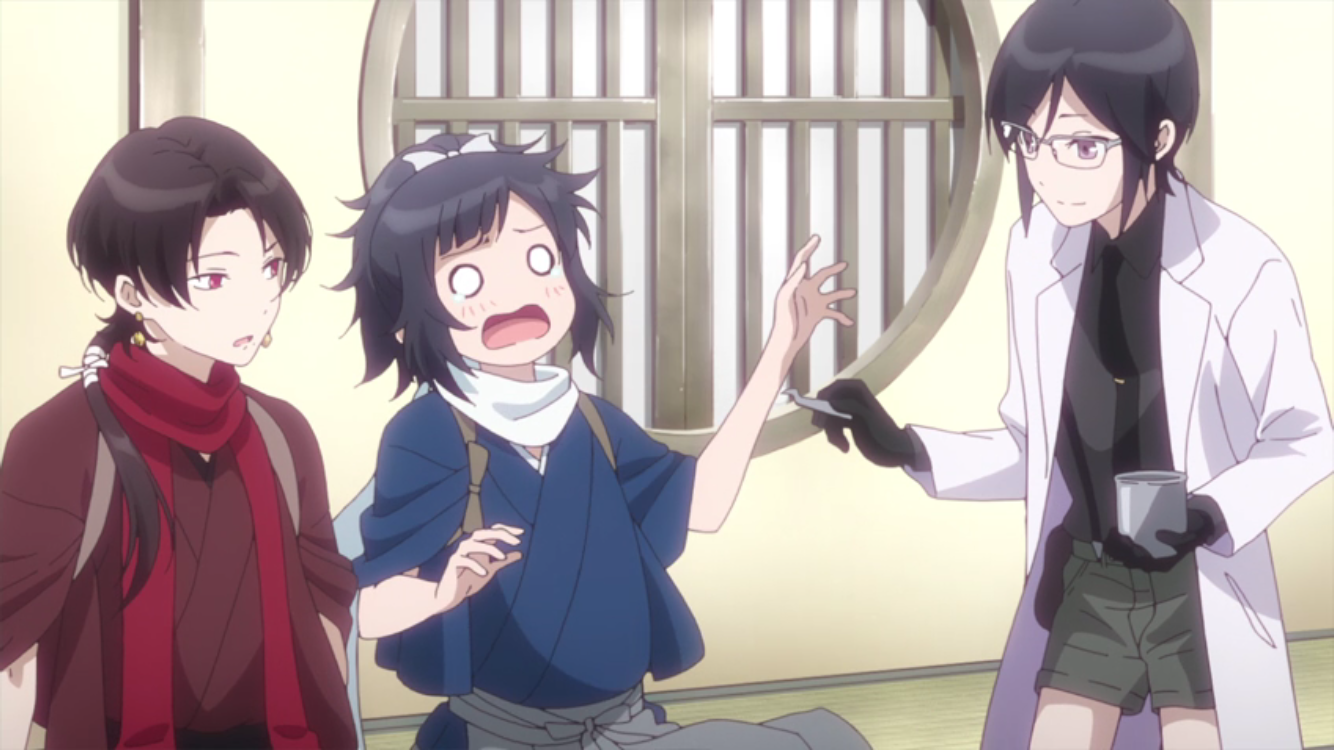 In the year 2205 a group of, like, 15 attractive guys who were actually swords belonging to famous historical swordsmen in real world Japan live together in a traditional Japanese house, from which they travel through time to prevent the History Retrograde Army from changing history.

If you were won over by “15 attractive guys” this could be for you. If that didn’t make its own case, this is probably one to miss.

Touken Ranbu: Hanamaru is based on an extremely popular game and this anime is for its fans. It has no little interest in bringing new viewers in, and any new viewers who do find it intriguing will probably just be inspired to pick up the game.

Main (probably?) character Yasusada wakes up in what they call the ‘citadel’, i.e. their giant old house. He arrived there yesterday. How or why is not made clear. Neither is the reason why half the boys wear tracksuits and the other half hakama. This world is ready-built, and you either get it or you don’t. Five of the characters are introduced at once, appearing on screen together with name cards next to their faces, then… the story moves on. If you’re not already up to speed, this anime doesn’t care. It knows it’s not for you, and wants you to understand that too, as quickly as possible.

From a feminist perspective… nothing to say about this episode, I don’t think. There are no female characters, no (canon) queer characters, your standard range of BL archetypes (i.e. a range of masculinities, so that’s something) and some questionable character design. Short shorts with a shirt, tie and doctor’s coat is certainly a look. If I’ve missed something, let me know. This anime is clearer on what it is and who it’s for than anything to do with the narrative.

So this will be a short review. If you know of the game, check out the anime. If you’re intrigued by the anime, check out the game. If neither of these things interests you, move along. There’s something like 50 new anime out this season, find another anime that actually wants your eyeballs.