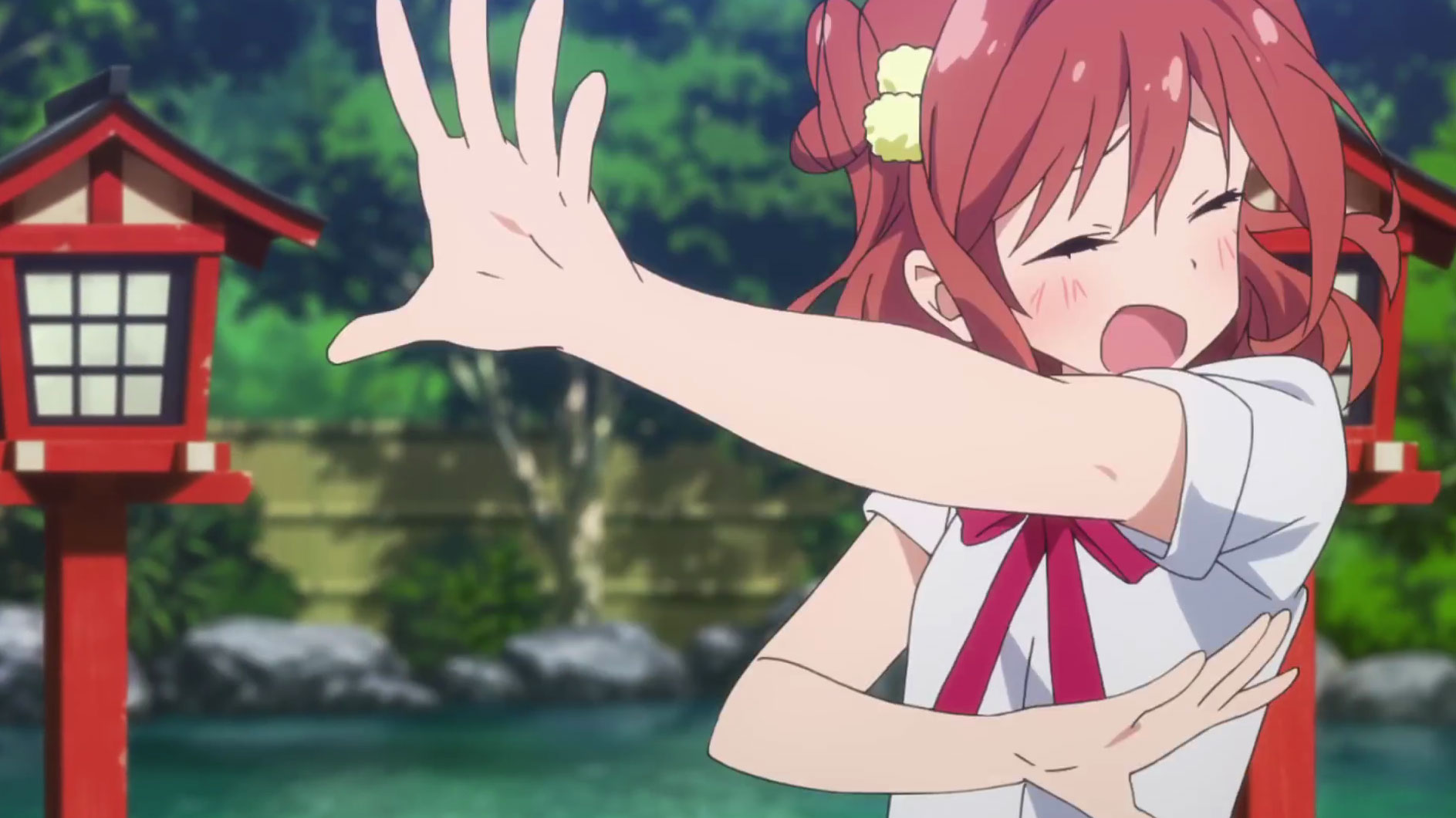 Matoi lives with her police detective dad and works as a shrine maiden, just wanting a normal life. One day the shrine is attacked by a suspect in the case her dad is working on, only his form changes and becomes monstrous, needing something magical to exorcise him.

Matoi the Sacred Slayer feels dated. From its animation style to its sense of humour, the whole thing feels like a step back into the 90s, and not in a good way.

The humour is consistently uncomfortable. A Dana Scully FBI type shows up to help Matoi’s dad with his investigation, only she has dressed in a short skirt and a low-cut blazer that shows off as much as her cleavage as possible – as a professional detective would when trying to work with another agency, obviously. There is lots and lots of voyeuristic camera work from the perspective of the shrine’s priest. Which is pretty cringeworthy but there’s worse to come.

Higher than that is Matoi finding herself naked in the woods, because of course. Higher than that though is her dad mistaking her for her mother and pulling her close – boobs first, obviously. This made me wince, and I feel for any survivors of incestuous abuse in particular who watched this scene and didn’t see the funny side.

Seeing a woman drooled over by a religious figure is pretty off-putting, but within the context of the story she is an adult who chose to dress that way and is not touched without consent, so it clears my personal low bar. Seeing a young teenage girl humiliated with her body for comedy value is my breaking point. Doing it twice in one episode is a dealbreaker.

The next episode preview suggests that Matoi the Sacred Slayer sees embarrassing its lead character as a comedy goldmine, and getting her dad to grab her breasts was just its opening gambit. There may be some good things in this eventually, if you’re into dark magical girl shows and not put off by non-consensual incestuous groping then sure, give it a try, but I’m done.