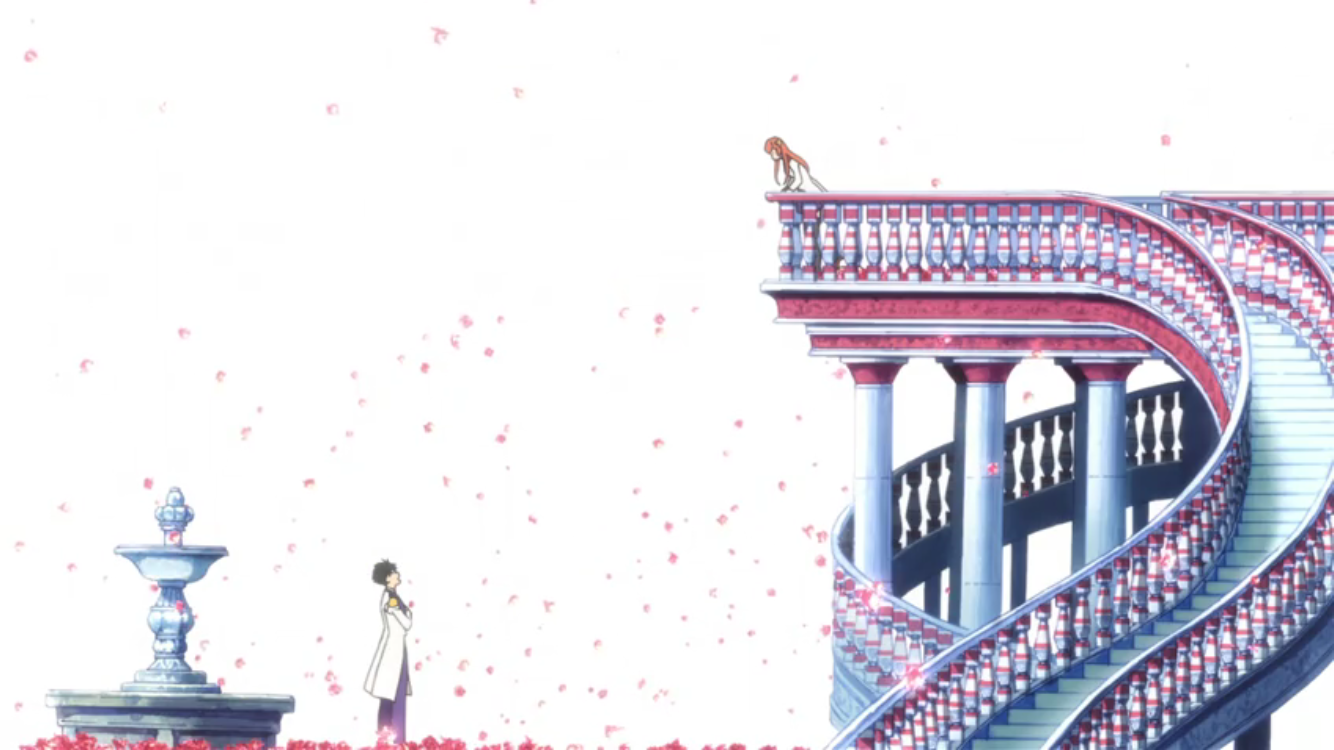 Kohana Aigasaki has finally passed the entrance exam to transfer to Hoshinomori School of Magic, where accomplished artists – or “artistas” – can make magic. There’s only one problem – her art, flower arrangement, has never yet brought out her magic. To make matters worse, her mother had been a famous artista and expectations are high.

Kohana is sweet and likeable, with a simple goal – to become as accomplished an artista as her mother – and the drive to succeed in it. We see her as a child, being inspired by her mother’s ability to turn flowers into fireworks, then as a teenager working hard at her art in an attempt to draw out her own magic. She speaks to everyone in the same way, from the most intimidating prodigy in her year to her queer-coded roommate.

That’s not going to go anywhere but fanart though – the cold open and opening credits are a flash forward to the end of this series, the cultural festival Kohana must work towards, and it is made very clear what relationships she will end up having with the male characters around her. There will be no surprises in this anime; the focus is on the journey, not the result. And I have to say, I’m on board.

Magic-kyun! is one of the few anime directed by woman, and it is shojo through and through, with sparkles aplenty. The opening gives a more otome game/idol show impression than is representative of the rest of the episode, which consists mostly of small, intimate moments of Kohana on her own observing the world around her or interacting with one other person (reverse harem this is not).

It reminds me most of Fruits Basket, where Tohru is a consistent beacon of positivity and hard work in a world of troubled young men and women, looking up to her deceased mother as a role model and source of strength. I love Fruits Basket, and from what I’ve seen of Magic-kyun! so far I think I could enjoy this too.