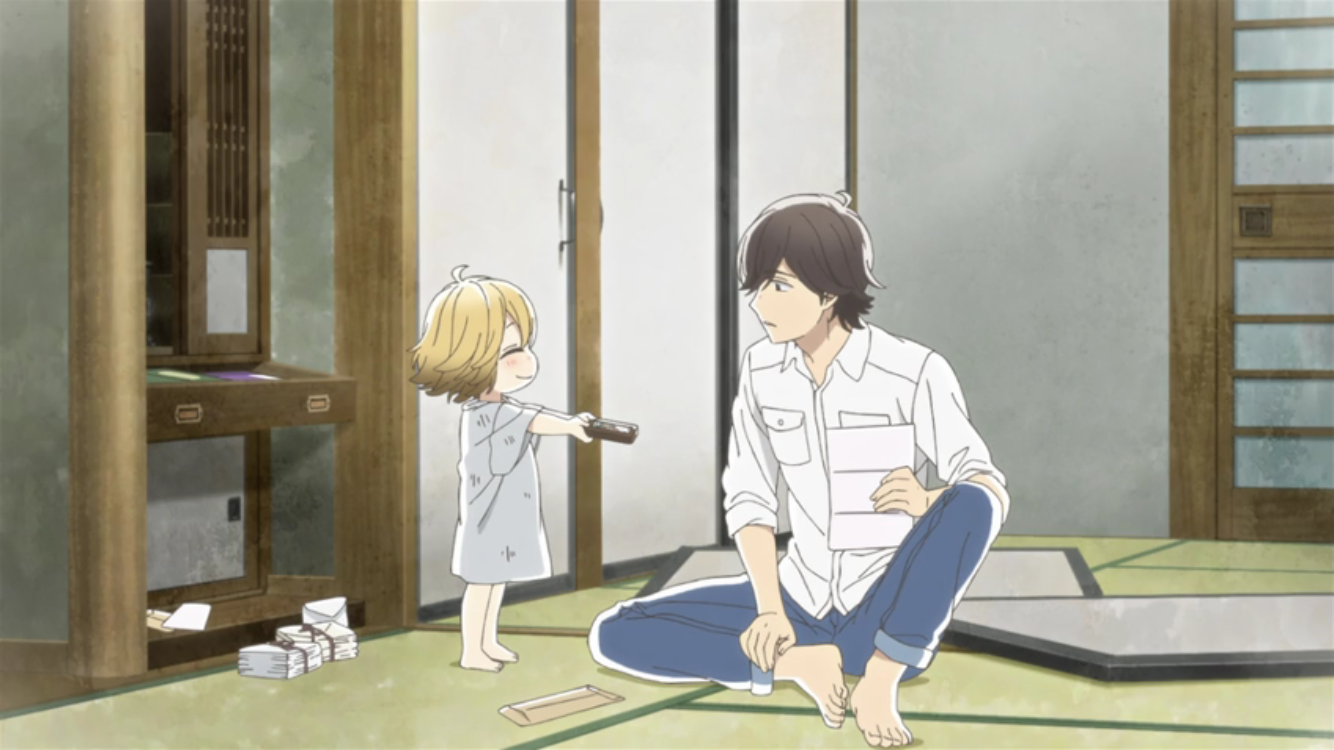 Souta moved away from his hometown in the semi-rural udon capital of Japan years ago to go to Tokyo. Coming home after his father’s death, he needs to prepare the family udon restaurant for sale but is distracted by a small child he found sleeping in a barrel of wheat.

This could have been a decent replacement for Sweetness & Lightning, but the child is not voiced by an actual child and that takes all the charm away. At least she doesn’t say much yet. That aside the kid is fine, the character design is adorable and the connection with Souta is sweet and plausible. Souta is bereaved and alone, surrounded by people telling him how great his dad’s udon was and how he should definitely move home and back up the family business. A little distraction would probably be welcome.

This was a genuinely touching episode. Souta saying he never expected to be returning to an empty house at 30 really got to me, especially when flashbacks suggest he left home on bad terms with his father, whom he used to idolise. As with Sweetness & Lightning, coping with loss through new responsibilities outside his comfort zone looks likely to be the path of this anime. Souta’s nostalgic memories contrasting with the emptiness of the restaurant now hit me hard, and I can only imagine it must be worse for anyone who has already lost one or both parents.

This would be compelling enough, but the twist of magic (which justifies a grown man suddenly taking care of a child he finds in his abandoned childhood home) adds a little unpredictability to the proceedings. I know broadly where it’s headed, but now there are more questions about how it will get there.