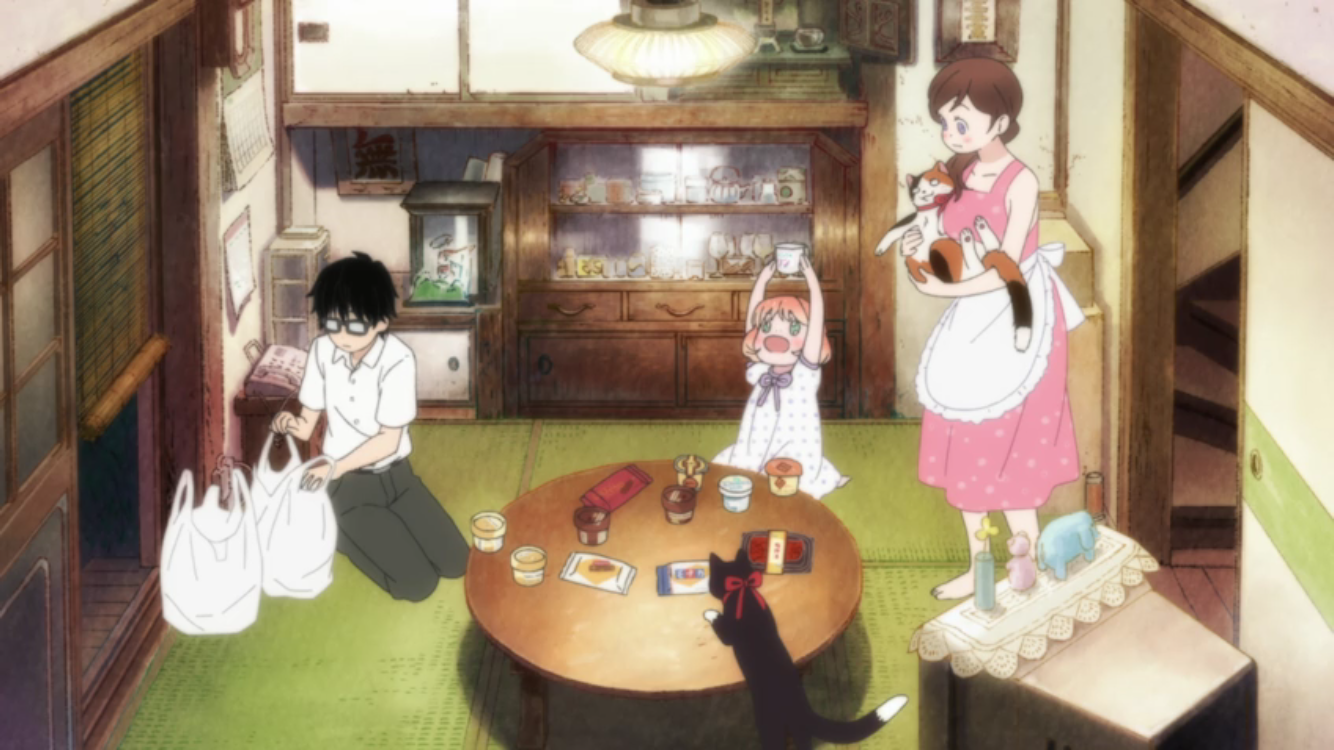 Rei is a seventeen-year-old professional shogi player. We follow him through a couple of days in his life, in which he competes in a shogi match with his former teacher, goes to school and spends time with a family he is close to.

March Comes in Like a Lion has a real mish-mash of tonal shifts, switching from expressionistic evocation of depression to colourful caricature. And yet, it’s handled so skilfully that it doesn’t feel jarring the way Drifters did. Instead, it contributes to the idea that Rei is internally pretty unhappy and isolated, but when visiting Hinata’s family he is at least temporarily distracted by their brightness and warmth.

That said, I’m not sure yet what story it is telling. Slice of life with an unusually complicated protagonist and unconventional art direction? Something more sinister, building on the rage towards his father established in this episode? Or a psychological journey towards managing his depression and reconnecting with the world? I wish they had made this a little clearer, but the visual flair and family’s atmosphere engaged me enough to want to come back.

No feminist notes just yet – the girls are all sweet, straightforward characters, deliberately contrasting with Rei’s dark and complicated inner life, and it sounds like the youngest is voiced by an actual child, always a good choice.

For a premiere that supposedly contained two chapters it didn’t cover a lot of ground, but I suspect we’re being sold aesthetic and atmosphere rather than story and character. I’m in for now, but I hope the next episode gives a sense that this is going somewhere.