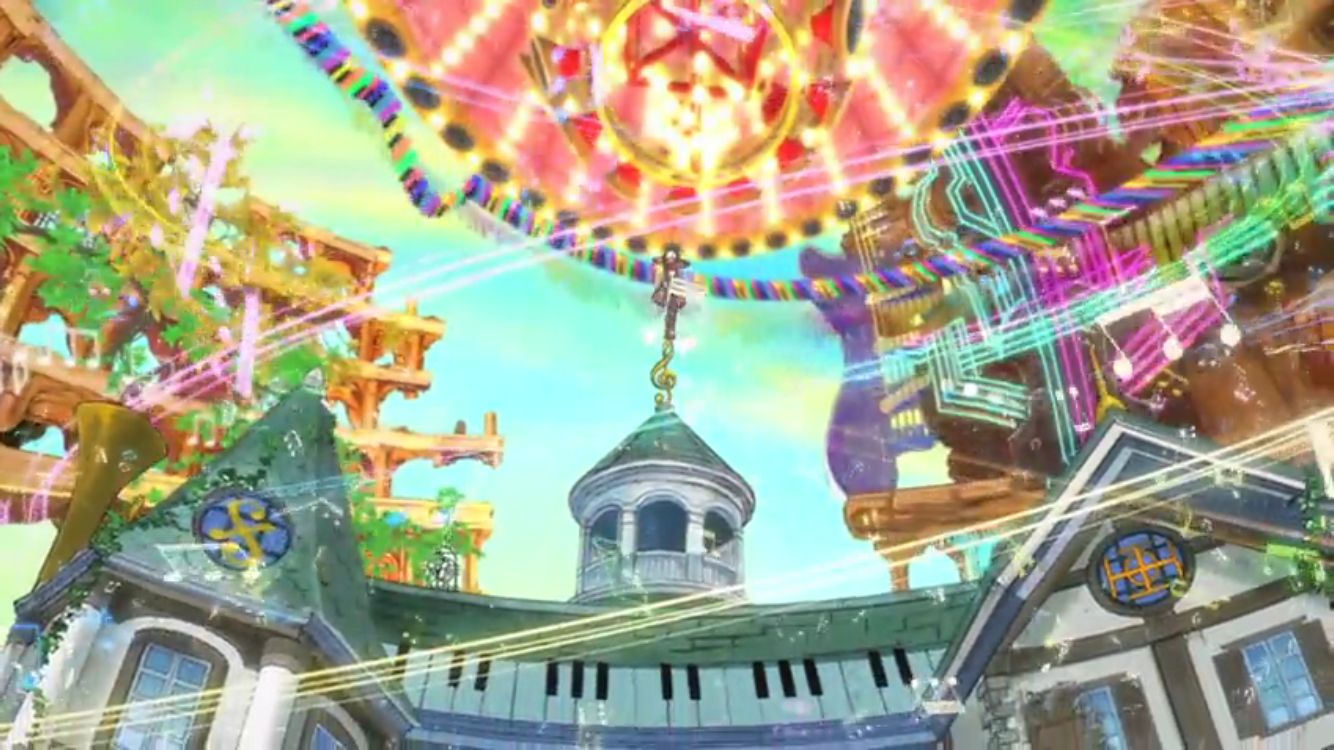 Kanae has inherited her grandmother’s beautiful old mansion, with windows shaped like violins and a pipe organ in the great hall. Grieving her lost grandmother, she tries to kick out her dad’s weird friends, heelie-loving Wolfgang Amadeus Mozart and gyoza-obsessed Ludwig van Beethoven before the mansion is destroyed.

ClassicaLoid features what is probably my favourite cold open of the season, a musical montage of extreme gyoza construction, air guitar and flying computer equipment. I was hooked as soon as they started pulling out the Yakitate!! Japan style exaggerated cooking visuals over an updated classical score.

Silliness is hit and miss for me, but ClassicaLoid sensibly keeps grounded Kanae front and centre and insists that Beethoven (“Beethes”) and Mozart (“Motes”) and irresponsible childhood friend Sousuke at least try to fit into her world rather than the other way around. Even the bizarre, unreal developments of the climactic scene are rooted in Kanae’s connection to her grandmother and the emotional development of her grief, as unlikely as that seems.

There is also the promise of a traditional structure, with Kanae set to be the landlady of her new boarding house of eccentric freeloaders who are under pursuit. What classicaLoids themselves are and what they can do is intriguing, as is the shady organisation pursuing them, led by the imposing figure of Bach in sunglasses. There is a lot of weirdness to balance out, but I get the impression it is underpinned by consistent internal logic and a clear path to an end point. I could be wrong about either or both, but this is a confident and well handled first episode.

I could do without Mozart talking about how great Kanae’s boobs are or how hot she is when she’s angry, but I just have to hope that doesn’t go anywhere. At the very least, we know Kanae will shut him straight down, as she has to do repeatedly in this episode alone. There’s a chance having to keep this bunch of clowns in order is going to keep her in the nagging shrew stereotype, but hopefully episodes in which she’s not grieving will see her happier, more relaxed and responding more with deadpan snark than angry frustration.