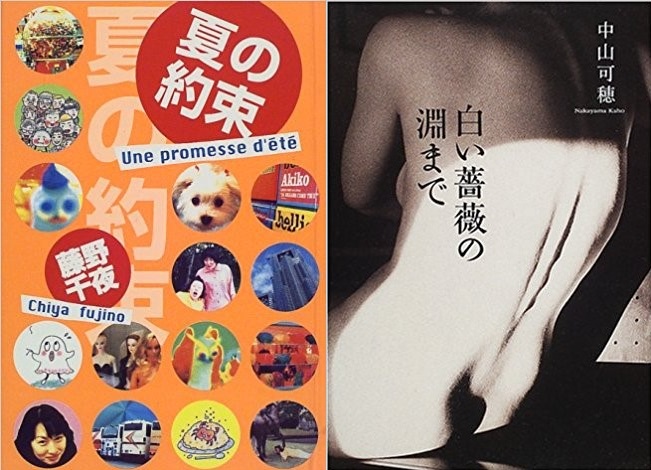 As a Southeast Asian, there are days when I wonder if my feelings are real and worth caring about. Where I live, videos blare about what it means to have a family and to be proper husbands and wives. Heterosexual families are the default unit in Asian societies, and going against them is considered not just sexually deviant but morally wrong. You are not contributing to society. You are not making children. You will dismantle everything society has built up. You are evil.

I am queer and I am guilty as charged. There is nobody willing to defend me. My family makes fun of trans people daily and my cute eight-year-old nieces chatter about how disgusting guys are when they kiss each other and dress up in skirts. I can’t talk to anyone at all.

That is probably why I looked into Japanese queer literature, because they are my only allies in maintaining my sanity. I have tried other queer writers from the West but wound up feeling alienated, even if they’re good writers, because they’re talking about things I don’t face in my day-to-day life.

However, the Japanese LGBTQ community faces the same problems and has the same fleeting dreams I do. These writers can’t be proud of their sexuality like American writers, though they also don’t feel an ounce of sadness when describing their situation. It is “normal” to feel like this when you live in such conservative societies. I look up to these writers, even if they have problems and flaws of their own.

For this piece, I’d like to focus on two very different but equally resonant novels: Fujino Chiya’s Natsu no Yakusoku (Summer’s Promise), a quiet, down-to-earth book about a community of outcasts, and Nakayama Kaho’s Shiroi Bara no Huchi Made (Before the White Flower’s Abyss), a passionate love story between two women in a heteronormative society.

It is my hope that these novels and my discussion of them inspire some understanding of the situation queer Asians live in. My experience, and those found in these novels, are of people who lead plain, miserable lives where every day we are tempted to assimilate ourselves back into society. We pretend to be upstanding men and women who will make families of our own.

But we have our own quiet revolutions found in books. And I want to find and listen to them all.

Natsu no Yakusoku: Bliss in a Hostile World

I don’t always read books to answer questions, but I do think about the similarities and differences between Japan and the society I live in. Nobody I know here is openly queer. Plenty of Japanese people are. So what kind of life do openly gay people lead in the still-conservative Japanese society?

For Natsu no Yakusoku’s overweight, balding Maruo, it isn’t the sexy life you might imagine from a BL manga. It’s learning how to live while his partner Hikaru is always busy in the office. It’s forging bonds with other people whose sexualities and genders are decreed abnormal, like Tamashita, a trans woman. It’s enduring graffiti in public bathrooms that say “you are a homo and you should die.”

In Natsu no Yakusoku, Fujino Chiya draws on her experiences as a trans woman. She depicts a community of outsiders trying to figure out a way to make their lives meaningful despite being rejected by society. Her writing may not be clear or stellar; sometimes, she has pacing problems with scenes that drag a lot. But she makes it clear these people are normal, creating life goals and fighting to attain them like anybody else.

As a result, there’s no intriguing or riveting plot in this story. You just read about characters who are trying to get from Point A to Point B in their daily life. Maruo and Hikaru are holding hands in public when a kid scurries past them and calls Maruo a “fat homo.” Hikaru tries to go after the kid, but Maruo stops him and says this is how society always thinks of them. They remind each other that there are more pressing matters, like the camping trip Tamashita is trying to plan. They shouldn’t be late for the preparations.

In an environment where it seems like there’s nothing to live for, preparing for something as simple as a camping trip gives meaning to meaningless tomorrows. Everybody in the community has promised each other that during summer they will take the trip together and enjoy life. People may look down on it, but the camping trip is important to them.

Any objective is a tiny glimmer of hope that helps make life tolerable. The camping trip is a life goal, and it motivates those involved to go on living and prepare for something in the future. Maruo wants to get closer to Hikaru. Tamashita becomes more open about her gender and sexuality. And to them, every activity is framed as preparation for the camping trip. If the camping trip doesn’t happen, it doesn’t matter. The trip is only a way to think about how you can micromanage tasks and fit them into your overall goal. It’s a reason to keep going.

From the outsider’s perspective, it might seem that these people are leading dreadful lives. But they are happy because they believe in what they are doing. They are walking with hope and grace to fulfill a summer promise they made years ago.

And that is nothing short of admirable.

Shiroi Bara no Huchi Made: Always in the Pursuit of Love

Japanese queer novels are frequently about the mundanity of life and how queer people should learn to find ways to live in a heteronormative society. There are times, though, when I want to read a novel about people who are actively trying to escape the rigid gender norms and societal expectations, which is what made this novel such a pleasant surprise.

Nakayama Kaho’s Shiroi Bara no Huchi Made (Before the White Flower’s Abyss) is a beautifully written novel about two Japanese women whose fates go beyond mere love. The narrator, Kuuchi, finds a translated novel by her dear love, Yamanobe Rui, in the New York City branch of Kinokuniya and remembers the ups and downs of their love for each other.

It seems at first that they’re not meant to be together. Their social standings differ so much that they should have never met: Kuuchi is an up-and-coming employee who always impresses everyone around her, and she doesn’t see herself as either a lesbian or a heterosexual woman. It might be better to call her asexual. The other woman, Yamanobe, has written a novel about an abusive family and it has not sold well. She’s been plagued with writer’s block ever since and hasn’t written a novel in years. But they meet by chance and fall in love.

Their love for each other is sincere, and they both show inner feelings not found in their former relationships. But their relationship is seen as “impure” and “animalistic” by Japanese society. Their passion is considered too much.

Kuuchi and Yamanobe have no choice but to hide their relationship from the public. They try to go on with their lives. Kuuchi thinks to herself on many occasions that she should marry her childhood friend just to make her family proud, but she finds the whole prospect of leaving Yamanobe alone frightening—what if Yamanobe were to get hurt?

Sexuality isn’t the only issue here. Yamanobe’s creativity as a novelist is connected to the never-ending cycle of love and hurt she shares with Kuuchi. She wants to hide in her work and solve her personal problems through plots and characters. But Kuuchi wants to know more about her. To Yamanobe, that’s encroaching on her personal space. She gets angry, but she doesn’t want Kuuchi out of her life.

This is the central dilemma of the book: Kuuchi and Yamanobe have awakened their repressed emotions and feelings for each other through sex, and they don’t know what to do. All they know is they need each other. Their relationship is expressed well through the title: they desire to be both hurt and loved by one another. The two women have had pits of emptiness building inside of them for a long time, but the minute they make love they are not alone. Nothing plus nothing becomes something.

No matter how many times they may push each other away, they find themselves coming back together because they love each other. From their loneliness, they seek each other for sex and love, and that’s why they have the courage to stand up to society. They want the courage to look for a place to stay and call home.

These characters are pursuing something they believe in: love. They don’t see life as mundane but tolerable enough; they see it as a search for a passion that colors their life. If that means they have to escape from the society they live in, then so be it.

Because life is an adventure for love, even if it doesn’t last forever.

There are no pride parades or calls to greatness in these books. They are humble acknowledgments of one’s sexuality in a society that looks down upon us. Society is forever disappointed in us for identifying with a belief that isn’t practical or contingent to the future. All we can do is learn that this is what life is like to be queer in Japan and find a way to move on.

Japanese queer literature sounds defeatist and fatalist if we compare it to American queer writers. Accepting that you are an outcast and not somebody “normal” should raise some eyebrows. But there has never been a perfect solution—only ways to live how you see fit. Books or any kind of media will never force you to live a certain way. They can only stir some emotion inside you; whatever you do with it is up to you.

Fujino Chiya and Nakayama Kaho understand this. Their stories are about the little blisses in life and the pursuit of love. There is social commentary present in the books, but it isn’t the central focus. Whether it’s something small like a camping trip or something passionate like a romance that should never have happened, they matter because they’re the stories of people’s lives.

These books are personal and I hold them dear to my heart. I think about them once in a while, to remember the joys and sorrows of life. They remind myself that living in Southeast Asia is horrible, but that is fine. There are people like me living through this hell too.

And knowing they exist means I won’t ever be lonely again.

Kastel writes about Japanese niche media at Mimidoshima and Tanoshimi.xyz. He can be reached on Twitter @kastelwrites and @highimpactsex.