What’s it about? Mukudori Reiji has bought himself the hottest new MMORPG of 2043: a virtual reality simulation of a fantasy world so real all the NPCs are unique AI constructs. After setting up his new character, Ray Starling, he sets out on an adventure where tians (NPCs) can permanently die.

When a tian dies, they’re dead for good.

I didn’t want to make the same joke twice in one season, but Winter 2020 really seems to want to make permadeath stakes the “in” thing. This time around, it’s not the players themselves who are in danger, but the highly advanced AI NPCs who inhabit the world of Infinite Dendrogram.

The year is 2043. Climate disaster has not sunk Japan into the ocean yet. Reiji comfortably lounges in his room to play a VR video game using cutting-edge technology. Computer technology has advanced to new heights, allowing Infinite Dendrogram‘s developers to produce a game world where thousands of NPC characters exhibit individuality.

Similar to the other MMORPG-playing anime of this season, Reiji is not in any danger. He isn’t trapped in the game or anything. Should he die, his only punishment would be to be locked out of the game for 24 hours. By all means, this really is just a game for him and his brother to enjoy.

However, Reiji immediately develops empathy for these complex NPCs who have overcome the uncanny valley. Equipped with the knowledge he is allowed to die, but any NPC’s death would be permanent, he immediately resolves to do whatever he can to save them, even if they are just AI constructs.

Infinite Dendrogram really wants you to be impressed with its living breathing world. Like a Bethesda press conference at E3, it takes its time to show just how amazing this game looks and feels. Reiji can feel the dirt; the characters are all incredibly convincing; he gets a super unique “embryo” which evolves into a pretty girl that turns into a badass sword; there is an in-game economy and all the NPCs are unique. It’s the world Peter Molyneux has always wanted to make but never could actually deliver.

Yet for all the attention given to the game itself, I can’t help but feel it really did not take into account the human factor of MMORPGS. Are you seriously telling me you got a world populated by unique NPCs who can permanently die, and that players will not come in to just randomly kill every NPC they come across?

The show itself is… okay? Its only real selling point is the whole “NPCs can die” thing, which they hammer over and over throughout the episode.

Infinite Dendrogram constantly likes to remind you this is a game, and that’s a double-edged sword. Aside from the fact that NPCs can die, the show tries to drive its point that this is all a game by flashing inventory screens, health bars, status effects, and other in-game HUD elements on screen to constantly tell you “THIS IS A GAME.”

On the other hand, the show does play into the fact it’s a popular fantasy MMORPG played by real people, so you get those oddball players who play as a giant bear armed with a hulking gatling gun even though the setting indicates this is a fantasy world of swords and shields.

Nothing stands out as bad—which is a pleasant surprise, if anything—but it’s ultimately nothing to write home about. It’s another anime about some boy who becomes a hero and helps a bunch of people. Ray and Shu are good players, and the NPCs are nice. Nothing really bad happens and there’s some light humor to break up the overall serious fantasy vibes the show tries to exude.

The story’s synopsis says there is a war approaching, but none of that really matters thus far. For now, it’s just a story about newbie Ray Starling and his empathetic crusade to save NPCs from death with his brother and veteran player Shu Starling, The Bear.

I’d say: “keep watching.” If you want a slightly more serious fantasy MMORPG anime for this season, this might be your ticket. I’ll at least give it three episodes to see where it’s going. 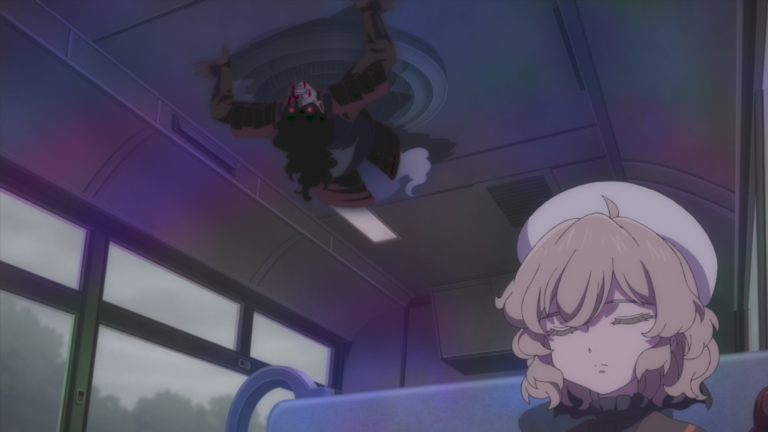 In/Spectre may not have been the best show to premiere this season, but it’s definitely upper-tier in a season full of mediocrity. 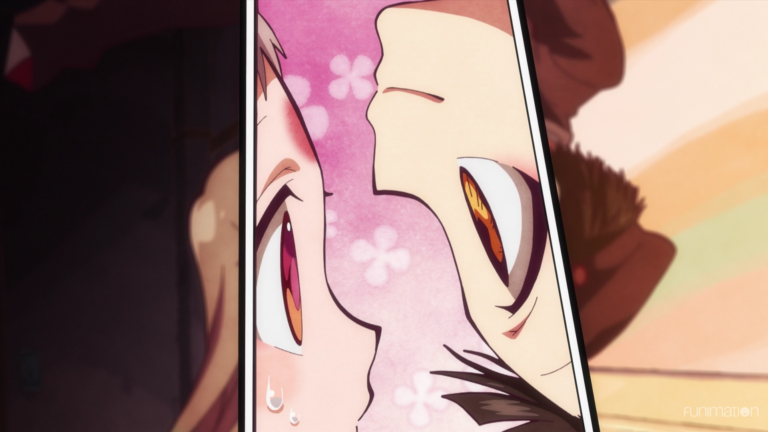 Hanako-kun’s sweet comedy, attention-grabbing visual style, and undercurrent of melancholy make for one of the most promising premieres of the season.