What’s it about? From a young age, Chiyuki looked to have a promising future as a model: she was tall, beautiful, and had plenty of connections with her father’s fashion agency. But then she stopped growing early, topping out at only 5’2”—way too short to walk the runway in Paris. However, she refuses to give up on her dream, despite everyone around her telling her to. But things just may change when she notices Tsumura, a classmate who is rich in passion for fashion design, but poor in cash.

A few days ago, Vertical’s collected edition of Paradise Kiss showed up on my doorstep. I was thrilled to revisit one of my favorite manga and devoured it in one sitting. I’ve never been much for fashion, but Yazawa Ai channels that world into an incredible coming-of-age story.

It’s quite unfortunate for Smile Down the Runway that it came out so soon after I got that manga, because less-than-favorable comparisons have become inevitable. It struck me hardest when Tsumura walks into a storage closet full of clothing he’s designed and sewed himself. Chiyuki is impressed, but I couldn’t help but envision George’s closet in ParaKiss’s atelier and got a distinct feeling that I’m being told to be impressed, without any kind of actually impressive design work going on.

It’s not bad per se, just thoroughly middling. The animation is fine, the writing is fine, the setup is fine. I was entertained enough for the half-hour, even with the phantom of the much superior Paradise Kiss coming up unbidden in my head.

My biggest problem with the premiere is that Chiyuki kind of has a “poor little rich girl” thing going on. She’s blocked out from runway modeling because of her height, which is unfortunate, but she’s still thin, conventionally attractive, wealthy, and has plenty of success as a commercial print model. If they really wanted to make a series about a model challenging norms, why not place Chiyuki farther outside the expected beauty standards?

I seriously doubt Smile Down the Runway is going to do much to actually challenge the fashion industry, though. Chiyuki doesn’t seem to be out to right injustices or widen the narrow window of what’s acceptable on the runway; she just really really wants to be a supermodel, and isn’t taking “no” for an answer. Her single-minded pursuit of a personal goal—however improbable it may be and regardless of the hurdles in front of her—fits quite neatly within the shounen framework, even if the subject matter is a bit unusual.

It’s a low-key kind of shounen though, one that uses only a slightly heightened sense of reality rather than the wild, colorful worlds of the big blockbuster series. Rather than burning spirit, we have smoldering spirit, and you’re going to have to get invested in the characters if you want any kind of investment in the story.

The part I’m more interested in is how the story handles socioeconomic inequality. There’s a degree of awareness in the first episode: Tsumura is known mostly as “the poor kid” and intends to defer his dream because his single-parent, many-child family can’t afford the tuition. His lunches consist of rice topped with bean sprouts. He has an unflattering haircut. He takes apart his creations because he can’t afford fabric for new ones.

Chiyuki is rude to him, in that thoughtless way that privileged people can be. There’s no malice or cruelty there; she just never had anyone tell her it’s not okay to talk to people like that. When she goes out wearing one of his creations and is asked who made it, she names her father’s brand instead of him, because she doesn’t want to be associated with him.

It’s a selfish, unkind move where she’d rather keep her own image up than help a friend in need. It remains to be seen at the end of the episode whether or not she’ll actually face consequences for that choice.

Smile Down the Runway has potential to make interesting choices, but it’s hard to tell at this point whether or not it has the courage to actually follow through. Maybe it’ll be worth giving it three episodes to strut its stuff. 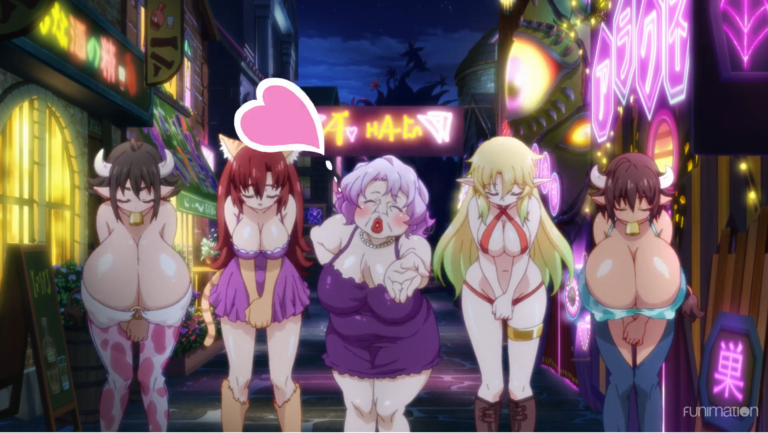 “Goddammit,” I thought, as I reached for my Feminist Killjoy hat. 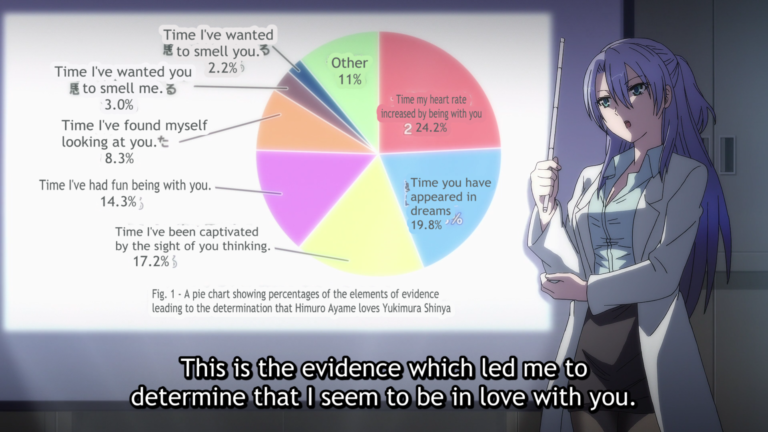 Science Fell in Love, So I Tried to Prove It – Episode 1

I love a good romantic comedy about awkward dorks, but this one misses the mark.