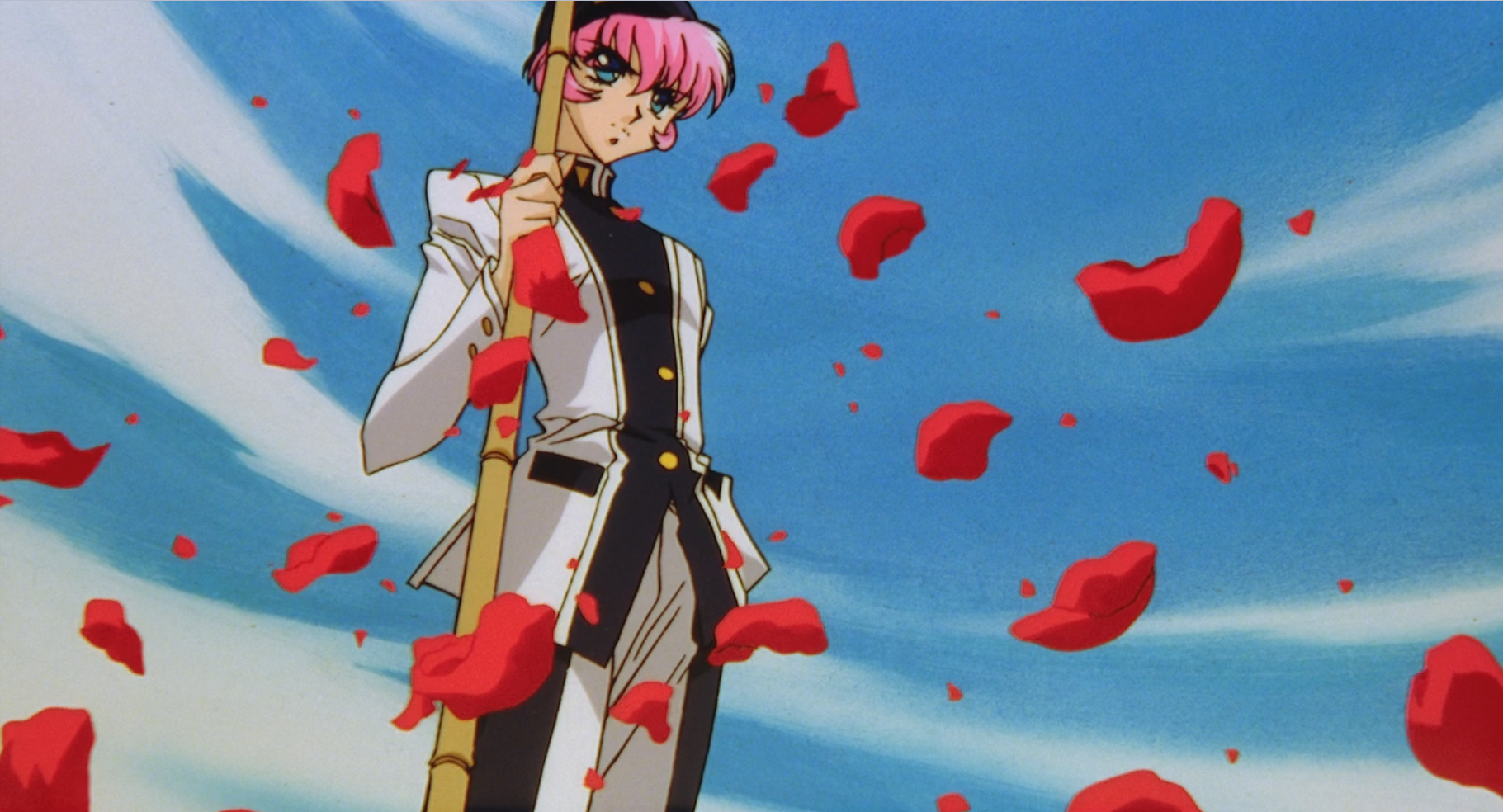 One of our objectives on launch was to become something of a hub for content of interest to feminist fans of Japanese pop culture. We’re doing a decent job of this for recent content, but not so much for the content that pre-dates us.

So, starting today, we’ll be periodically posting some of the great feminist content on anime, manga and other Japanese pop culture from the days before we existed and invite our readers to do the same. Most of the time this will be a link to a single older post with some commentary on why it stands out for us. Sometimes, like today, it will be a collection of links around a theme.

We’re celebrating the 20th anniversary of iconic, seminal classic Revolutionary Girl Utena. There are hundreds of articles out there about Utena, so we’re showcasing those written by our own team to get the ball rolling.

Vrai’s Consulting Analyst series breaks each episode of a show down to provide detailed critical commentary. Utena was a great choice for this format.

Not only is it the second major project of auteur director Kunihiko Ikuhara (who also directed Sailor Moon) and share quite a bit of Evangelion’s creative staff, but the show is nothing less than a work of art both visually and narratively. It plays to classic shoujo sensibilities and undermines them, conjures fairytales and questions them, creates characters who are both heartrendingly young and thematically timeless, and packs an jaw-dropping wallop of a feminist allegory.

Dee wrote posts directly responding to Vrai’s analysis, and invited everyone to join in.

Part of the goal of this Watch Party is to increase Utena visibility; for all that it’s a hugely influential work and (I would argue) one of the best and most important anime out there, it hasn’t seen the level of popular exposure that many of the other ‘90s anime greats (like Evangelion, Cowboy Bebop, or Sailor Moon) have seen. And this is a shame, because it’s a uniquely excellent series, full of dynamic, layered characters, a great blend of humor and drama, gorgeous music, and artwork both beautiful and meaningful, packed with imagery and allegory. It’s also one of my favorite feminist narratives in any medium, anime or otherwise, as important if not more so than its predecessor, Sailor Moon.

Honorary team member Frog-kun took a look at Utena from a more personal perspective. Utena is undeniably a rich show for analysis, but what made Frog-kun specifically connect with it?

When I was a teenager, I always imagined myself as a white knight – like the prince Utena idealises. I never really understood the preoccupation young people have with darkness and edginess. White knighting was totally my chuunibyou. As I’ve gotten older, I have come to realise that this ideal is short-sighted, but it hasn’t dulled my sense of justice. In that sense, I have a great deal in common with Utena. Like her, I realise now that knights and princes aren’t the only arbiters of justice. Instead of aspiring to a particular form of masculinity, we can challenge the harmful stereotypes and make it easier for everyone to take control of their own lives.

Utena and the Four Horsemen of the Patriarchy (Heroine Problem)

Finally, Caitlin took a fascinating and explicitly feminist approach to analysis in her four posts on Utena:

Saionji and Violent Control Through Abuse

Miki and the Virgin/Whore Complex

What’s your favourite Utena commentary out there, be it a post, podcast or video? Link to it in comments!