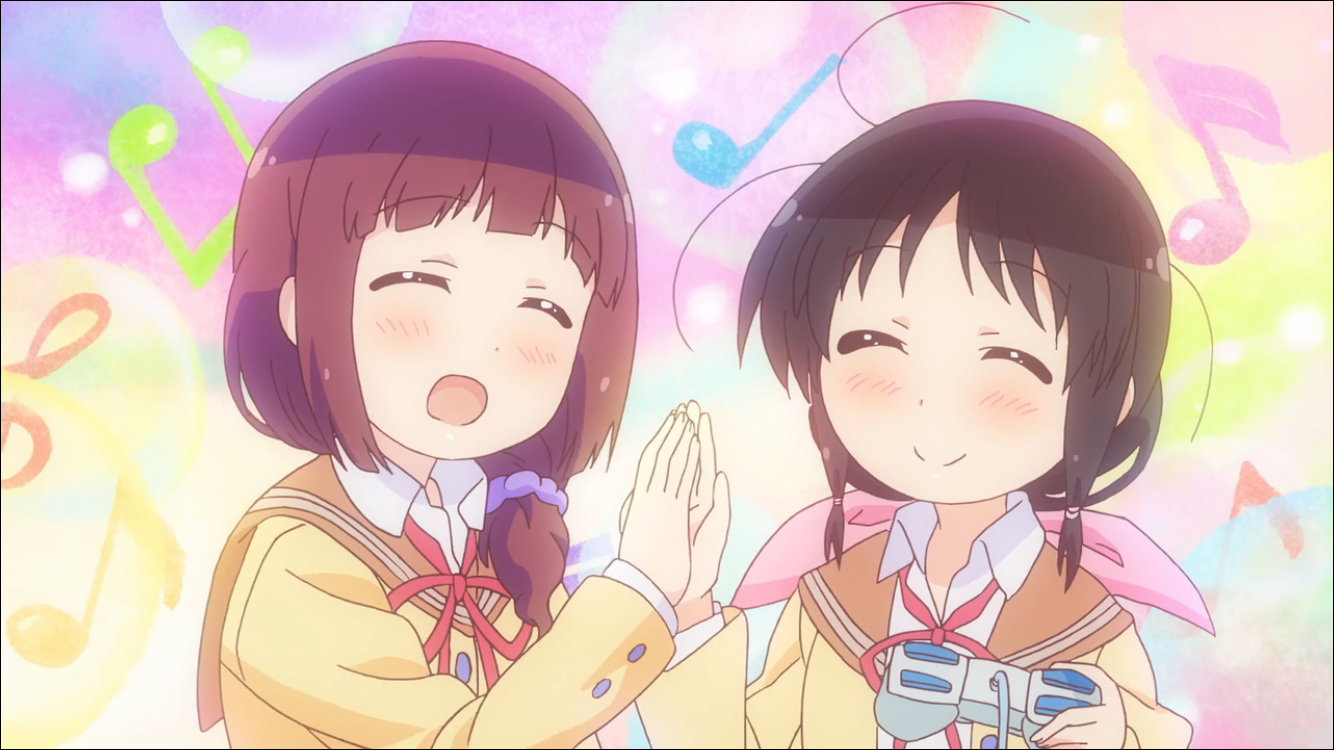 Tamaki is going to a new high school and keen to find her passion. She wanders through the after school club fair in search of a pastime she feels drawn to, with no luck. She enjoys playing a video game made by the SNS club, but leaves the stall convinced she would have nothing to contribute. However, something about the prospect of making a game and the girls who run the club has captivated her, and she makes the decision to join anyway.

This is technically cute girls doing cute things: games development, but a million miles away from its counterpart Long Riders. While the protagonist of that show pays lip service to the idea of finding her calling, Magic of Stella fleshes that idea out properly, showing us glimpses of Tamaki’s childhood as she gains interests, obsesses over them then moves on. It is what prevents her from joining the club in the first place, a decision she takes time to mull over before committing to.

We see a complete arc for Tamaki within the space of a single episode, from aimlessness to focus and from reluctance to step outside her comfort zone to determination to challenge herself. I was convinced when we first met her that she would be helpless and cute and nothing more, but this episode gives me complete confidence that she’s taken her first step towards full character development.

The other characters are also well written, with Tamaki’s new club senpai showing both strengths and weaknesses. Stoic Shii the programmer is shown as expressionless for most of the episode, but rather than making that a one-note gag it becomes actual characterisation, Tamaki joining the club in part because of the seriousness of Shii’s eyes and Shii later breaking into a smile because she realises she enjoys mentoring. As far as characterisation goes, we are in very safe hands.

The narrative is also solid. This episode has already introduced the goal the club is working towards and dropped mentions of some of the obstacles they are likely to face. For Tamaki, this is extensive amounts of drawing under strict deadlines in an unfamiliar style on a completely new medium. She has a lot to learn and no-one to teach her, but we can already see the club members will be supportive and encouraging even in tense times. It’s a simple story and nothing original, but if this episode’s careful groundwork is any indication it will be well told and lovely to watch.