A heads up on what the team’s been up to and what’s in store for September.

Caitlin, Dee, and Vrai got together for another mangacast, this time about single volume stories.

We all have that one series we’re holding a torch for.

The account’s claims that “Miku created Minecraft” began as a means of reclaiming the game among trans fans after Notch’s transphobic public comments.

In the past two years, the Western Vocaloid has started to breathe life back into itself. And the charge has been largely led by queer creators and fans, especially as internet denizens become increasingly comfortable expressing sexual and gender identities.

Writer-producer Cien Miller, known to fans as as “Crusher-P” (the “P” means “producer,” an honorific taken from Japanese “idol” game culture) is a pansexual producer who has been into Vocaloid for nearly 12 years now, writing music for 10 of those. She affirms the Vocaloid community has been a hotspot for LGBTQIA+ fans, noting many fans and creators indicate their identities on forums and profiles.

Now, Western LGBTQIA+ creators are giving back and making their own music.

“There are many, many LGBTQIA+ Vocaloid producers who have created works with fantastic perspectives that offer the community wonderful representation,” she says.

Miller herself has at least one explicitly LGBTQIA+ hit, and it was no small deal: her song “Run Away,” she explained, was inspired by a transgender friend. It was used as a demo for the Cyber Diva voice bank. “I wanted to make something that could connect to us both,” she explained.

A two-hour podcast retrospective on the messy shoujo classic.

This happy ending marks a noteworthy legal victory for queer couples in Japan.

“This is likely the second case in which a foreign national who is part of a same-sex couple is granted special residence permission, following a case involving a Taiwanese man in March,” one of the legal team members for the case said.

The Justice Ministry made the decision largely based on the fact that she has been in a relationship with a Japanese man for 17 years, as well as living with a sincere demeanor.

“Thank you, Japan,” the 58-year-old, who lives in the Kanto region, told reporters in Japanese during a news conference alongside her 67-year-old partner in Tokyo on Sept. 2.

“I’m very happy to have health insurance,” she added, while wiping away her tears.

The woman entered Japan on an entertainment visa in 1981 and met her partner, a company worker, after the visa expired in 1993. They have been living together since 2002.

A podcast review of the first half of Shinichiro Watanabe’s latest anime.

Looking at Kon’s film specifically as it applies to parasocial relationships on social media.

We see this idea of ownership that men exert over female bodies more and more, particularly when it comes to female online personalities. Twitch streamer Amouranth suffered fans’ wrath after they found out she was married. Amouranth gained quite a large Twitch following but once it was revealed she had a husband, followers were enraged and doxxed her. They thought, since she had never mentioned she was married, she was single and therefore more available. They felt betrayed. Her mod even explicitly told her that he thought since she was single that he had a chance with her. Amouranth made a comment about the controversyand sarcastically said, “Haven’t you heard the news? Every female on the internet is eligible to be dated by people who see her. She’s an eligible candidate for every person who sees her. That is the law of the land.”

A discussion on the film’s importance, influence, and that queer subtext.

The Saturday Anime series continues with one of the most iconic anime (and manga) to ever be made: AKIRA! And with me to talk a bit about this massively influential franchise is new guest to the show Vrai Kaiser (they/them). Even with 2 hours to chat about Akira, we only manage to touch the tip of the iceberg on what makes this Katsuhiro Otomo classic so special. Listen as we discuss how we first saw this film far too young, how it appealed to more folks than just your typical anime fans, and why this 80s creation is a little too prophetic on how life in 2019 ended up being. Also in this episode: the premiere of my brand new opening theme!…..that you don’t hear until the end. (Whoops.)

Woman to sue employer for disclosing her past as a man (The Asahi Shimbun, Satoko Onuki)

The hospital where the woman worked disclosed that she was trans to her coworkers against her wishes, resulting in harassment and the woman’s unsuccessful suicide attempt.

The 48-year-old, who was harassed at work over the matter, leading to a suicide attempt, plans to file the lawsuit at the Osaka District Court on Aug. 30 against the health corporation.

Lawsuits over being “outed,” or having one’s sexuality revealed, is uncommon according to the lawyers representing the woman, who says that she did not consent to the disclosure.

A review that touches on the game’s continuing gender essentialism issues.

Despite its attempts to grapple with questions of gender head-on, some of Catherine’s more sexist and gender essentialist ideas are still given far too much breathing room in Full Body, and the way Vincent is positioned as a white knight for Rin feels gross. Qatherine’s presence genuinely changes the tack and tone of the game, making its pacing feel even more hectic and capturing the deep anxiety and constant juggling that happens when someone cheats on a partner. But while Rin adds a new dimension to the game, it’s still a parade of pulpy gender tropes. New endings try to make the game’s female characters more full people, but Full Body never really escapes Catherine’s flat understanding of gender, love, and lust.

A half newbie-friendly, half spoiler-filled discussion of Mochizuki’s big completed feels-fest.

Those songs you heard in the episode are “Parallel Hearts” by FictionJunction and “Maze” by Savage Genius feat. Tomoe Ohmi.

As always, you can find me on Twitter @ImpassionateK, and my co-hosts Helen (@WanderinDreamr) and Apryll (@manjiorin) on Twitter at those places in the parenthesis. You can find both of their writing at The Organization of Anti-Social Geniuses, more of Helen’s writing at Narrative Investigations, and my writing at the Fandom Post.

You can find our special guest Dee (@joseinextdoor) at Josei Next Door and Anime Feminist.

Thread: In light of new survivors coming forward in the indie game community, some tips on how one can be supportive.

It’s not always the shows we love that get continued. But we can keep dreaming.

[Links] 11-17 December 2019: Anti-Hate Speech Ordinance, History of the Ryuku People, and the Gay Godfather of Kawaii 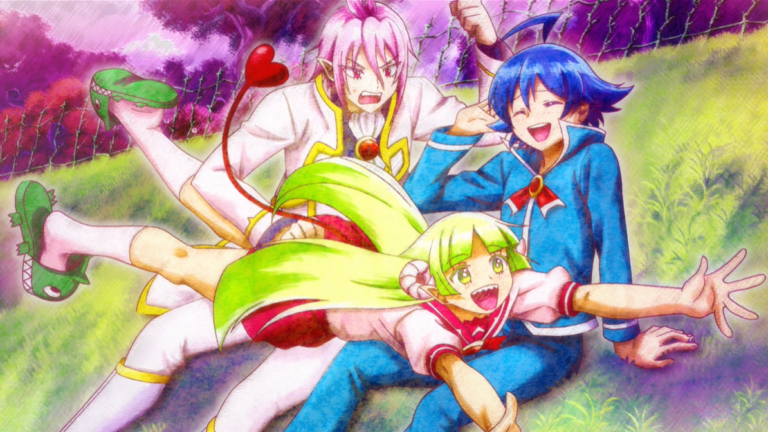