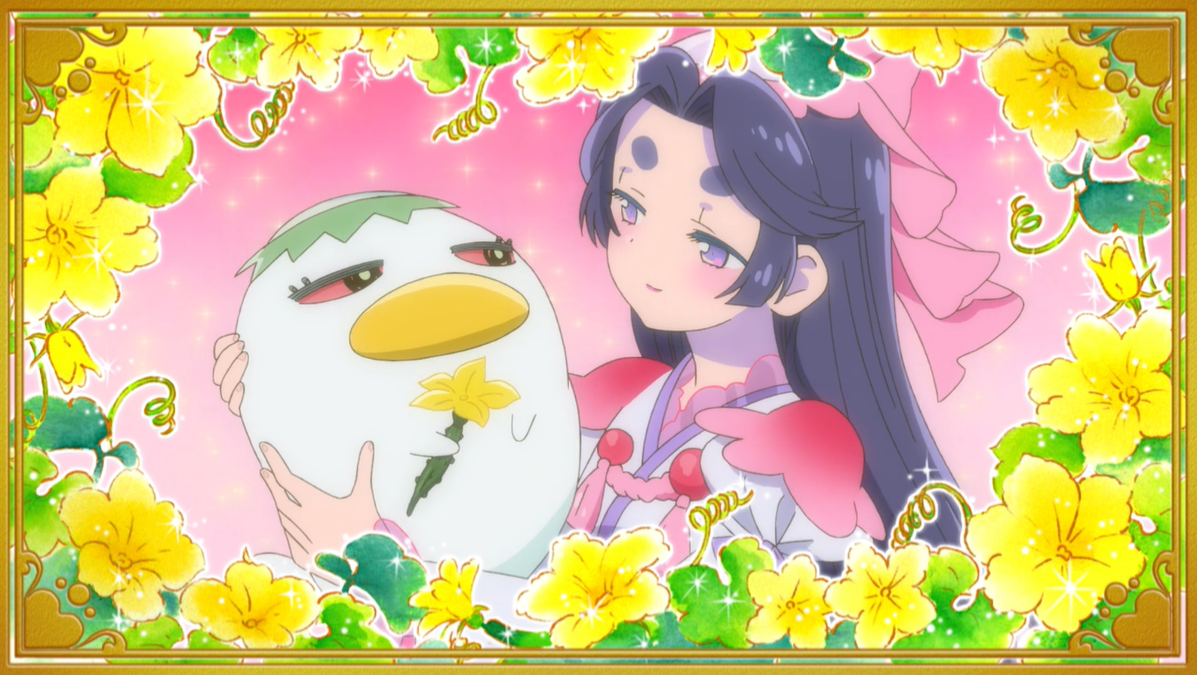 This week: some women use safety pins to defend themselves from gropers, the adolescent body horror of Nitro+CHiRAL’s sweet pool, and the issue of romanticized slavery in shoujo manga.

Frog-kun looks at Kawahara’s uneven writing of female characters and how it’s improved in his more recent works.

Chiaki, Dee, and Peter check in and see how the season’s going (mostly? Not great).

There are too many good series that never manage to get translated in full.

Modern isekai aren’t the only genre that have problems with romanticized slavery stories.

I’m sick and tired of shojo manga making excuses for shitty guys to abuse girls in the name of romance.  Kurosaki-kun tries to justify it with “oh, he’s just this way with everyone, but he’s actually nice/observant/fastidious/etc. deep down!,” which is nothing more than the latest in a long line of excuses for such behavior.  It’s always about guys like him aren’t socialized properly, or suffering from some secret trauma, or don’t know how to express their feelings, and somehow that always comes out as “you have do everything I say, woman” along with a hearty helping of verbal and even sexual assault, all of which must be endured by some long-suffering young woman because the innate gentleness of her womanhood will wear down all his rough edges.  Some might find the thrill of danger and the inherent power play in such a scenario alluring, but I cannot get past the the abusiveness and imbalance of such a relationship.  They don’t make me want to sigh in longing, they make me want to get the girl far away and stomp the guy’s balls into paste!
The only difference between Kurosaki-kun and other series like it is that Yu actually confronts Kurosaki on a regular basis.  She doesn’t endure his abuse in total silence, which is a positive and even commendable change.  The problem is that the story never once lets her enjoy it.  It usually ends either with him manipulating her anger to do whatever he wants her to do or stopping her questioning and confrontation with kabedons and forced kisses. On the rare occasion he isn’t a total dick to her, his every word to her is couched in sour pissiness, making it all the more baffling that Yu gets so flustered over them. Even if you want to look beyond the matter of servitude, there’s simply no chemistry between them.  Their relationship is all tension and no romance.

While uneven, the game’s horror hits hard on fears about uterine puberty and bodily autonomy.

Now, we don’t have time to unpack all of that, but I bring it up because it’s a key part of sweet pool’s frustrating duality. It is very fun to introduce this game to people as “the A/B/O visual novel about shitting meat” just to watch their faces, and the long pseudo-philosophical text dumps about how its biology works are as hilarious as they are overwritten. This is the first layer of the game.

The second layer is the downright brutal punch the game achieves in its early hours as Youji stumbles through his days, frightened and unsure what’s happening to him. Fuchii’s writing shines in its small details, repeatedly taking small note of all the times Youji is offered food he can’t keep down until he’s all but a walking skeleton and at one point noting that the protagonist can still feel things actively crawling out of his exhausted, wrung-out body. The script’s horror is at its strongest when capturing the building unease of feeling like you’re losing control of your body, and no one seems to notice — much less want to help.

These moments hit particularly hard for me as a trans player, as the game underlines time and again that Youji is a man — and yet he is plagued with metaphorical menstrual blood, and the game’s religious cult is very eager to tell him about how his sex characteristics have determined his purpose in life as a “Female.” Youji is embattled on all sides by friends who turn into sexual predators, by society, and by his own body, and there is a horrific effectiveness in his slow collapse. Those scenes have drawn me back to this game many times over the years, and they’re haunting in a way that goes beyond the (pretty good) gore.

A discussion of Japan’s most influential women writers through history.

In this episode, Dr. Yoshio reassesses the category of the “woman writer” (joryū sakka) during the Taishō period, tracing the emergence of an interwar transnational women’s literature.  We discuss the importance of Seito, the works of Tamura Toshiko, and Virginia Woolf’s reactions to Murasaki Shikibu’s The Tale of Genji, before talking about Dr. Yoshio’s translations of contemporary writer Kawakami Mieko.

The kids aren’t all right: Japan struggles to protect its most vulnerable children at group homes (The Japan Times, Chang-Ran Kim)

Children raised in group homes often leave with trauma and have difficulty entering university or other social institutions. Advocates are pushing for a change to foster-care systems.

Government surveys show that when children leave state care and enter the “real world” at age 18, they struggle most with loneliness and financial strife. Only a third enter university, versus 80 percent of high school graduates nationwide.

With few options, about a tenth end up in work that provides housing. Many can’t hold down a job; a tenth end up on welfare, and some become homeless.

As social costs mount, Japan has asked local governments to draw up by next March a road map to base alternative care around family scenarios. That includes recruiting foster and adoptive parents, and turning large group homes into family-size units.

“We have the laws and policies in place,” said Shiozaki, who as a Cabinet minister helped revise the Child Welfare Law in 2016 to state that children — not just parents — have rights. “Now the problem is implementation, and making sure things actually change.”

Many experienced caretakers say it won’t be easy.

A tenfold rise in child abuse cases in the past two decades raises the question of whether Japanese society has what it takes to properly care for its most vulnerable young members, they say.

Women are looking to different methods to defend themselves, from carrying a safety pin to jab attackers to using an app with a built-in alarm.

The app also has a “Groping Repulsion” feature that displays the words “Groping. Please Help” in large, white letters against a red background, making it easier for women to receive help from fellow passengers. The app will also scream “Please stop” if the user taps the message on the screen.

In the wake of the Yamaguchi incident, this feature has received extra focus, and Digi-Police has enjoyed a renewed popularity that’s rare for a government-produced smart phone app. Users on Twitter have praised the app as being “more useful than an anti-crime bell.” In January alone, the app exceeded 13,000 downloads, a six-fold increase compared to previous months.

Covers the full Arina Tanemura manga, which is in print from Shojo Beat.

This is the first series by Arina Tanemura discussed on the podcast! What the heck’s a Phantom Thief, and what does it have to do with Jeanne d’Arc? Wait, God and some angels are here, too? There’s time travel? Long-time Tanemura fan Laura Spicer, Shojo & Tell host Ashley, and begrudging participant Asher Sofman delve into “Arina’s Christianity fanfiction” to discuss purity politics, how the anime compares to the manga, and how everyone in this manga got with the wrong person except Finn Fish and Access Time. (Chiaki doesn’t deserve Maron! HE DOESN’T DESERVE ANYBODY!) Also, did you know that Jeanne d’Arc and Eve (of Adam and Eve fame) are the same? Yeah. You’re in Tanemura land now. Proceed with caution.

The initial ruling rejected compensation because plaintiffs could seek private damage suits…which were then also rejected because of the statute of limitations.

In the trial, the plaintiffs and lawyers said the 1948 eugenics law deprived the victims of self-determination with regard to giving birth and raising children, violating the Constitution, which guarantees the pursuit of happiness and equality under the law.

They said the state failed to take legislative action to compensate the victims, but the government argued it had no obligation to do so as the victims could seek damages under the state compensation law.

The state also argued it was not obliged to pay compensation due to the 20-year statute of limitations on demands for damages under the Civil Code, pointing out that the victims underwent surgery more than 40 years ago.

Mizoguchi went on to say that historically, BL has been written by and for women, describing the genre as “women’s fantasies.” However, she noted that this has been changing as BL‘s popularity has broadened beyond its initial niche status. It appears that rising LGBT acceptance in Japan has decreased the stigma associated with reading BL, especially for men. Nowadays, it is not uncommon to find people who appreciate BL as a genre of manga.

Both manga artists corroborated this observation, mentioning that BL has been gaining popularity in Japan in recent years. Kumota said that she noticed a significant change around five years ago. When she was publishing Rakugo Shinju, she encountered a lot of people who said that they don’t read BL, but now she finds that more people, both gay and straight, read BL.

Kumota clarified during this discussion that she does not perceive Rakugo Shinju as BL. She said with a laugh that one of the differences between BL and regular manga is that in BL you draw the men’s nipples, but in normal manga you don’t. More seriously, however, she said, “Rakugo Shinju is not a love story.” When Mizoguchi pointed out that Kikuhiko’s feelings for Sukeroku could be interpreted as “BL-ish,” Kumota conceded that this was a valid interpretation but maintained that Rakugo Shinju is not about romance.

Video: A brief history of content censorship in 90s dubs.

Video: An entry-level primer on BL’s evolution as a genre

RIP to the titles we lost, and here’s to license rescues.