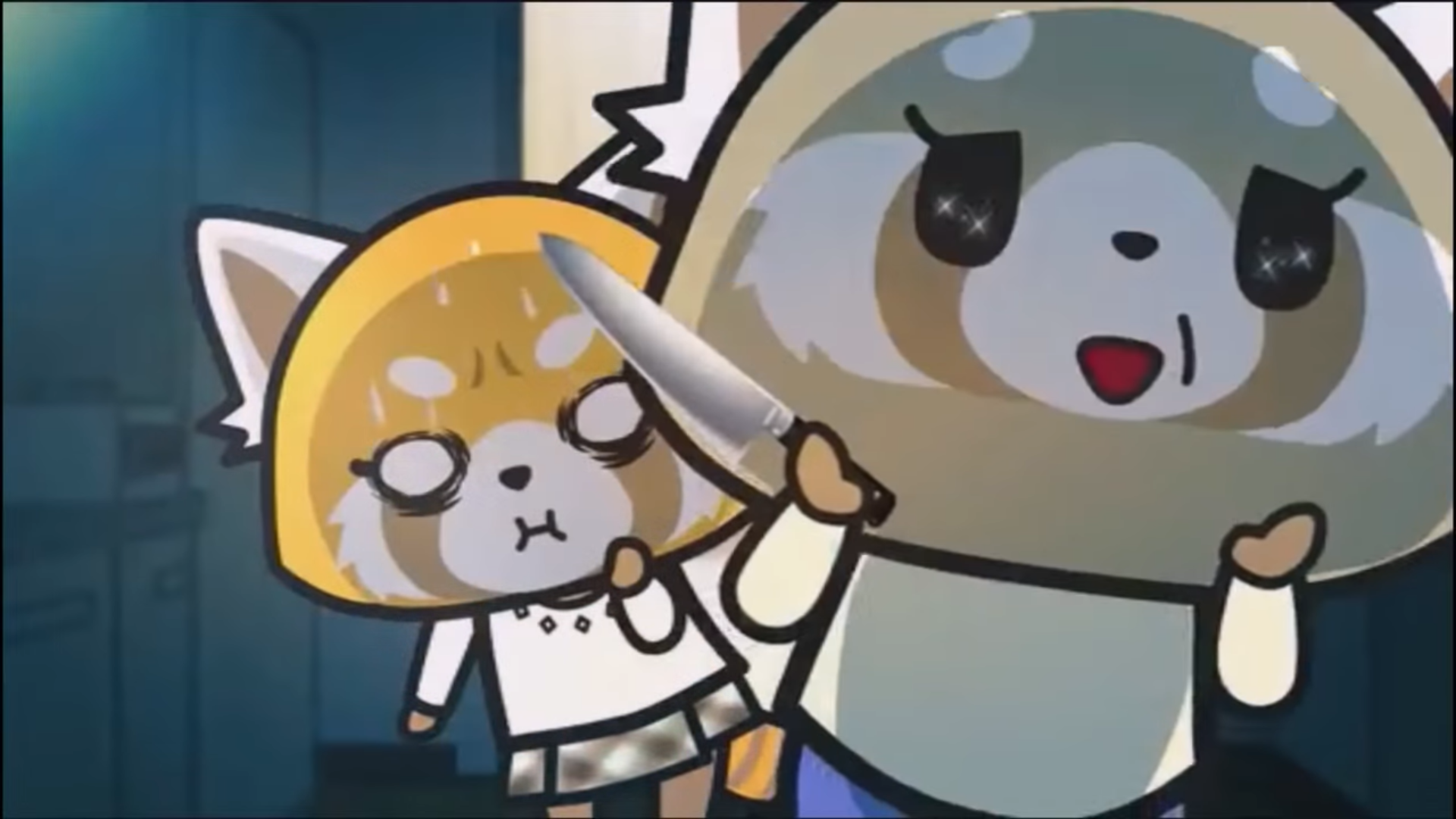 This week: the history of yaoi paddles, theories about SARAZANMAI‘s cops, and all students in Fukuoka City can now wear either skirts or pants to school.

Chris Farris looks back on the franchise’s boom of popularity in the 2000s and the young queer teens drawn to it as a way of discovering their identities.

Carlo Lopez laments the fact that the action series, despite taking place in Southeast Asia and having an international cast, doesn’t feature any notable SEA representation.

[AniFemTalk] What hobbies have you gotten into because of anime?

Anime has a definite gift for bringing out what’s special about supposedly mundane activities.

A recent exhibit includes information about the creative process that led to Ikuhara’s four original series.

Around 2005-2006, he was working on a pitch for an animated film for Nokemono to Hanayome (The Nokemono & The Bride). This would be based on a “gothic lolita hard battle” novel Ikuhara wrote with the same title, which was serialized in the teen fashion magazine Kera. This was followed up with a manga sequel in 2007, which was drawn by Asumiko Nakamura (the woman who would later go on to draw the acclaimed BL manga Doukyusei -Classmates-). The proposed anime would be called Nokemono to Hanayome+ (pronounced “cross”), and although the anime didn’t happen, the story did come out in manga form in 2018.

Nokemono to Hanayome was actually quite a formative work that would go on to inform Ikuhara’s later projects. The manga centers on the “cruel and dangerous” love between the girl Hitsuji Sera and the boy Itaru Hagumazuka, who wears a bear costume. This has obvious parallels to Yuri Kuma Arashi, minus the yuri. The story was also inspired by the Tokyo subway sarin attack of 1995, much like Penguindrum.

You can’t change your favorite pop culture — but you can change how you engage with it (Polygon, Susana Polo)

Why petitioning to remake a show isn’t the same as critiquing it, and how to cultivate fan engagement in healthy ways.

It is a truth universally acknowledged that every Star Trek fan absolutely cannot stand at least one entire Star Trek series, but which one you despise is purely up to personal preference. Superhero comics are proof that you cannot keep an interconnected universe together for 50 plus years without alienating some of your audience at some point.

We live in the age of the franchise, of fiction as a brand. The most dominant stories in our cultural consciousness are designed to go on forever, and the law of averages states that at some point those stories are going to be bad. But that also means that eventually, that writer you don’t like will rotate out. The characters you do like will be resurrected. Game of Thrones fans who don’t care for the ending of the television show can still look forward to the books.

If you’re mad at the final season of Game of Thrones, criticize it. Engage with it however you need to. For example, fanfiction isn’t only an outlet for when one feels let down by canonical media, but it is one that is creative, social, and doesn’t expect recognition from creators!

But you’re headed to a dangerous, toxic place the moment that you cross the line from explaining what changes you would have made to arguing that you should be able to force HBO or the show’s creators to make those changes.

Speculations about Reo and Mabu based on the series’ prequel manga.

The Reo and Mabu of the manga are vastly different from the singing cop duo we see in the Sarazanmai series. Not only are they cops together in Asakusa but they’re in a domestic partnership. The two are emotionally expressive, and obviously care deeply about one another — their teasing in the manga is reminiscent of Sailor Moon‘s Haruka Tenoh and Michiru Kaioh where it’s laced with sexual tension and shows warmth and very committed relationship from both parties. Reo is outgoing and gregarious. He is shown to know nearly everyone in Asakusa in some way or another. Mabu is the more straight-laced of the pair, but even he has his goofier sides, like cooking in only an apron for Reo or becoming singularly obsessed with one thing until he figures it out.

Of the two, Mabu is the most different from his later iteration in the Sarazanmai series. As early as the first manga chapter, Mabu is shown to be fairly possessive of Reo, saying that the food he makes is specifically for Reo to eat — implying that it’s for no one else. By contrast, the Mabu of the series — presumably several years older than he was in the manga — is cold and distant. During their “Kawausoiya” dance and Reo pulling out Mabu’s beating heart, Mabu never looks at Reo while Reo looks lovingly at Mabu the entire time.

The first wave of entrants following the entrance discrimination scandal included more women than men thanks to exam reforms.

According to the figures released Monday, the total number of applicants to the university plunged by over 60 percent, with 470 women and 771 men applying for admission, in what was likely a result of the fallout from the scandal.

The medical college started the discriminatory practice based on the belief that women tend to resign or take leaves of absence after getting married or giving birth. The move was said to be aimed at preventing a shortage of doctors at affiliated hospitals.

The revelation of the scandal was followed by reports of rampant discrimination against women at many other medical colleges, leading to public outcry.

On Tuesday, Tokyo Medical University also said it has issued acceptance letters to 44 applicants who had taken exams within the past two years but were denied entry because of the school’s discriminatory practices. In all, 24 of those receiving the letter have decided to enroll at the university, 16 of whom are women.

Rakuma Poll: Over 80% of High School Girls Identify as an ‘Otaku’ of Something (Anime News Network, Kim Morrissy)

It should be noted, however, that of the 1,028 respondents who identified as otaku, only 13.9% identify as “anime” or “voice actor” otaku specifically. 74.1% identify as otaku for idols or musical artists, with the majority being fans of either Japanese artists contracted with Johnny & Associates (Arashi, KAT-TUN, etc.) or K-Pop. Anime and voice actors was the second most popular option on the pie chart, with mobile and home console games at 2.3%, and fashion, Youtubers, and singers hovering at around 1% each. 6% of respondents chose the “other” option.

The man is currently in custody.

Kazuki Domoto was arrested Monday for threatening Yuka Ogino, a member of NGT48 based in the city of Niigata, by faxing a letter to a news organization May 9 suggesting he would kill her, according to the police.

Last December, two people were arrested for allegedly assaulting another NGT48 member, Maho Yamaguchi, who left the group Saturday. AKS Co., the management company for NGT48, came under criticism for its handling of Yamaguchi’s case as it did not reveal the incident until she referred to it in a Twitter post.

The Niigata Prefectural Police said Domoto, who lives in Kyoto Prefecture, has admitted to sending the fax but denied any intention of killing Ogino.

VIDEO: The life and deaths of Takeko Nakano and the Mirabal Sisters

VIDEO: The history of the infamous convention weapon, the yaoi paddle

Tweet: Fukuoka City will allow all students to wear either skirts or pants (original article in Japanese)

No matter what you’re looking to get into, there’s probably a hobby series for it!