Content Warning: Discussion of sexual assault, grooming, and teacher/student relationships between an adult and a minor.

Spoilers for Season 1 of the Domestic Girlfriend anime.

Set against the backdrop of a sun setting in Tokyo, Domestic Girlfriend opens with the show’s main protagonist, Natsuo Fujii, after losing his virginity to one of his love interests, Rui Tachibana. The images presented are nothing less than captivating.  At first glance, the audience assumes the show will revolve around the relationship between these two characters and that it will be a coming-of-age story that takes on some mature themes. That assumption would not be wrong, until the show takes a turn that it never really recovers from.

The premise of Domestic Girlfriend centers around Natsuo’s romantic relationship with not just Rui, but also her sister, Hina Tachibana. This love triangle is further complicated by the fact that both young women are his new stepsisters and Hina is his high school teacher. The taboo nature of the main relationships is what seems to attract the majority of the show’s audience. This knowledge is not lost on its writers, who attempt to frame both of Natsuo’s love interests as consensual “forbidden love” stories.

However, there’s a huge difference between a melodrama about two teenagers who are suddenly legally related and one about an adult preying on a minor, and the narrative doesn’t seem to realize that. The dynamics of Natsuo and Hina’s relationship is indeed engaging in a vacuum (I watched the entire season, after all), but the way the series chooses to address the power imbalance between the two, in addition to the lackluster portrayal of Hina’s character, leaves a lot to be desired. It ultimately prevents Domestic Girlfriend’s first season from taking on culturally taboo topics while allowing the show to expand upon them in thought-provoking and holistic ways.

As Natsuo and Hina’s relationship develops, the writers do their best to try and convince us that the two are equals mentally by portraying Hina as forgetful, clumsy, and quite airheaded. The series seems to think this makes the relationship a balanced one, but age will always play a factor when it comes to power dynamics in a relationship.

Natsuo is 17 and Hina is twenty-three. Scientifically, Natsuo’s brain is not even fully developed, and legally he is still a minor (there’s a misconception that the age of consent in Japan is thirteen, but that’s based on the 1907 Penal Code, which has been overridden by multiple other national and prefectural laws; the age of consent in almost every Japanese prefecture is actually eighteen).

There is a six-year age difference between them, not to mention that Hina is his teacher. She should know better than to even entertain the idea of having a relationship with one of her students. Knowing this information as I watched the narrative unfold instinctively made me anxious; not simply due to the age gap, but the power dynamics that came with it.

In this relationship, Hina has the bulk of the power. She is a fully grown woman with a job and a college degree. As Natsuo’s teacher, she also has direct control over his personal and academic future at school.

Natsuo, meanwhile, harbors an intense and unhealthy romantic obsession with Hina. He reiterates over and over that he would do anything to be with her. He doesn’t care that it could ruin the relationship between his father and new stepmother. He doesn’t care that it could ruin his dreams of becoming an aspiring writer or ruin the relationship between Hina and Rui. His infatuation makes him even more susceptible to being taken advantage of.

Ultimately, Hina has the power to make or break Natsuo. She isn’t restricted financially or physically from ending their relationship or dragging it along for as long as she wants and however she sees fit. She even admits in a letter she writes to Natsuo that she knew she could have ruined his dreams of becoming a writer. We see the toll this type of manipulation can have on a person at the end of the season, when Hina abandons her life in Tokyo and her absence sends Natsuo into a deep depression.

Hot for Teacher: Predation and objectification in sexual fantasies

There are ways to explore the destructive nature of teacher/student relationships in nuanced ways. The fact that Natsuo and Hina’s relationship ends horribly at the end of the anime’s first season would suggest that Domestic Girlfriend knows on some level that this is not a healthy relationship. Unfortunately, on the way to that finale, the writers are more interested in catering to sexual fantasies than grounded character study. This does a disservice to both Natsuo and Hina.

For Natsuo, what begins as a schoolboy crush progresses into something much more intense when the Fujiis and the Tachibanas move in together. But instead of using Natsuo’s crush on Hina as a catalyst to help him grow and create a happier and healthier relationship with literally anyone else, the writers indulge in his sexual desires, not his emotional needs.

On the one hand, this framing promotes the harmful beliefs that boys cannot be abused by women (they can) and that teen boys getting entangled with adult women is “hot” or “cool” instead of what it really is: statutory rape. And, on the other hand, it flatlines Hina’s own development for the sake of Natsuo’s (and the intended straight male demographic’s) sexual satisfaction, turning her into an object instead of a person.

Hina’s story centers on her dating a married adult man named Shuu, a relationship that began when she herself was in high school. There are strong parallels between the Shuu/Hina and Hina/Natsuo relationships. Both begin the same: taboo, inappropriate, and illegal. Natsuo feels the same way about Hina as she did about Shuu, with both young people under the impression that love will be enough to get them through anything.

But instead of exploring these parallels—by giving Hina the chance to shut Natsuo down and break this cycle of predation, or to make a point about how many abusers were themselves abused when they were younger—the writers use Hina’s story merely as a device to give her and Natsuo a chance to start their own secret relationship. Hina eventually breaks it off with Shuu only to immediately become an anxious mess over her “newly discovered” feelings for Natsuo. Hina’s life has no meaning outside of her relationship to Natsuo.

The writing of the show undercuts its plot for the sake of titillating its intended cis-hetero male viewer demographic. The portrayal of the sexual fantasy between a young male student and his teacher took precedent over furthering the narrative by way of dealing with the characters’ traumas with more progressive and thought-provoking plot choices.

As mentioned earlier, Natsuo and Hina’s relationship goes south big time. Hina has to literally leave Tokyo and resettle in a much smaller town, and Natsuo spirals into a deep depression. By the show’s climax, it’s clear that the intent is for the audience to feel sorry for both of them—not because they’ve been preyed on by adults, but because society won’t accept their “forbidden love.” Domestic Girlfriend knows this relationship is tragic, but completely misses the mark on why.

My main critique of the show lies in its ruined potential. The series sets up its characters with these intriguing and complex backstories: forbidden affairs, abandonment issues, divorce, slut-shaming. The ways the characters interact with one another could have led to nuanced revelations and cultural commentary, rather than limiting the show’s scope to fulfilling sexual fantasies and presenting teacher/student relationships as sexy instead of abusive.

In Natsuo and Hina’s case, Hina could have continued to make it extremely clear that she and Natsuo were never going to be a thing. Because she stepped into her new role as his older stepsister, she had agency to help him move on and create better friendships and relationships with the many other characters in the show.

Natsuo could have had sexual relationships with other characters and it still would have been extremely entertaining. The show could have addressed socially taboo topics that centered around de-stigmatizing patriarchal ideas surrounding sex and relationships. There were so many opportunities to tackle the topics of age-gap relationships, infidelity, teenage sexual relationships, death, and healing from emotional trauma that did not have to involve a teacher almost going to jail for having sex with her stepsibling.

But instead of nuanced analysis and exploration, the series chose to use these sensitive topics for lazy “shock” value. Domestic Girlfriend was clearly more invested in sticking to and reinforcing old tropes to appeal to their intended audience. It would have been nice to see a different and much-needed take on these relevant issues—but here, it’s just the same old predatory song and dance. 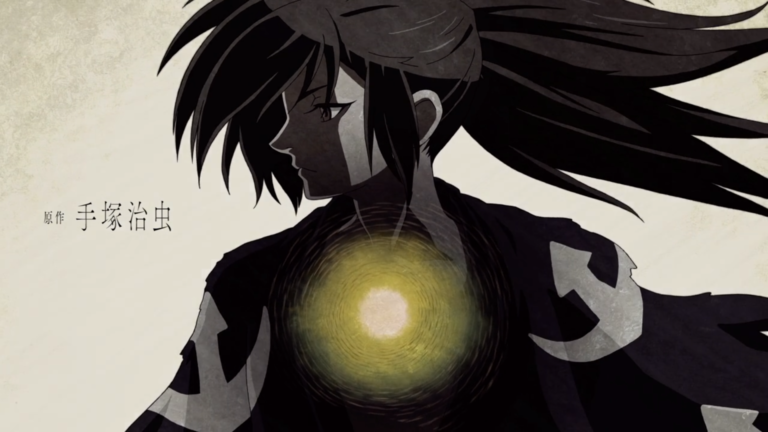 The Demons Are in the Details: Disability representation in Dororo

Dororo is a complicated work to parse from a disability studies perspective. The story is set somewhere in the early- to mid-fifteenth century, was written by “godfather of manga” Osamu Tezuka in the 1960s, has been told in multiple mediums in the ensuing decades, and was recently adapted into an anime for the second time in 2019. These disparate time periods have created a jumble of disability representation that ranges between accurate, inaccurate, and downright confounding. 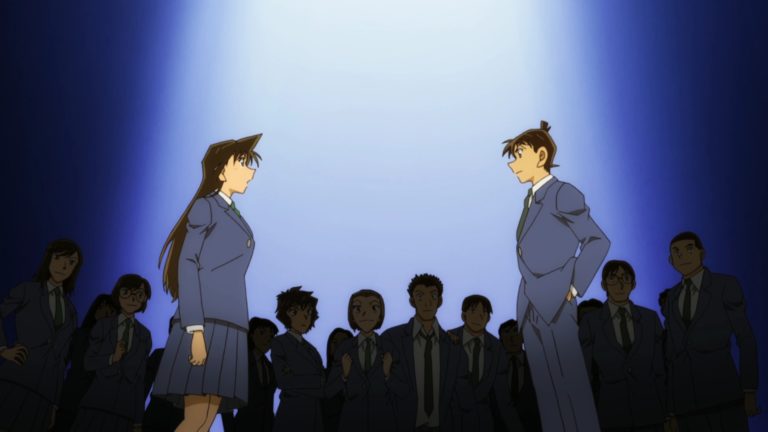 Love & Lies: Case Closed and the normalization of gaslighting in fiction

When you grow up with a series where the characters don’t age, the story might not change, but you will. Over time, Ran’s experience in Case Closed became disturbingly familiar to me in my teenage years as a Black Muslim man living in a city that used to be the second-largest slave-trading port in France.