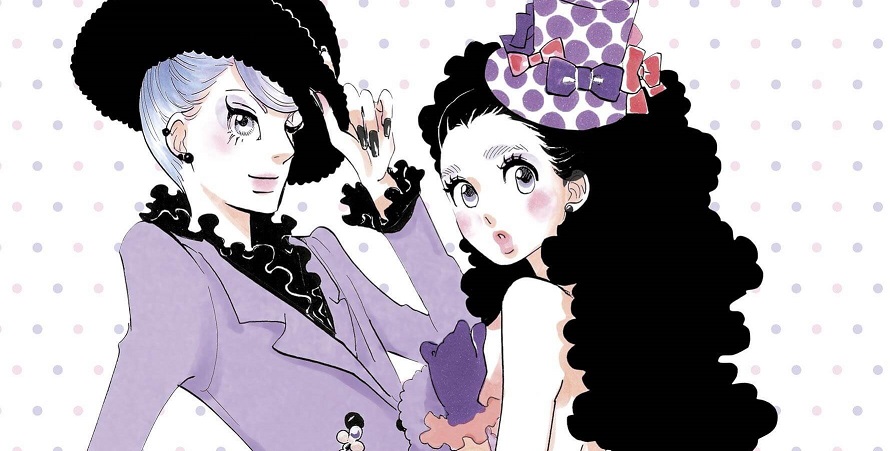 For years, it was common knowledge amongst manga industry insiders and fans alike that josei manga—comics targeted at adult women—were simply too risky to license for English release. Sure, a number of publishers had tried to do so during the heyday of the 2000s manga boom, but their efforts were mostly met with middling sales and a lot of indifferent readers. The history of the genre in the U.S. is largely a depressing one, and for years it seemed as if josei was doomed to be one of the few manga demographics that would never find a foothold with English-speaking readers.

That has all changed within the last few years. Josei licenses are reappearing in publisher press releases and on bookstore shelves. These titles are garnering not only positive reviews, but respectable sales figures and even a few places on the bestsellers lists. Josei manga is truly undergoing a renaissance in the West as readers rediscover older titles and publishers release new ones.

It’s a glorious turn of events for josei fans like myself and others, but it also begs a few questions: Namely, why is this happening now and not sooner? What happened over the last decade that changed so many minds? While there are a number of factors, three primary ones stand out to me: Shifting marketing tactics, new technologies, and a growing (in more ways than one) audience of female manga readers.

The first change happened with how manga publishers marketed their josei books. In the early days of manga licensing, publishers weren’t entirely sure how to reach adult women. They knew how to reach teen girls—indeed, many of them had made millions by selling shoujo manga to those girls. The problem was that they approached potential josei audiences with the same marketing tricks and gimmicks they’d used to sell to teen girls in the early ‘00s, all of which tended to trade on gender stereotypes and other regressive ideas about what makes a book appealing to women.

A lot of them focused on the appearances of the books, adding candy-colored shades and bright traditionally feminine patterns where none had been in the original Japanese release. These design choices become particularly obvious when you compare the covers shown above for some of Tokyopop’s josei titles with both their Japanese counterparts as well as those for properties more explicitly targeted at grade-school girls. Some publishers took this idea to extremes, such as Dark Horse’s short-lived line of Harlequin manga adaptations that were published entirely in shades of pink and purple.  Most of these design choices are not inherently bad or sexist, but in practice it presumes that adult women would simply pick up a manga because the covers were dressed up in feminine colors and not for the content between them.

These were choices that could have been overcome through savvy marketing campaigns, but those simply didn’t exist for early josei manga. Now, to be fair, manga publishers have always had a hard time advertising all their books, and not just the bestsellers. Nonetheless, these josei titles received little to no advertising at all. The closest any publisher came to a josei-focused campaign was Tokyopop’s “Manga After Hours” concept, which was announced in 2005 but abandoned before it was ever actually implemented. Even then, the “Manga After Hours” announcement was loaded with all sorts of language likening these titles to romance novels, “chick lit,” and generally dismissing it as disposable, tawdry entertainment.

So how did the publishers make the shift from pink covers and chick lit comparisons to where we are now? The answer is twofold. First, they shifted their focus from their target audience to the books themselves. Some publishers blended their josei series into other imprints within the company, such as the josei titles (like Midnight Secretary and Everyone’s Getting Married) included in Viz’s Shojo Beat line. Still other companies like Vertical have highlighted the strength of the stories and their female creators instead of focusing on demographic labels. These approaches are not above criticism, as they can be seen as a way to erase josei as a distinct demographic, but at least they rely more on the quality of the titles than on stereotypes about what women supposedly want.

Secondly, publishers found new places to advertise. With the rise of social media, they didn’t have to rely on traditional advertising or pandering to gender stereotypes through color-coded covers. They could spread the word about new releases directly to their audience through sites like Twitter, Facebook, and so forth. This meant publishers can get the good word out about josei titles in ways that are faster, more focused, and don’t rely on outdated sexist thinking.

The new platforms also came with a bonus benefit: fans could in turn make their thoughts known in a faster and more direct way through comments, polls, surveys, and much more. Online outlets could serve more as a starting point for a two-sided conversation than a one-sided campaign, and publishers could use that information to better tailor future advertising and licenses for their readers.

The second big change was a technological one that had implications not just for josei manga but for any manga title that would normally struggle to find an audience: the rise of digital books and readers. Like their more mainstream counterparts, manga publishers took a long time to warm up to the new technology out of fear that it would eat into the profit margins of their physical books.

It took a lot to change their minds: a recession, the proliferation of tablets and smartphones, and a sizeable portion of their readers getting comfortable with online manga thanks to the popularity of scanlation sites. Once they did, though, they discovered that digital manga didn’t hurt their market, but expanded it.  The digital space gave them a lower-cost, lower-risk space to publish those previously “risky” titles and let them find an audience over time.  This is a strategy that has already paid dividends to English-speaking josei fans.

For proof, look no further than Akiko Higashimura’s Princess Jellyfish.  Ever since the anime adaptation aired in 2011, fans begged Kodansha to release the manga.  Initially, Kodansha resisted the call.  It was a manga that already had a dozen volumes to its name, was attached to an anime that had underperformed, and was a josei title, which had never sold well in English.

It took another four years before Kodansha was willing to give the title a chance, and even then it came with conditions. One of those conditions was making the first four volumes exclusive to Crunchyroll’s manga service for the better part of a year before the print release.  This move paid off in a big way, giving the manga the sort of visibility and good word-of-mouth it needed to build audience interest in the print release at no cost to readers beyond that of a Crunchyroll subscription.

Thanks to that wave of interest, the series debuted near the top of the New York Times’ bestseller list and continued to do so with each subsequent omnibus until the Times discontinued their bestseller list in February.  The success of Princess Jellyfish not only demonstrated that there was indeed a sizeable interest in josei manga, but that releasing manga digitally allowed those titles to reach a wider audience than they might have otherwise. It’s a lesson that Kodansha certainly has taken to heart, considering the recent wave of digitally exclusive josei licenses (such as Chihayafuru and Higashimura’s latest series, Tokyo Tareraba Girls) they’ve picked up as of late. Time will only tell if other publishers will follow suit.

Playing the Long Game: The Audience

The final change happened within the manga-reading audience; a change that began nearly two decades ago. After all, manga took off in the west thanks in part to a sea of young women ready and willing to buy and read shoujo manga. While trends changed and publishers rose and fell, that audience never went away. If anything, it continued to grow as those who started with Sailor Moon, Magic Knight Rayearth, and Fushigi Yugi moved on to Fruits Basket, Ouran High School Host Club, and Yona of the Dawn.

Now those manga-reading girls are manga-reading women in their twenties and thirties who are just as ready and willing to buy manga about women like themselves. In a way, it’s a case of history repeating itself.  Josei manga came about in 1980s Japan for the same reason it’s doing so well in English-speaking nations now: a generation of girls who grew up on shoujo manga became adult women who wanted to keep reading stories that resonated with their own experiences.

It’s also the reason I believe this josei renaissance is going to last. Yes, it’s good that the publishers are neither trading on sexist and juvenile marketing tactics nor hiding their josei titles entirely.  Yes, it’s good that companies embraced new forms of technology to find better ways to bring josei manga to readers.  None of that means anything, though, without an audience who wants to read and support those titles. It turns out they didn’t need to chase that audience as if it were some mythical creature. They simply needed to nurture the female readers they already had until they were old enough to appreciate what josei manga had to offer.

Thanks to our generous patrons we are now able to pay all writers! Next we need to be able to pay members of the team for their work behind the scenes, especially their time spent editing the work of paid contributors. If you appreciate our work, believe in paying people fairly and can spare just $1 a month please become a patron today!

Megan D. (formerly Megan R.) has been preaching the joys of manga to anyone willing to listen for nearly a decade. She can be found on Twitter, on Patreon, and at The Manga Test Drive.