DEVILMAN crybaby has been tearing up the internet since it dropped a few weeks ago, sparking conversation about its use of sex, violence, horror, and taboo to tell a story about love and the end of the world. Not an inconsiderable amount of that discussion was centered around the series’ queer representation. What do you do with a series that features sympathetic representation while also roundly killing its queer characters off, and does it make a difference that everybody is dying?

This is and isn’t new: the first incarnation of the Devilman franchise to make it to the states was the late 1980s/early 1990s OVA, where it made a minor stir but not much of a lasting impression in western fandom. Meanwhile, Nagai’s five-volume manga and its many adaptations and spin-offs were inspiring everything from Berserk to CLAMP.

Because Ryo’s love for Akira has been there since the very beginning of an extremely influential franchise, it means that crybaby winds up not just reinventing a single work, but talking back to an archetype that its source material helped cement.

Ryo Asuka set the standard for tragic queer villains in love with the hero. The original story ends as it does in crybaby, with a long monologue delivered to Akira’s corpse as Ryo/Satan waits for God to come wipe him out yet again. He becomes a tragic villain rather than an unequivocal monster in a series full of them.

But perhaps because of the time period and the limitations of the genre, Ryo’s story is always a tragic one. The closest aversion is Devilman Lady, which due to its cancellation ended with Ryo and Akira teaming up but failed to show the outcome of the final battle against God (much less anything about their relationship status).

Since the original Devilman manga, Ryo has been written out of the series entirely (the 1972 anime), split in two until the end of the series (Devilman Lady), and reborn into a heterosexual relationship with Miki Makimura (Violence Jack). Meanwhile, his influence can be seen in the likes of Griffith (Berserk) and Kaworu Nagisa (Neon Genesis Evangelion). CLAMP’s early doujinshi work often focused on the character, even giving him and Akira a child, and the echoes of that fannish love are obvious in their 1990s work (particularly X).

The image of a mysterious, cold, and supernaturally aligned queer villain whose heart is only moved by the hero (whether it be to love or obsession) is its own longstanding trope in the anime and manga world.

There are plenty of troubling elements woven in with that archetypal role. Even if we ignore stories that use queer-coding as a threatening element and just focus on the ones that portray the queer-coded villain as sympathetic, this is still a character who causes an apocalyptic genocide only to regret it after the fact.

No one in Devilman is exactly a great person, but that’s above and beyond, especially once you move that archetype into stories that have a less bleak system of morality or more optimistic tone. It’s the problem that inevitably occurs with any influential work, as parts of it are taken and applied to other art. And it doesn’t help that the original version has a shaky grasp of portraying a marginalized character to begin with.

The result of this is that DEVILMAN crybaby isn’t just interacting with the original piece of art it’s reimagining; it’s slotting itself into a landscape populated by the descendants of that art. Ryo in particular was clearly on the minds of the creative team, as Director Yuasa Masaaki described the series as being Ryo’s story, even if Akira was the lead character. He’s quoted as saying, “in the end, it’s about love.”

If that’s your approach, thinking critically about the queer dimension of the story is crucial. And the decision Yuasa and his team came to was a smart, if imperfect, one: definitely don’t let Literal Satan be the only character who isn’t heterosexual.

One of the most crucial parts of writing marginalized and under-represented characters is variety. There’s nothing inherently wrong with having a character who’s a femme fatale, for instance, or a flamboyant gay man. But if they’re the only woman or gay man in the series, they aren’t just individual people any more—they become representative of their entire group in the minds of the audience. The impression becomes: “Ah, this is what [those people] are like.” Straight cis male characters rarely if ever have this problem, because there are a host of different ages, wants, personalities, body types, and so on for them to see themselves in, and for the audience to see them as “a human/a character” rather than “a man.”

In that light, Miki “Miko” Kuroda and Moyuru Koda are exactly what the series needed. These two, along with Ryo, are all fully fledged queer characters who display different attitudes toward life and meet different fates, and none of them would have worked on their own.

Koda’s grief over his dead boyfriend becomes cowardly self-preservation, a move that’s given sympathy but also makes him look less “fit” as a hero than Akira (whose sexuality is up for debate but who is at least interested in girls). Miko is angry and butch but also ultimately a hero whose feelings are reciprocated… right before she and the girl she loves both die. And then there’s Ryo “Literally Satan” Asuka, a tragic Miltonian figure who realizes his feelings only after killing the person he loves.

Each of these characters in isolation has parts of a negative stereotype associated with LGBTQ people—cowardice/a lack of manliness, the need to die in service of heterosexuals, being corrupt and manipulative—but including all of them and framing them as heroic or tragic creates a range of humanity rather than a single statement. Plus, it helps that everyone is dying for a change, rather than the heterosexual characters building a happy ending on the backs of corpses.

All that context in and of itself does wonders for Ryo’s character arc. Unlike in the original manga, where the singular focus was on Akira’s feelings for Miki Makimura, crybaby ensures that its audience spends a significant amount of time with two other well-developed, sympathetic Devilmen (one of whom is a hero in her own right), and both of them are queer teenagers.

That change in focus means it’s no longer a case of an aberrant queer figure (Ryo) destroying the happiness of a heterosexual-coded world for the good guys. His actions destroy the lives of outsiders as well—not just Miko and Koda, but also the mixed-race Makimura family and the rappers commenting on the malaise they feel as young people in Japan.

Crybaby takes care to show that the paranoia against its characters is a manufactured one, born of a terror that non-normative young people might topple society. And meanwhile Ryo himself has become the system, the old guard crushing down rebels just as God threw him out of heaven.

The Ryo of DEVILMAN crybaby is a monster because of his lack of compassion rather than his queerness. But even he is offered hope, as the realization that he loved Akira all along becomes a catalyst for change and rebirth.

Rather than ending as the manga does, where a broken and regretful Ryo looks up to see God’s angels coming to destroy him, crybaby goes slightly further by implying a time loop. The world is reborn again, with the implication that things might be different this time.

As this visual analysis of Satan’s origin story points out, the moon is a visual metaphor for Satan, able to orbit but never touch. In the wake of the second apocalypse, the Earth is once more destroyed and reconstituted. The moon is still an outsider circling the planet, but it is no longer alone. A second moon was formed during the battle where Satan realized his love for Akira—and the two outsiders can now keep one another company.

While we see multiple cycles of destruction, they’re clearly building upon one another rather than returning to an identical static state. And the major agent of change, the reason to have hope in this new world, is because Ryo realized he was in love. His last wish is for Akira to still exist in the world, and to be with him.

His outsider nature as a queer being is what’s going to save him from repeating the cycle of destruction. It’s deft maneuvering that technically uses the same events of the original while also completely re-contextualizing them, winding up with a more hopeful conclusion for its tragic Satan figure than even many other modern series that have used similar archetypes and themes.

DEVILMAN crybaby is not a perfect series. We could be here all day talking about its difficulty balancing sincerity and exploitation, the fact that its first half is considerably weaker than the second, its fear of female sexuality, and so on. At the end of the day, I’m not even sure I would hold it up as a definitive example of Good Queer Representation™.

Nevertheless, it is a clever and thoughtful remake of an iconic and intensely problematic property that took the time to reexamine its story about fearing outsiders and queer people and realized “Hey, there’s a way to make this more inclusive and representational than the 1972 version and even a lot of current series!” Measuring it by where it came from and where the bulk of the anime industry is now, it did a pretty impressive job. 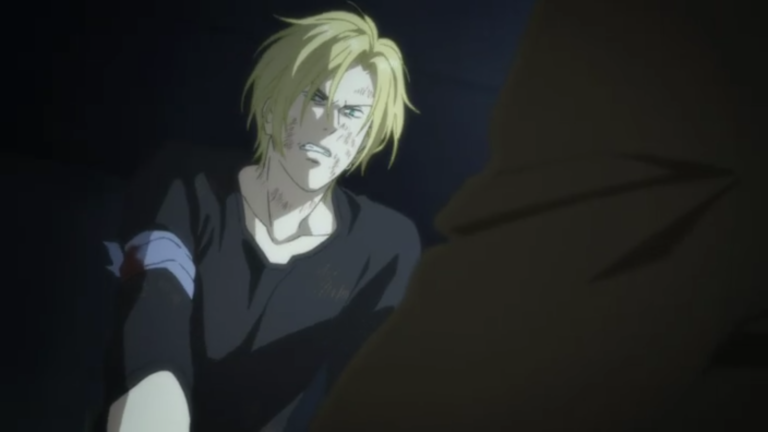 Ash is a problematic depiction of a queer assault survivor, but also one that claws open some of my most private, difficult wounds. 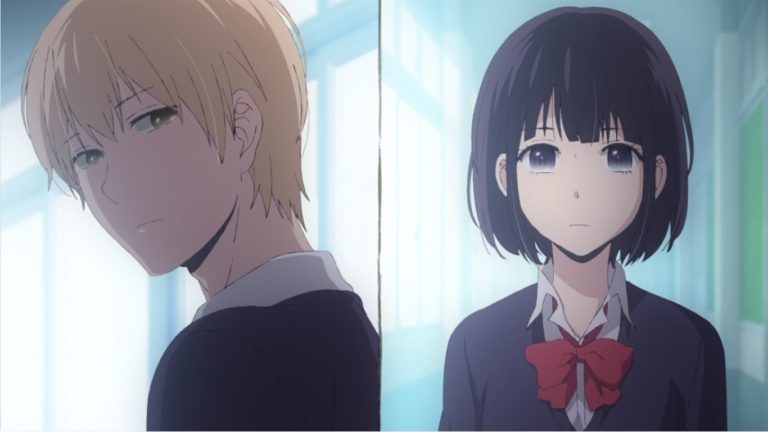 My Fave Is Problematic: Scum’s Wish

What truly sold me on Scum’s Wish was that it was a romance that didn’t play by the rules. The series promises sex drama instead of sex comedy, a romance where people are flawed, ugly, disappointing creatures rather than glossy cartoon stereotypes.