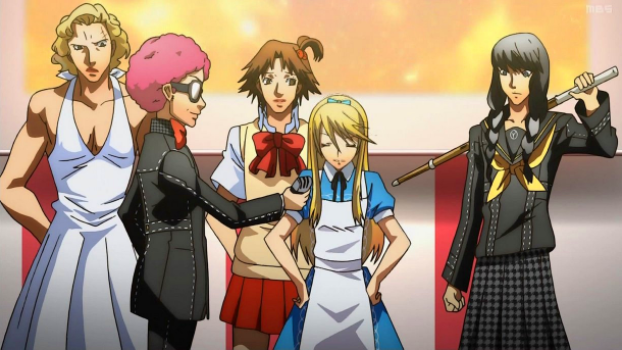 Recently Juné, a yaoi manga publisher, included the word “trap” as part of their marketing (in a tweet that has since been deleted, but we have a screenshot below). On Twitter, Anime Feminist rightfully pointed out how bad that was, referencing GLAAD’s inclusion of “trap” as a slur and linking to an article about problematic translations. Seeing all this, the fit of rage I felt as a trans person was massive. This rage only built upon seeing Juné’s (non)apology. What they said is fundamentally wrong and ignores just how hurtful the “trap” mentality is.


Referring to a person who dresses and passes as a woman as a “trap” is extremely dangerous. The idea that trans women are traps implies that they cause harm to (cis) men and women, which perpetuates the fear-mongering that allows society at large to defend people who murder trans women.

In some states it is basically legal to kill trans women because of this “trap” logic. Called the “trans panic defense,” defendants will argue that the trans woman “tricked” the man and therefore “deserved” to be murdered. In fact, it wasn’t until very recently that the first conviction of an anti-trans hate crime even happened. Eleven trans women (that we know of) have already been murdered this year simply for being trans. The previous two years have each broken the record for the number of openly trans people who have been murdered.

These trans women were often considered “traps” by their killers, someone who “tricked” them into being with them. Once their murderer realized the woman was trans, they felt justified in getting back at the person who tricked them. It’s disgusting, but it’s exactly what “trap” denotes. It states that a trans women is a figure that exists to ensnare someone.

One could claim that “traps” in anime/manga aren’t technically trans women, but there’s no narrative that expressly respects trans women while also featuring “trap” characters. No, most “traps” exist in worlds where trans women don’t get to exist; rather, they are seen as “really” being men hiding behind feminine clothing and features. These narratives further the fetishization and the violence enacted on trans women.

Even in narratives that include trans women, they’re often the butt of the joke. When we see an actual trans character in most anime, they’re usually portrayed with overtly masculine features and flamboyantly feminine personalities. Both the idea that trans women can’t pass and that those who don’t pass deserve to be mocked are extremely harmful.

Cisgender “traps” get to pass while the narrative reminds you again and again they aren’t actually women. Trans women who pass are a “trap” and it’s funny that a man would want to be a woman. Trans women who don’t pass are scary and are here to be ridiculed for their attempts. Trans women are placed in a no-win situation.

This can’t simply be dismissed as “Japanese culture.” Trans women exist in Japan and it’s not a pleasant world for them either. Trans people in Japan must be diagnosed with a mental disorder in order to get their IDs changed, wear school uniforms that match their gender, and so on. It’s only now in 2017 that LGBT+ kids in Japanese schools are getting any protection and that people are pushing to stop treating trans folks as if they’re mentally ill.

There were many reports in Japan about how, during the tragic earthquakes and tsunamis, trans people, particularly trans women, were not able to get aid, temporary housing, and other basic tools simply because of their gender identity. In a time of national crisis, trans folks were tossed aside and left to fend for themselves. (Instances like this are not limited to Japan, of course; in the United States, the Salvation Army has an awful record with trans homeless as well.)

This is not a trap; this is suffering. If there’s any “trap” here, then it’s the social structures that justify the continued use of the “trap” trope. The reinforcement of this harmful trope and others like it create a cultural stigma that spreads. Trans women aren’t seen as women by the majority of society, which forces them to either torture themselves by hiding who they are, or to be on their own.

Just because something is historically offensive doesn’t mean it gets to keep being offensive. Calling something a “genre” doesn’t give its offensiveness a pass. We don’t live in the long long ago, we live in the now, and now more than ever it’s important to think critically about the terms we use. Language evolves. We have to understand how these words work and that some simply aren’t worth keeping. Furthermore, it’s up to the communities hurt by a word to decide if it’s a slur — any decision to reclaim or reject those words is up to that community and no one else. It’s not for an outsider to the trans community to gleefully decide if it’s bad or not. Right now, “trap” needs to stop.

While a publisher may be free to publish “trap genre” stories, they shouldn’t be free of any repercussions. If a publisher chooses to sell something harmful, we are free to say “Hey, that product is bad!” The product doesn’t need to targeted at me to negatively affect me. “Trap” content can be poison to the trans community with slow, awful effects. A publisher can’t get a free pass for transphobia because the content they’re releasing is a fetish genre. Trans people are not your fetish. We are not here to be exploited for dollars, especially with something as insulting as the “trap genre.”

These narratives could be very empowering for us if only they were done with more care. With slight tweaking, so many of these Japanese treasures could actively empower, celebrate, and embolden trans folks, but sadly we’re stuck with mostly toxic narratives. It creates barriers that make it all but impossible to enjoy our favorite things without also causing us pain.

I can’t really indulge in Persona 4 because the crossdressing pageant actively makes me hate so many of the characters involved. Sometimes it’s even a simple matter of which translation I read, as the right word choice can turn Princess Jellyfish into a narrative that doesn’t completely remove the possibility that Kuranosuke is non-binary or trans.

Just at the base level, these mentalities fill trans people’s feeds with images that require them to come up with headcanons or ignore them completely just to keep it from having an unhealthy impact on how they see themselves. Being a part of this community can be an affair that leaves scars on a trans person’s life forever.

Trans folks are not traps, we are people. People who are hurting in almost every country. While some places are making progress or are in the process, it’s a scary time for the whole community. We need to stop excusing shitty terms just because it’s “easier” to say the same bad shit that was always said. We need to start considering how we can create narratives that include trans people and represent them.

Not sure where to begin? Some questions to kick-start conversation:

At this stage, we have raised enough money to be able to pay for contributed posts, behind the scenes admin, and audio editing for weekly podcasts. Our next goal is to pay the editors who have worked on AniFem as volunteers since before launch, making enormous contributions for no pay. Help us pay them for their work at a rate of $15 an hour by becoming a patron for as little as $1 a month!

Alexis Sergio is a freelance journalist, diversity consultant, and comic book writer. You can support this queer latinx trans lady by going to her Patreon or by smashing oppressive systems near you.