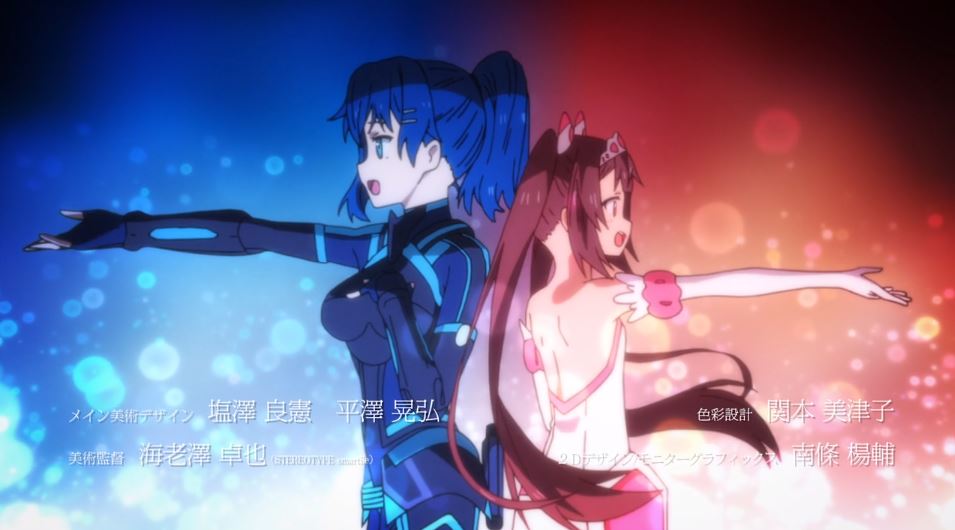 What’s it about? On the day of her 12th birthday, Princess Yuki is expected to fully step into the role of ruling her country. An optimist who’s never left the capital, Yuki sends a delegation to the border of the neighboring Empire in hopes of lending aid—but her generals have been keeping the seriousness of the conflict from her.

I think I’m picking up what this series is putting down, but it’s a little hard to tell when this first episode is essentially a lengthy prologue. The show’s other protagonist, if the opening theme is anything to go by, hasn’t even been introduced yet, and the overarching conflict is saved for a last-minute reveal. Instead, the premiere opts to follow Yuki through a routine day of her newfound governing responsibilities.

On the one hand, this makes for somewhat lumpy pacing. The script makes a heroic attempt to introduce its sci-fi concepts in a naturalistic way, only briefly mentioning the Energy Plot Device that killed Yuki’s parents and will probably be an important factor in the war later, but there are some scenes that still fall into somewhat tedious technobabble. Meanwhile, the back half of the episode is largely taken up by a VR training exercise with the flimsiest of stakes and not especially impressive mech designs.

On the other hand, the unhurried pace results in some solid character work. Yuki is ever-so-slightly this side of pwecious in order to drive home her naivete, but we also see her as a capable tactician and a genuinely engaged ruler even if she’s in over her head. Rather than going for a “princess longing to shed responsibility” setup, Yuki seems genuinely motivated to use her position for good. It left me interested in seeing her mature and hone those traits.

She even has believable chemistry with her childhood friend and bodyguard Joshua. While the episode hints somewhat toward a mutual crush, because that’s what “childhood friend” means in anime, their mutual teasing and camaraderie feels genuine and engaging. Joshua does show off a streak of machismo in his determination to protect Yuki’s honor (hence the overlong training exercise), but it’s so far balanced out by his willingness to listen to her input.

Though I’ll be real honest, folks, when I saw the below screenshot from the opening theme, all of a sudden I was thinking that I wouldn’t be too broke up if Joshua were to die tragically in battle (although honestly there’s a slightly dodgy age gap between Yuki and basically every other character, at least visually).

Overall, there’s a lot of potential here, but it’s hard to say what the execution will look like, since this whole episode is constructed to be a feint. There are a couple of other female characters introduced that I’d like to know more about, and while Yuki’s outfit is spectacularly stupid and impractical in that way that only sci-fi anime can be, the camera avoids any leering.

Depending on how much nuance it can bring to its clearly telegraphed “WAR BAD” story (and how much it intends on punishing Yuki for being naive to the realities of war), it could wind up being a really solid sci-fi series with two very cool and different leads helping each other grow. At the very least, I’m locked in for the first three episodes.