What’s it about? Hijiri Mizuki wants a peaceful life at her new high school, but she just had to go and get an eye infection before starting. The eyepatch she’s been wearing to recover catches the attention of Noda Yamato, a superhero tokusatsu nerd who immediately pegs her as a fellow geek. Will she be able to make any normal friends now that this weirdo has imprinted on her? Can the Hero Club help with her situation?

There are two kinds of shows that, when the eyecatch appears, you say to yourself, “Wow, we’re only halfway?” One is when the show is so indescribably boring that time seems to stretch on and on, and those ten or so minutes feel more like twenty or thirty. One is when so much happens that you can hardly believe all that content was packed into only ten minutes. Thankfully, Outburst Dreamer Boys is the latter.

I watched this episode right after watching the first episode of High School Prodigies Have It Easy Even in Another World and I think I might have developed whiplash from going from something so deathly dull to something so thoroughly packed with energy, joy, and humor. You know when you spend an entire first episode smiling and laughing out loud, you have a winner.

The Outburst premiere does somewhat follow a reverse harem/otome model. Mizuki gets drawn into the pre-existing circumstances of a group of cute boys, offering the series an exhausted straight woman for the boys’ bullshit to revolve around. She even has a normal, nice female friend, as is so often the case with these shows. She does, at least, have a decent amount of personality—her exasperated expressions are one of the highlights of the episode.

And what nonsense it is! She has a tokusatsu otaku, a boy who would be cute if he weren’t obsessed with his idol rhythm game wife, and a classic chuunibyou constantly hollering about how in another life he was half-angel and half-demon.

Nerds will be nerds, but at least they’re all sweet and well-meaning, even if they’re not exactly what she’s looking for in a social life. That sweetness is essential to making the episode work—if they didn’t have good hearts beneath all the delusions, they’d just be obnoxious and making Mizuki’s life hard for no reason. Instead, I can see her bonding with these knuckleheads in a sweet, funny series.

That aside, it’s not just the sweetness and likability that attracts me. It’s also absolutely hilarious, filled to the brim with witty lines, physical comedy, and background sight gags. The jokes often build slowly, hitting the punch line with impeccable comedic timing and brought to life with beautiful, bright, expressive animation.

Unfortunately, as much as I heap on the praise, it already looks like Outburst Dreamer Boys is going to fly largely under the radar. That always seems to happen with otome comedies, a problem that I admit I contribute to. But no more! I’m all in for this one. Won’t you join me? 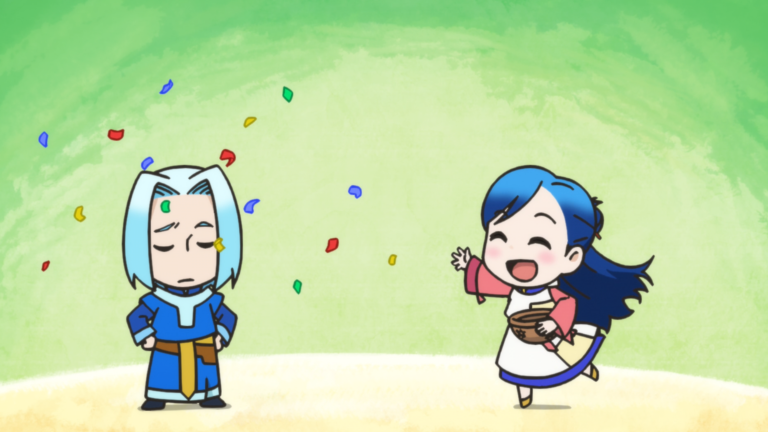 The recs lists just keep on comin’! Last week, we celebrated the end of the decade. This week, we’re zeroing in on the season and year that was, starting with our Fall 2019 picks. 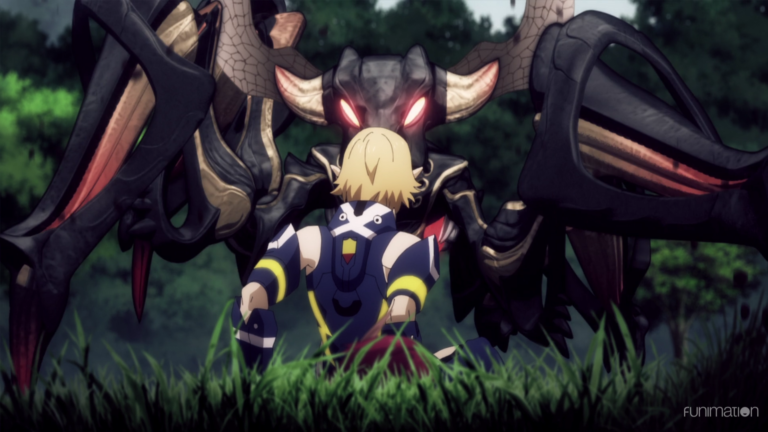 The PSO2 game has a decent amount of acclaim, but this episode came across as so much fantasy/sci-fi mush, full of concepts that have been done before and more distinctively, blended together until all of the flavors merge into one big nothing.