What’s it about? Basara Academy is in turmoil! Captain of the baseball team Masamune Date and soccer captain Yukimura Sanada are locked in a struggle over who gets to use the school’s athletic field first. Ieyasu Tokugawa, in order to realize his dream of the entire student body uniting in friendship, has deposed the former Student Council President Mitsunari Ishida, and Ishida has sworn his revenge.

It was really only a matter of time before this happened. Sengoku Basara started its life as a series of video games extremely loosely based on the real Warring States period in Japan, and the anime adaptation gained a cult following for being absolutely off-the-wall. We’re talking about a series where Masamune Date’s horse has handlebars and an exhaust pipe.

It also has tons of attractive men with emotionally intense bonds and a large cast of big-name voice actors, so of course it’s become a mainstay of fujoshi fandom. And that is exactly why Gakuen Basara, an extended high school alternate universe story, exists.

Now, I’ve never played or watched Sengoku Basara. The names are familiar to me from taking Japanese history in college, but I can’t remember the finer details for the life of me. My fiancee, Jared, has been pestering me to watch it for years, which is exactly why I enlisted him to watch this episode with me.

I figured there were a few possible outcomes of this arrangement. First, Gakuen Basara could be beginner friendly, allowing me to judge it entirely for myself. Or, it could rely on familiarity with Sengoku Basara, but I could be informed based on Jared’s reactions. If he laughed, I could recommend it. If he didn’t, then I would recommend viewers advance with caution.

The show was totally inaccessible, and Jared didn’t laugh very much beyond a couple chuckles.

It reminded me somewhat of the sort of fanfics I devoured in middle and high school: wacky comedy AUs that rely on reference, RaNdOm HuMoR (what if Mori Motonari threw CDs at people??? lol i’m SO random!!! idk how i come up with this stuff XD XD XD), and inside jokes that only people who are friends with the writer could possibly hope to get. It was fun reading and writing on fanfiction.net instead of paying attention in physics class, but not really something I’d expect to get an actual animation budget.

Jokes whizz past at lightning speed, and almost every single one is an inside reference to the Sengoku Basara series. Only one or two were funny on their own merits, and even then, they weren’t really jokes so much as the inherent comedy of Tadakatsu Honda as a huge semi-mechanical man standing surrounded by a bunch of high school mooks in baseball uniforms. And I laughed at how Motochika Chosokabe’s biker gang is entirely CG and meshed terribly with the rest of the show, but that’s not really a joke.

Pretty much everything else just feels like a bunch of dudes with nice voices and weird clothes hollering at each other. Oh, sure, I know they’re historical warlords filtered through a couple levels of abstraction, but here they’re mostly just shouty and kind of homoerotic. (Jared kept saying, “I cannot emphasize enough how many boyfriends Yukimura Sanada has.”)

It’s a fanservice show, plain and simple. It’s meant for people who already know and love these characters and are invested in seeing whatever HILARIOUS antics they can get up to when transferred into a different environment. Everyone else can screw off. There’s nothing wrong with that, but if you’re outside that narrow section of the population, don’t bother. 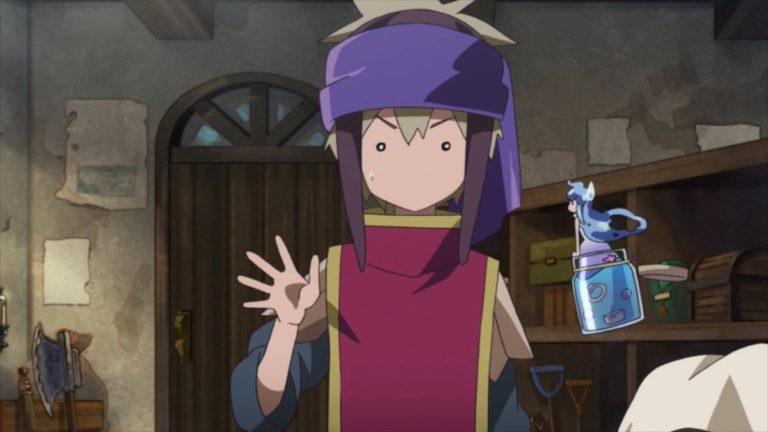 [Review] Merc StoriA : The Apathetic Boy and the Girl in a Bottle – Episode 1

What’s it about? Yuu comes from a world inhabited by monsters, fearsome beasts that can be “healed” and made capable of peacefully coexisting with humans. Shortly before disappearing, his father gave him a bottle full of blue liquid. One day, that bottle popped open and a tiny girl capable of communicating with monsters named Merc popped […] 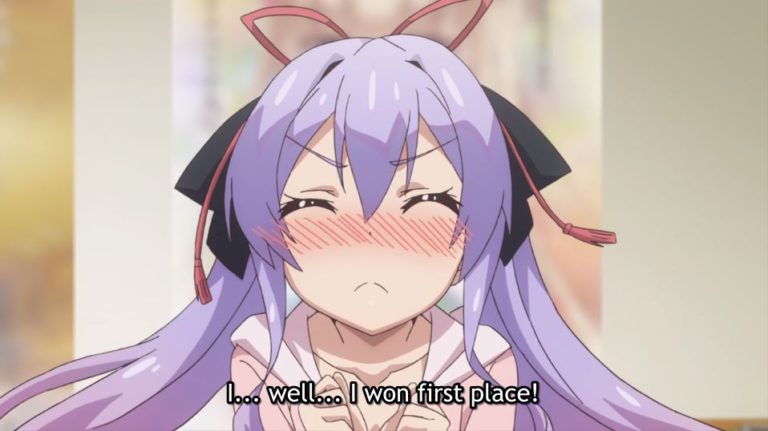 [Review] My Sister, My Writer – Episode 1

Shows like GOBLIN SLAYER and UzaMaid! clearly had talent and budget wasted on them, but My Sister, My Writer doesn’t even try.