What’s it about? Mile was once an exceptionally gifted but lonely high school student before getting hit by a truck. Given the chance to be reborn in another world, she asked that her powers be made “average” so that she could finally make friends. The powers that be granted her wish… by averaging the strength of the strongest and weakest creatures in her new world.

Don’t worry, Mile. Your series achieved what you could not: it averages out its charming elements with some of anime’s laziest fallback jokes to reach a grand total of “basically okay.” Which is perhaps the kindest way of saying that this could’ve been the cute, funny wish-fulfillment counterpart to Ascendance of a Bookworm if it wasn’t, to paraphrase managing editor Dee: “so obviously written by someone whose primary understanding of human interaction comes from light and visual novels.”

On the positive end of things, the Kingdom of Tils is bright and appealing, with a candy-colored palette that avoids grating on the eyeballs. The writing smartly decides to pair Mile’s complaints about how overpowered she is with a desire to help people out and earnest, if awkward, attempts to make friends.

Her rampant enthusiasm and instinct-over-sense determination reminded me of everything I loved about Fushigi Yugi‘s Miaka, although how funny you find a lot of the humor around her character will depend on whether you’re delighted or exhausted by meta-jokes. Once in a while they’re worked in smoothly to Mile’s character, like when she gets so dazzled by watching a real swordfight that she forgets to help out. But mostly it boils down to pointing out that a trope exists and waiting for the laugh track.

Pointedly archetypal or no, Mile’s newfound friends also seem like good kids, with a dynamic that clicks together well and has a lot of potential for playing off one another. There’s also basically no fanservice of any of them, aside from a boob comparison bit for big sister-type Pauline and a grating gender confusion joke for slightly butch knight Mavis.

Which is where the show begins to run into trouble. Every time it does something fun, there’ll be some irritating joke that feels thrown in for no other reason than it’s what the genre is expected to do. Mile is annoyed because she’s flat-chested! Pauline’s boobs are big! It comes off as outright lazy, watering down Average‘s more unique jokes.

The big sour dollop on top is the episode’s villain, who is yet another addition into what I must now regrettably term an established archetype: The Lesbian Pedophile. Anime producers seem to have decided that having a character drool over children is okay as long as it’s a woman. You can have your shit cake and eat it too.

I will grant you that it was very cathartic to watch this woman get her ass handed to her after listening to her spout off about how her harem is totally not sexual and she just wants to appreciate the beauty and innocence of the little angels she’s kidnapped while they tenderly embrace and excuse me while I throw up. If nothing else, it’s a nice break from the DOGA KOBO shows that’ve been positioning this kind of character as sympathetic.

Still, it makes me worry that this is just a backdoor way into the extremely pernicious and harmful predatory stereotypes that have haunted the queer community for decades. It’s just with women instead of men, now.

Also, Mile blows her up because she’s mad about being mistaken for a child. Not like, in a righteous fury over her rescue mission. Just. Boobs.

The back half of this premiere has a huge problem with treating sexual assault as trivial, in fact, including a jaw-droppingly tasteless imagined scene of a man demanding sex from a child, all animated using comical chibis. It’s a real deflating ending to what had started as a solid getting-the-gang-together adventure.

And that’s kind of Average Isekai in a nutshell. Some really good grounding let down by flat jokes in all the wrong places. I might be willing to give this three episodes to prove itself, but I can’t help but wish for what it might’ve been if it wasn’t trying so hard to live up to its nickname. 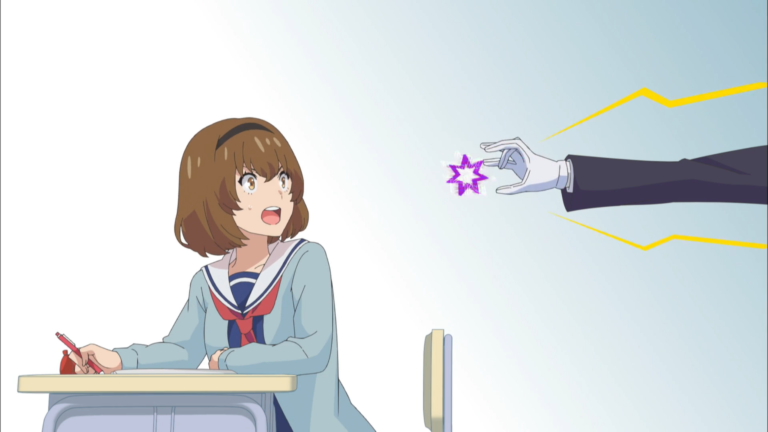 Fall rolled out a buffet table full of new shows, some that wowed us and some, uh… not so much. Now that we’ve finished our premiere reviews, let’s take a look at the season’s full menu. 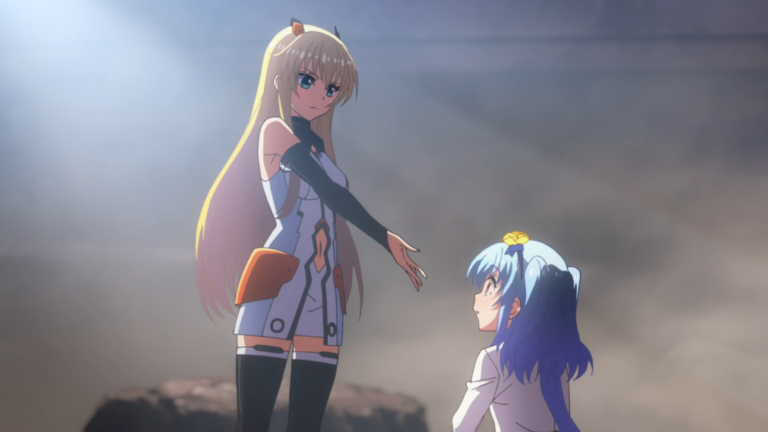