What’s it about? BEATS ME. The human mind is a vulnerable thing, and there are those who have the power to influence it more than most. Some use these powers to help others; others, like “the Crushers,” can infiltrate a person’s mind and send it spiraling into a total break from reality.

Back in the 2000s there was something of a market for “dark” anime. They tended to have certain elements of extreme or shocking content that meant they either aired on Adult Swim or couldn’t be aired on TV at all. That element of restricted access gave fans of those shows a sense that they were “in the know.”

But with the exception of an occasional Paranoia Agent here or there, these “adult” series tended to be quite adolescent in their use of gore, mental illness, marginalized identity, and so on for lurid shock value rather than genuine social critique or nuanced exploration of trauma. To use a turn of phrase: they were edgelordy as fuck.

Which is a very long way of saying that Pet makes me feel like I’m 15 again, and I think the reason Amazon’s search bar doesn’t bring it up when searching either “pet” or “pet anime” is that they finally got a good look at the thing they licensed.

The episode is divided into two stories: a cold open meant to demonstrate the healing way that the story’s mental powers can be used, and the episode proper about its use in the criminal underworld.

Which is a perfectly functional dichotomy, but let me paint the scene of the “good” scenario for you. We open in a hospital where a mother is bemoaning the fact that her nonverbal child only wants to watch the same anime over and over, and that she feels responsible for the way he’s turned out. In the middle of this, we glimpse her internal monologue, where she graphically imagines getting back at her adulterous husband by committing suicide.

As it turns out, her heavily autistic-coded son behaves that way because he’s psychically sensitive and overwhelmed by his mother’s inner torment. A helpful pony-tailed man then teaches him how to filter out other people’s thoughts and build his own walls so that he can live and behave “like everyone else.” It’s like an Autism Speaks wet dream.

The rest of the episode is the kind of twist-centric pulp that would’ve been popular when the manga this show is based on was running (circa 2002): Kenji, a bar owner who runs odd jobs for a shady guy and doesn’t ask too many questions, accidentally digs up more than he wanted to know and winds up being targeted by the titular “Crushers.” But wouldn’t you know it, the guys who are after him are actually the handsome young men who’ve been renting his room. Credits.

While it’s cool to see a story centered around a Black main character, it’s pretty rapidly undermined both by the fact that he’s a one-off victim and the fact that he’s relentlessly homophobic to his two tenants. Said homophobia, which they later use to torment him during the hallucinatory section later, almost guarantees to me that these (probably recurring) characters aren’t actually lovers… and that even if they were, that fact exists primarily for shock value used by the villains.

And just to add a final bit of icing on the cake, the mind-warping scenes aren’t even particularly impressive, playing like a watered-down Kon Satoshi flick and relying heavily on musical stings for impact.

Pet is yet another series that feels like its time has passed by; an adaptation that doubtless would’ve done big business if it had come out even a decade ago but is now hopelessly outclassed by more stylish and more thoughtful fare. Part of me wants to watch another episode in the same way cars slow down to look at accidents, but otherwise it joins Babylon in the “probably for the best it’s in Prime prison” pile. 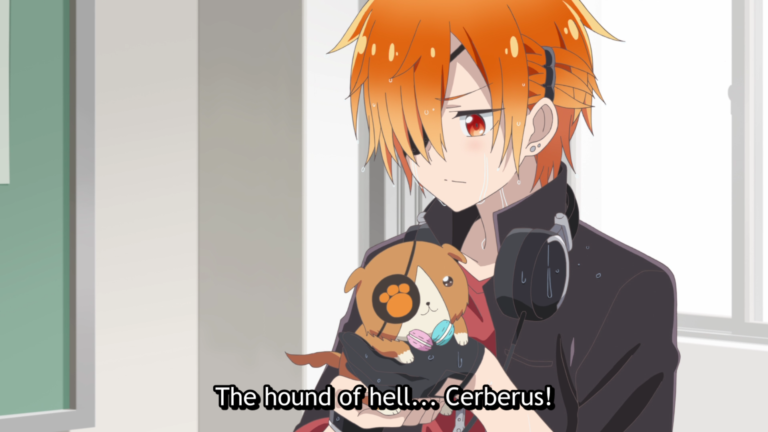 A Destructive God Sits Next to Me – Episode 1

What’s it about? Koyuki Seri does his best to hold in his natural snark, but some people make it really hard. One of those people is his classmate, Hanadori, who is so disruptive with his severe case of chuunibyou that the entire class’s grades have dropped! To make matters worse, Hanadori has latched hard onto […] 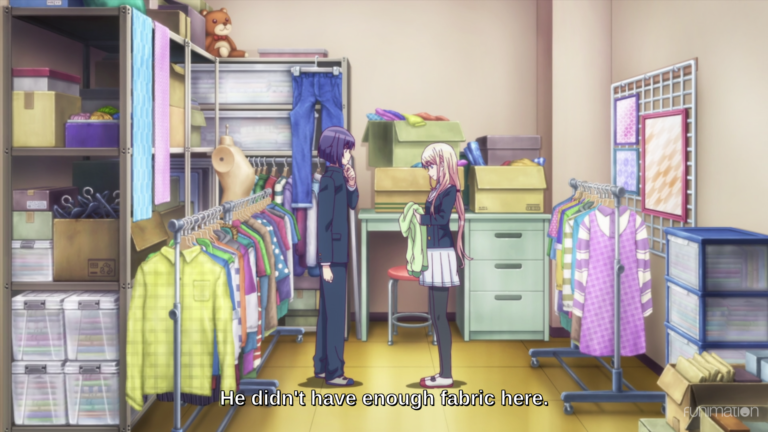 Smile Down the Runway – Episode 1

What’s it about? From a young age, Chiyuki looked to have a promising future as a model: she was tall, beautiful, and had plenty of connections with her father’s fashion agency. But then she stopped growing early, topping out at only 5’2”—way too short to walk the runway in Paris. However, she refuses to give […]