REMINDER: This month the team is republishing classic articles in order to give the team time to focus on implementing the site redesign.

[History] Sazae-san and the Grandmother of Manga

Anne Lee shares the history of Machiko Hasegawa, a manga artist as crucially influential as Osamu Tezuka yet far less well-known in the West.

[Feature] Strong Girls Doing Strong Things: Moe, femininity, and being your own hero

Elizabeth O’Neill writes in praise of the everyday battles that shine in “cute girls do things” shows and the importance of having more than just Strong Female Characters.

Caitlin, Dee, and Vrai reconvene to discuss a bunch of single volume manga.

[AniFemTalk] Which anime character would you give a spinoff?

Because sometimes there’s that one character who needs more spotlight.

Despite a few new good additions, the game doubles down on its gender essentialism in other ways.

For a game that’s about conflicting opinions and learning and growing, the transmisogynistic moments are given a lot of breathing room and seem to be played for laughs at trans women’s expense. It’s unfortunate, because Erica is otherwise written as a plucky, interesting woman with a lot of empathy for her friends. But a reasonable character in an absurd story can easily end up looking like more of a footstool for other characters’ growth than a real person.

Some of the new additions to Catherine work better than others. The new ending for Katherine shows her coming into her own in an awesome way and leaving Vincent in the dust, which I found refreshing. The new ending for Catherine bafflingly erases the transition of Erica, its first trans character, with no explanation, which I found infuriating. The addition of Rin excited me as a nonbinary person until they handled the language around her so poorly—not to mention, she ultimately ends up revealing that she is an alien. This reveal meant to be a fun upturning of the fact that Vincent thought her whole “secret” deal was being trans, but it’s kind of a silly way to address that for a game that started off so deeply entrenched in banal gender essentialism.

In anime’s #MeToo moment, Vic Mignogna a no-show at Tarrant County hearing and his case is mostly an unholy mess (The Dallas Morning News, Sharon Grigsby)

The trial proved a trainwreck for the prosecution from the word “go.” All charges against Marchi were dropped, as well as the majority against the remaining defendants.

Those outstanding claims are weighty ones — Funimation, Rial and Toye are still on a sharp hook. I suspect Chupp needed to give more consideration and study to each before making his ruling. Or maybe the amateurish performance of the plaintiff’s legal team had just worn on his last nerve to the point that the extremely patient judge  needed a break.

In contrast to the buttoned-down, PowerPoint-proficient defense lawyers, Beard was not ready for a stage like this. Too often his response to Chupp about an exhibit or fact was “at this time, I can’t find it.”

At one point in Beard’s arguments against Marchi, Chupp said, “I don’t think you have any evidence and that’s your problem.”

Many of Kawasaki’s residents are Korean, and the city is attempting to counteract a recent rise in hate speech. The national anti-hate speech law contains no penal clause.

In the Kawasaki Municipal Assembly election on April 7, Goichi Sakuma, a 53-year-old candidate, advocated “resolving the issue of illegal occupation” in part of the Ikegamicho district of the city’s Kawasaki Ward, home to many ethnic Korean residents. Although Sakuma lost in the election, he still garnered 959 votes.

During his campaign, Sakuma made anti-Korean speeches in an indirect manner by quoting words of other conservative activists. When citizens lodged a protest against his speech, he refuted by saying their protest constituted an obstruction of election campaigning.

Shortly before the campaign period officially kicked off, Sakuma retweeted a link to an online video with subtitles stating “Move out, Koreans illegally living in Ikegamicho” as an advance notice of his first campaign speech. Sakuma explained that the phrase was a quote from a blog post by Hiroyuki Seto, supreme adviser to the political group “Japan First Party,” who served as a senior official for Sakuma’s campaign office.

A look at Mafuyu’s arc and how the series depicts grieving.

What even further distances Mafuyu is his inability to grieve the way other people do. After all, who carries around a guitar that they don’t even know how to play? He doesn’t openly cry or look to his friends for help, he represses his emotions as a defensive mechanism developed from his childhood abuse, and that’s something that he’s kept up over the years. It’s a way for him to protect himself, but it also makes it much harder for him to communicate with people. In not following most normal social conventions, most people tend to keep their distance from him, since he isn’t someone that can be easily comprehended. Being able to forge new bonds means that there isn’t anyone that can help ease his pain. Mafuyu remains stuck.

Makoto Yoshida, professor of social studies at Ritsumeikan University, believes acceptance of paternity leave will take decades in Japan because it goes to the heart of corporate culture, which includes not being able to refuse transfers.

“A boss is apt to think a worker who takes paternity leave is useless. The boss is likely never to have taken paternity leave himself,” Yoshida said. “And once an office sees a worker getting bad treatment for taking paternity leave, no one else is going to want to do it.”

Japanese law guarantees both men and women up to one year leave from work after a child is born. Parents aren’t guaranteed pay from their companies, but are eligible for government aid while off.

Many workers don’t take the allocated paid vacations or parental leaves. Only 6 percent of eligible fathers take paternity leave, according to government data. More than 80 percent of working women take maternity leave, although that’s after about half quit to get married or have a baby.

Nothing quite sums up the 2000s approach to marketing anime to Americans quite like [the Sakuracon 2009] ad. The manga bubble hadn’t yet burst and convention culture owned the summer. Companies had figured out that anime fans had a lot of money to buy merch, but also kind of thought of them exclusively as sloppy weirdos who were overwhelmingly white. Pronouncing the names of products correctly is still an optional consideration (this is how we get NaROOdo, folks).

Don’t get me wrong, 2000s anime fans were embarrassing. We let yaoi paddles and Fate/Stay Night’s sex scenes happen. But it wasn’t embarrassing like this, with both an undercurrent of fishbowl-leering contempt and a final soupçon of that same orientalism that would carry Enter the Anime merrily into production. It’s like the distilled essence of yikes. And the director is probably a creep.

American in gay marriage to sue for residence status in Japan (The Asahi Shimbun, Tomoko Yamashita and Satomi Sugihara)

The couple, who met in the United States, have faced multiple legal roadblocks in applications for visas and partnership rights.

Another peculiarity of Japan’s immigration control law is that gay foreigners who have legally married and come from nations that both recognize same-sex marriages are often granted the residence status of “designated activities” when they enter Japan.

High and his partner do not qualify for this status.

“Because I am a Japanese, I cannot maintain our life as a family because of Japanese law,” the partner said. “I feel like I am being forced to leave my own country.”

In addition to legalizing same-sex marriages, many foreign nations have legal systems that give similar rights to gay couples as those provided to different-sex couples in terms of inheritance and social welfare services.

Of the Group of Seven nations, Japan is the only one without such legal measures recognizing the registering of same-sex partnerships.

In both cases, the children had been subjected to violence in the name of “discipline,” and this created momentum for the establishment of a law prohibiting parents from physically punishing their children. Amendments to child welfare and anti-child abuse laws passed in June this year forbid parents from physically punishing their children and seek to beef up the functions of child consultation centers.

Discussion has also started within the Legislative Council of the Ministry of Justice on reviewing a provision in the Civil Code that allows those exercising parental authority to discipline children.

Several survivors are either currently not going to work or have decided to quit altogether.

All but one of the survivors were injured. Most of them suffered burns while others broke bones from jumping out of the building.

One male employee in his 40s outside the studio inhaled the smoke and was slightly injured.

Twenty-five of the survivors are still recovering from serious injuries and five from slight wounds.

THREAD: A discussion of the violence associated with the “rising sun” flag after the imagery was featured in a recent episode of Demon Slayer.

If we all pool together, just maybe we can get Team Rocket that spinoff they’ve always deserved. 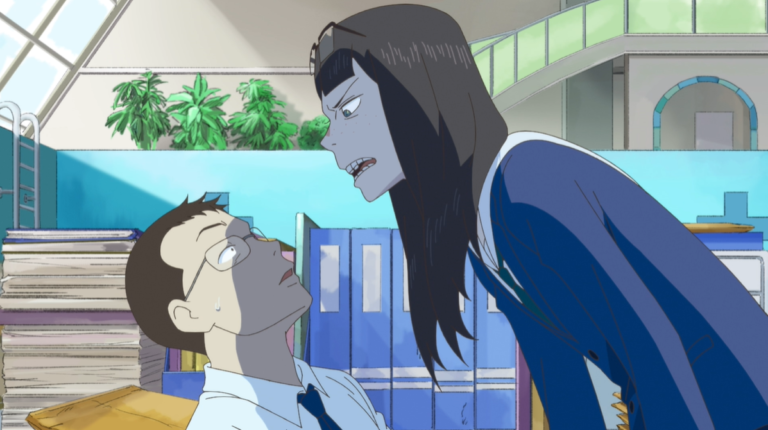 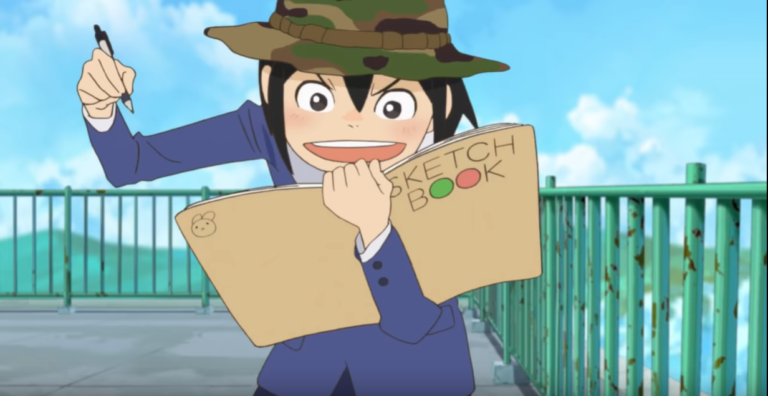