REMINDER: This month the team is republishing classic feature articles in order to give the team time to focus on implementing the site redesign.

[Feature] REAL and portrayals of disability

Mitch Finzel lays out the highs and lows of the long-running sports manga about wheelchair-using basketball players.

A contributor looks at the importance of visual and narrative framing and the harmful implications behind the high number of false accusation narratives in anime.

One last look back before we move forward.

When Every Game is Hard Mode (Gamers with Jobs, Colleen Hannon)

On the everyday accessibility issues faced by disabled gamers, few of which have accommodations.

It’s not rocket surgery. Some developers have put thought into this. Dishonored 2 has a great model for allowing each user to customize the difficulty of the challenge they are looking to face. And it doesn’t even have to be that granular. The Kingdom Hearts games have a great way of disassociating different game styles away from some sort of better/worse hierarchy—they’re just different ways to play, and all it takes is answering a couple questions while you’re building your character.

I get it: finishing a hard game is a point of pride. I take pride in having completed the original Dark Souls. But I also take pride in not dying at the crashed airplane in the swamp part of Left for Dead 2 on easy mode (razzle-frazzin’ mud men…). In any case, whether or not I can be prideful shouldn’t have any bearing on this discussion. I don’t understand how me finishing a game on a different mode in any way invalidates the achievement of anyone else finishing it on whatever mode they chose.

Anime trolls tried to silence a #MeToo campaign with legal threats — and got shut down hard (The Verge, Meredith Rose)

While most of the charges have been dismissed as frivolous, it hasn’t stopped Mignogna supporters from sending threats to the defense team and judge.

Rial, Marchi, and others got their day in court on September 6th. The judge dismissed all claims against Marchi, and all but a few against Rial, entertainment company FUNimation, and one other defendant, most of which were later forced into mediation. The basis? Texas’ anti-SLAPP law.

But while legal protections could stop the defamation claims cold, they couldn’t do much about the harassment, which only got more intense after the judge dismissed most of the claims. “When everything was dismissed—suddenly they’re not ok with the courts deciding,” Marchi says. “And we’ve had several threats [saying] that justice is down the barrel of a gun.”

Mignogna fans have resorted to brigading the presiding judge’s Facebook page (which has been inactive for almost a decade) and sending threatening emails to the court. “Judge Chupp is a braindead moron and I sincerely hope someone accuses him of rape,” read one email presented by local police. “When people start uprising [sic] I hope your court is the first thing targeted.”

A short interview with the up-and-coming cosplayer and gamer.

BNP: Do you incorporate any socio-political commentary in your work? If so, does it ever get controversial?

BK: I don’t incorporate that in my work because what I do is about celebrating and sharing my passions, but I will never shy away from any social-political conversations. I go out of my way to make sure my opinions are heard regardless if it gets controversial.

BNP: If you could pit two video game characters against each other in a kitchen brawl, who would they be and why?

BK: GLaDOS from Portal vs Flowey from Undertale. I think the pre-brawl conversations between the two of them would be unbearably hilarious. Although, I’m not sure what that fight looks like lol.

Weathering With You is Worse if You Read it as a Climate Change Analogy (Fantastic Memes, Frog-kun)

An analysis of the film’s themes and unintended messages.

There’s also the issue of portraying the abnormal weather as a natural part of the world’s order, which could be interpreted as a climate denialist stance. Shinkai has made it clear that he believes that human activities have caused climate change, but in the film itself, there is no mention of this fact. I believe that it’s taken as a given that the audience would know about human-induced climate change, but this weakens the analogy presented because it can’t stand up on its own. Without outside context, film’s central dilemma seems to be more “Should humans intervene on the planet’s behalf?” rather than “Should humans take responsibility for the changes they wrought?” You might even misinterpret Shinkai’s own stance on climate change.

It’s my interpretation that Shinkai included this seemingly climate change denialist part because he wanted to portray a long view’s perspective on the changes that happen in the world. It’s a way of helping us humans come to terms with change so that it doesn’t seem totally apocalyptic. This is similar to the meteor strike portrayed in your name., which was revealed to be a cyclical occurrence from many years ago. I think that Weathering With You is more interesting when read as a story about how we should come to terms with the climate change that has already happened rather than as a story about whether or not we are obligated to mitigate the harms. Unfortunately, that theme only comes up at the very end and is sorely underdeveloped as a result.

How the twins at the center of the game’s story swap expected gender roles.

Siblings tend to fall into a yin and yang trope–similar yet opposites, with traits that simultaneously compliment and put them at odds with one another. There’s always the feeling that while they’re strong on their own, it’s only together that they’re at their best.

But dig deeper into that trope, and you start to see other patterns. While support could take a number of forms, in a fantasy setting these family members almost always take the same roles. Men are swordsmen and warriors, running headfirst into battle. Women will take more of a support role, typically a healer–someone needs to patch up their reckless brother, after all.

These tropes are firmly entrenched in gender roles. While characters can often break out of their trope based roles individually, when we see characters as a “set” (like siblings or twins), this suddenly becomes much harder. The bonds of family bind them to their roles,  ensuring they hit all the average plot points and character growth while also winding out the party with their respective skills.

The judge’s ruling that the couple’s marriage be legally recognized creates precedent for other same-sex couples seeking legal protection.

At the heart of the case was the issue of whether the plaintiff, as a person in a same-sex relationship, which are not recognized as marriages in Japan, was legally entitled to sue for damages.

Judge Yosuke Nakahata, in his ruling, said: “(A plaintiff) is entitled to have legal protection similar to that of (heterosexual) common-law couples if they are truly a couple.”

The plaintiff, who is in her 30s, and her partner were legally married in the United States and had lived together in Japan.

“Our relationship was destroyed due to my partner’s act of infidelity,” the plaintiff said.

How the author was inspired to take a parental, non-romantic roleplaying role to her students.

No matter which house players choose, the students will initially comment on how wild it is that you appear to be their same age (Byleth is canonically slightly older). Almost immediately, the massive implications your position as professor has regarding expectations of behavior and propriety are introduced. And for a moment, I found this remarkably refreshing. A game marketed around its relationships as much as its strategic combat openly acknowledging the common issue of age gap ships, and the power dynamics of student/professor relationships?

A recent ruling declared that, depending on a few extenuating factors, an individual can be held liable for the content they retweet.

That a court ruled that a retweet equals endorsement has sent shockwaves through the Twitterverse, most users expressing shock or doubt with posts such as: “Now there’s no saying, ‘All I did was retweet,'” or “Does this mean we can’t even retweet sarcastically?”

A close look at the ruling, however, clearly shows that not all retweets are considered endorsements. It explains that retweeting “can be done for a range of purposes, such as to express endorsement of the original message, or to criticize the original message.” When the purpose is to criticize or prompt debate, the ruling reads, “It is highly unlikely that one would retweet without additional comment. Generally one would attach a critical or neutral comment (to the original tweet).”

The ruling went on to say that except in special circumstances, including those in which the intention behind the retweet can be understood from the context, even if there is no additional message attached to the original tweet, it is fair to interpret a retweet as an endorsement of the original post’s content.

Video: A history of anime licensing and dubbing in Latin America

Quite a spread of faves this season, with a lot of genres to choose from! 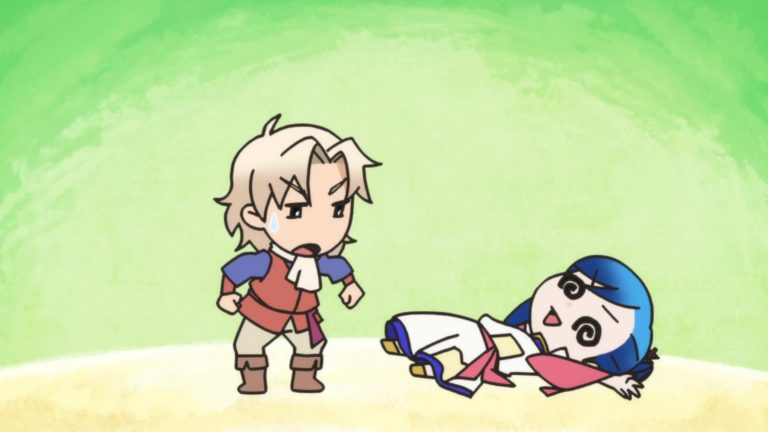 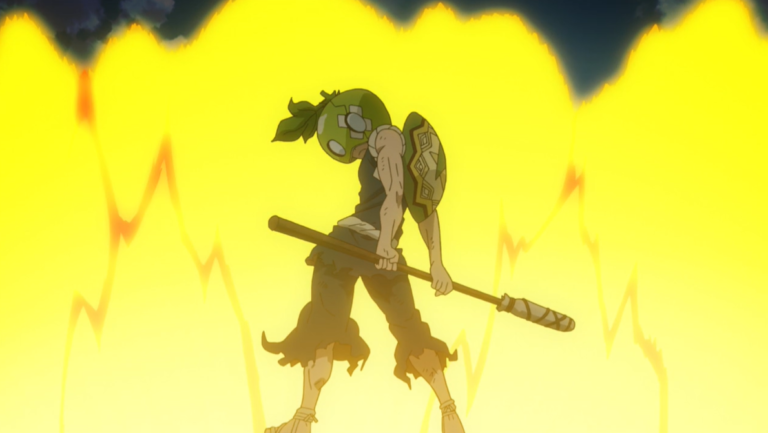