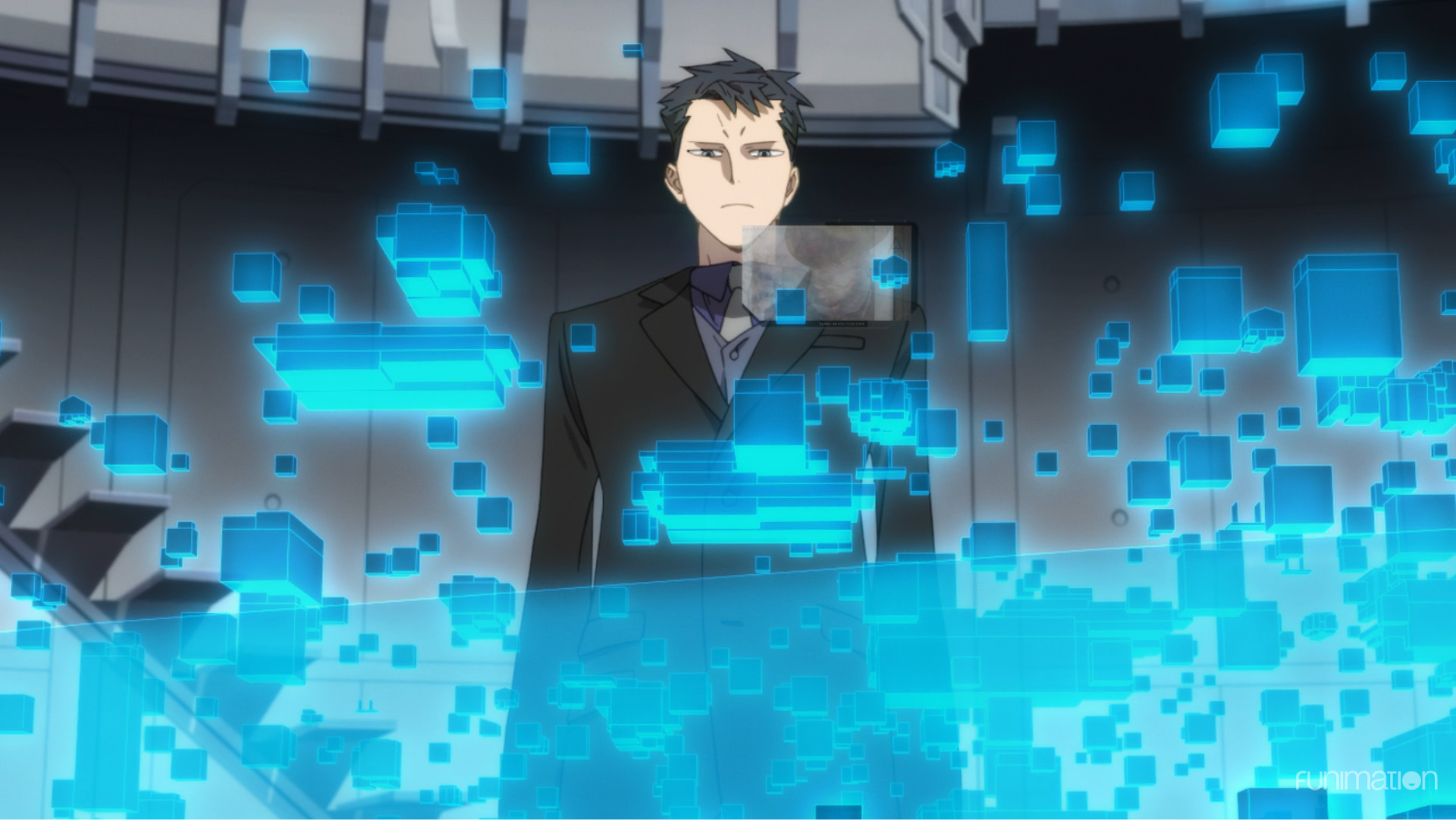 What’s it about? Brilliant detective Sakaido wakes in a fragmented world with questions and a corpse—this is the Id Well, a space made from a killer’s mind. With this tool, Sakaido and the rest of his team hope to catch the serial killer known as “the Perforator.”

Hey, are any of you old enough to remember The Cell? It was that art movie starring Jennifer Lopez that looked really pretty and had about enough plot to fill a standard 8×5 notecard. Mostly people remember the horse (CW: body horror). For some reason, this premiere about entering the abstract mind of a murderer to stop him before he kills again made me think of it.

But I’m guessing more people will twig to the scene where a young, short-haired rookie cop muses about how incredible it is that the gun she’s holding has the power to detect the desire to kill.

ID: Invaded might be a touch derivative, I’m saying.

That’s not exactly a high crime in the world of procedural dramas, though, a genre so overstuffed that just about every idea has been done backwards and forwards, twice. And Invaded certainly begins well, with a stellar bit of cold-open body horror before Sakaido remembers his mission.

The Id Well serves as an excellent play space for the animators, with fluid and engaging camera work, and it’s clearly going to be the shining star of the series. Sakaido quickly learns to sling his stretchy, fragmented hand all over the place, and soon whole chunks of buildings are colliding into neat lateral-thinking puzzles.

Outside of the Id Well, the shine dulls a bit. While the visuals try to keep things dynamic and make use of in media res to dazzle the viewer, by the second half of the episode it can’t help but slip into expositing its cool gimmick so that absolutely everyone gets it. Once the senior field analyst started going on about how the titular “Id” is a perfect, brilliant title (for the system! Not the show at all!) because it’s so malleable and has amorphous ties to so many words, I was actively rolling my eyes.

One thing I’ll say for Invaded over Psycho-Pass: although it opens with a woman’s corpse (and a few uncomfortable shots of her bare legs), it’s so far pretty free of sexualized or even notably more graphic violence toward women. That may change, as the plucky new female recruit is kidnapped in the episode’s cliffhanger ending, but for now I’m giving it a thumbs up for a bar that this genre frequently fails to meet. There’s also at least one more woman on the team working in the tech squad, so here’s hoping she gets some cool moments beyond more exposition.

This is one of those titles that could easily tip over into being expository and boring or lurid and exploitative, but for now it’s stylish enough in execution and restrained enough on the genre’s worse impulses for me to give the next episode a try.