The long-running live action series Kamen Rider has one core concept: the Kamen Rider, a masked superhero riding a motorcycle, fights a shady organization or evil force. Every year since the early ‘70s, the company behind the franchise, Toei, brings together an entirely new creative team for a unique take on these elements. Fans divide the series into two separate eras, named for the reigning emperor during their run: Showa for the series that aired from 1971-1989 and Heisei for the series that have been airing since 2000 until today, with with a decade-long break in the ‘90s.

However, in those 45-plus years of history, its treatment of women has been lacking, especially in the Heisei era. A lot of the fandom simply brushes it away with the argument that “it’s a show marketed towards boys,” but that’s simply not enough, as Marion Bea has discussed here before. Thus it’s vital to look at how women have been treated in this show, and how it can do better.

The majority of Yui’s story within Ryuki revolves around her searching for her missing brother or supporting the two main male protagonists, Shinji and Ren. She doesn’t seem to have any other motivations within the show beyond supporting male characters, such as feeding and housing the leads as well as being their main moral support. This is limiting and troubling, as surely she should have agency and a storyline that doesn’t simply revolve around or in service of male characters.

There are, however, even worse ways in which women have been used in Heisei Kamen Rider series, such as being thrust into romantic subplots, as in the case of Kamen Rider Kiva.

Kiva is about two princes of a race of vampiric monsters, called Fangires, named Wataru and Taiga. Wataru loves Mio, one of the show’s few female characters, but she’s betrothed to Taiga, causing the half-brothers to fight. The series blames her for the breakdown of the brothers’ relationship, acting like it’s her fault just for being a woman, and she’s eventually killed because of it. In short, she is a model example of how Heisei Kamen Rider mistreats its female characters.

Even worse, sometimes the women in Kamen Rider are literally objectified. In Kamen Rider Gaim, most of the protagonists seek the “Forbidden Fruit,” which is presumed to grant them power. Mai, one of the few female characters in the show, was initially helping the main character Kota to end the fighting over this source of power. However, she becomes the “Forbidden Fruit” the characters have been fighting for, turning her into a literal object to be won.

The most insidious way Kamen Rider mistreats its women, though, is empowering them in some way and then taking that power away when they are no longer an “important” part of the story. For instance, Nico in Kamen Rider Ex-Aid was positioned as the top player in the video game-themed show and even transformed into a Kamen Rider, a rare feat for female characters in the franchise. However, once the show’s focus moved away from her, she rarely fought. Even when her powers were the best ones to defeat the villain, a male character took her powers and fought instead.

Similarly, in Kamen Rider Drive, Kiriko was one of the most intelligent and capable characters, and received a new gun and shoes that made it possible for her to fight. However, despite her being even stronger than some of the Kamen Riders, she never became a Kamen Rider herself. In fact, the program goes so far to show her attempting to transform but being denied, just to add insult to injury.

That said, these women are still competent in their own right and shouldn’t be disregarded, either. Many are capable fighters who help the protagonists. Many of them, though they aren’t Kamen Riders themselves, play important roles and contribute to the story. Akari from Kamen Rider Ghost has a deep knowledge of science and invents devices that help the protagonist defeat his ghostly enemies. She’s never a romantic object for the main characters, and has the agency to solve problems herself.

The way Kamen Rider consistently falls on its face with regard to its female characters is a constant disappointment. However, a new show every year brings a fresh start and the hope for a female character who is not only capable, but is treated like a hero in her own right.

She could be the protagonist or a secondary character who can transform into Kamen Rider for its entire run and have a genuine good impact on the story as a whole, without having her existence tied exclusively to a male character. With Kamen Rider’s focus on transformation, hopefully someday its representation of women will transform as well. 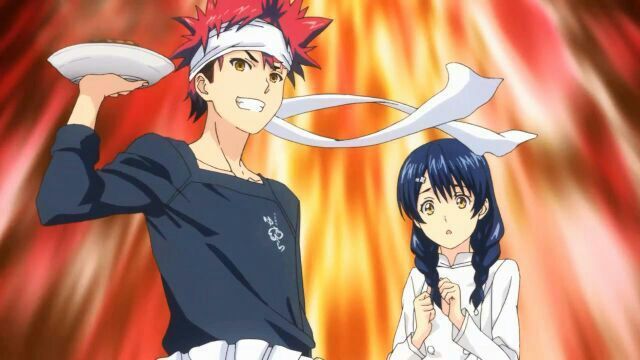 Women in the Kitchen: The unequal treatment of professional chefs in anime and beyond

Despite a broad range of titles, when looking at Japanese media about cooking at large, I’ve noticed a frustrating gender imbalance between stories about professional male and female chefs. Stories about male chefs (most often in shounen manga) tend to center around their skill and on their prowess in the kitchen; while the professional lives of female chefs are downplayed in favor of focusing on a romantic storyline. 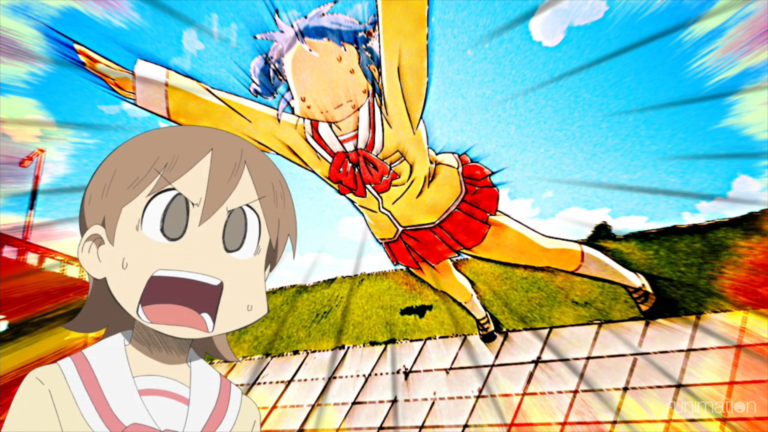 Nichijou and the Everyday Epics of High School Girls

Through its central cast of silly, snarky, kind, anxious, energetic high school girls, Nichijou not only showcases many common (and not-so-common) trials of adolescence, but also expands the narrow image of what it means to be a “normal” teen girl.