[Feature] No One is Born to Be a Slave: How The Twelve Kingdoms questions social systems

Caitlin Donovan’s series retrospective highlights the show’s focus on women’s narratives and the importance of fighting back against oppressive systems.

[Feature] Women in the Kitchen: The unequal treatment of professional chefs in anime and beyond

Coin Easterly examines the gendered narratives in fiction and real life that predominantly code men as serious professionals and women as domestic workers.

[AniFemTalk] Who are your favorite trans characters in anime and manga?

The moving recent episode of Stars Align calls for a celebration.

Headcanons, Queer Readings, and the Art of “Reading Too Much Into Things” (The Afictionado, Alex Henderson)

Digging into writing around queer readings and the long, important history thereof.

Queer readings are an interesting thing to think about in that they’re one of those Academic Things that—like Death of the Author and The Cauldron of Story—intersect quite naturally with fandom interests. You could even say that “headcanon” is just internet fan lingo for a queer reading of a text, and that, vice versa, one scholar’s queer reading of a text is their meta to support their headcanons. And, just as disagreements about the legitimacy of other people’s headcanons (or ships) can spark Fandom Wank™, they have long been a source of academic discourse.

I mentioned Bonnie Ruberg’s book Video Games Have Always Been Queer in the presentation I uploaded a while ago, and I’m going to revisit it now in more depth, since Ruberg engages directly with this idea of “reading too much into things”. The book is, as the title implies, all about queer readings of video games, going beyond just the representation of LGBTQIA+ characters and looking to queer theme, queer allegory, and the phrase I borrowed a lot, queer resonance. Ruberg’s key argument throughout all their analyses is that a work (in this case a game, but this can apply to any story) can be queer even if it doesn’t contain or focus on direct LGBTQIA+ representation. Sometimes all it takes to make a text queer is the fact that queer audiences vibe with it, and these vibes are not something they should necessarily have to justify.

Reading the game as a narrative about parent-child relationships and healing.

Content Warning: This post contains spoilers for the end of Death Stranding, and conversations about my personal experiences with abuse, neglect, and daddy issues. This is some very personal crap that does little by way of analysis or critique of the story.

In August, my sister broke up with her long-term boyfriend and father of her kids. She’s been figuring a lot of stuff out, so I understood. As he moved out, some things came up that are too fresh for me to talk about in detail. Suffice it to say: everyone is fine. But I realized hard and fast that I was willing to do whatever it took to make sure those kids stayed fine. There was no one I was unwilling to call, nothing I was unwilling to do, to make sure those kids were okay, and make sure they felt safe and loved and secure.

Because my sister and I haven’t always felt that way.

Though only 35, Yamada has been working in anime for over a decade now.

Being empathetic and observant comes with their own drawbacks for Yamada though. When reading the outline of the second year stories for Sound! Euphonium from author Ayano Takeda, Yamada’s chest got tight and “it felt like it hit a critical weak part of [her].” While it has always been easy for her to direct female characters, it wasn’t until A Silent Voice when she dived into the mind of Shoya Ishida where she learned how to deal with male characters. When tackling male characters, Yamada always had the mind of “a guy wouldn’t do something like that” but learned that it wasn’t about guys or girls but “what kind of person are they,” finding that “the differences between genders are incredibly trivial.”

This is only a minor snapshot on how Naoko Yamada has grown from an in-betweener to one of the most acclaimed anime directors in the world (before she turned 35!), there is so much more to talk about with her (like her love of music, or her actual animation style). For me, I’ve loved seeing Yamada grow as a director and come into her own. I can clearly tell with Liz and the Blue Bird she’s completely comfortable with her own style now and I can’t wait to see how it evolves further.

Japan’s Support for Gay Marriage Is Soaring. But Can It Become Law? (The New York Times, Ben Dooley)

While polls show consistent social support for marriage equality, many official bodies have still failed to commit to change.

The mixed feelings are evident in statistics from the 26 localities that recognize same-sex partnerships. As of October, only 617 couples had registered their partnerships, according to Nijiiro Diversity, a nonprofit that fights discrimination against gay people in the workplace. Advocates note, however, that the process involves considerable red tape and delivers few concrete benefits.

On the national level, the governing Liberal Democratic Party has refused to deliberate a bill proposed by opposition parties that would change Japan’s civil code to recognize same-sex marriages.

The party insists that legalizing the unions would require changing the country’s Constitution: Article 24 of the document says that “marriage shall be based only on the mutual consent of both sexes,” language that conservative lawmakers have interpreted as requiring the participation of one man and one woman.

That argument, however, has already begun to show weaknesses. The Japan Federation of Bar Associations has rejected the position, and in September, a local court became the first in Japan to recognize two people of the same sex as being in a common-law marriage. In the ruling, in which a woman whose female partner had an affair was awarded damages, the judge said that Article 24’s wording did not prohibit unions between same-sex partners.

Behind the Scenes!! (with ShaeGeeksOut) (Shojo & Tell)
A podcast about Bisco Hatori’s less well-known manga series.

Covers all seven volumes of BEHIND THE SCENES!! by Bisco Hatori What if OURAN HIGH SCHOOL HOST CLUB, but with college students who are members of the “art squad”? That’s the premise of Bisco Hatori’s follow-up to her smash-hit, formative comedy series. Shae from Shaegeeksout and Shojo & Tell host Ashley discuss all the ways in which BEHIND THE SCENES!! is and is not like OURAN, give some sound dating advice, shout-out the representation of anxiety in Ranmaru, choose which Goda is better (long hair? short hair?!), and stan Tomu x Maasa forever. If you don’t want to craft after reading this series, do you have a soul?

A short interview focusing on the actor’s experience with LGBTQ+ roles.

TMS: As voice actors, you often don’t get the script for the show or film you’re a part of until you’re actually there in the booth. Did the fact that you had this connection with Kase-san and drawing from experiences in your past relationship help bring forth that emotion when you’re in the booth?

Berry: Oh yes, definitely. Oh my goodness, it was an emotional journey recording for Kase-san. There were a lot of tears in the booth. I won’t get too much into it, because it is very personal, but it definitely grabbed my heart, and in a few scenes we were recording, I’d look over at David in the booth, and he was tearing up. He was wiping his face, and I could tell that he was crying. He can’t hide that from me, and I couldn’t hide it from him either.

TMS: What were some scenes in the anime that were uniquely rewarding or touching for you?

Berry: The last scene. The train scene at the end. I don’t want to give too much away for those who haven’t seen the film yet, but that was probably my favorite scene to voice for. Another one I really enjoyed for the humor of it was the scene where Kase-san is in Yamada’s room and she’s burying her face into Yamada’s bed. That was hilarious. There’s more little moments here and there, like when Kase-san accidentally runs into a wall, that were so cute and so fun. Both Yamada and Kase-san are such funny characters. They have their quirks.

At present, job-seekers face harassment ranging from physical assault to inappropriate questions about their sex lives.

Although the labor ministry drafted guidelines in October to prevent power harassment in workplaces, it said only that such measures were “desirable” for students and other non-employees.

Despite some diversification in recruitment, many Japanese firms tend to hire new graduates, who begin the job hunt while still at university.

Many feel too vulnerable to denounce harassment, members of Safe Campus Youth Network (SAY), a volunteer group of professors and students at six Tokyo universities, told a news conference.

VIDEO: The history of the first women-led sports anime, Attack No. 1.

VIDEO: Interview with Estelita Dy, a “comfort woman” survivor from the Philippines.

TWEET: A map of areas currently or planning to offer same-sex partnership certificates in Japan. 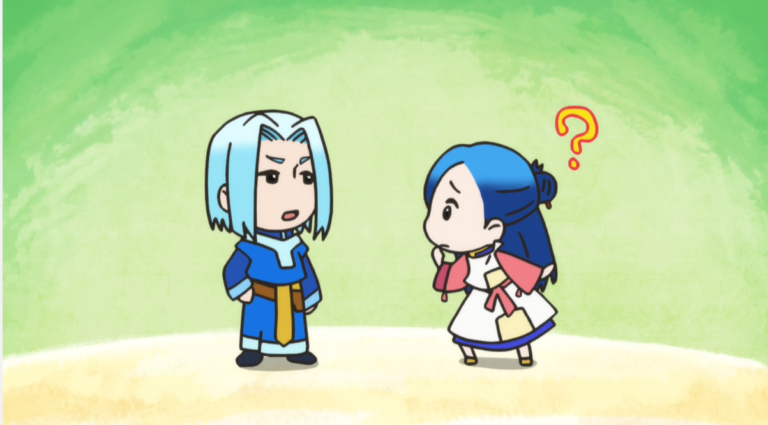 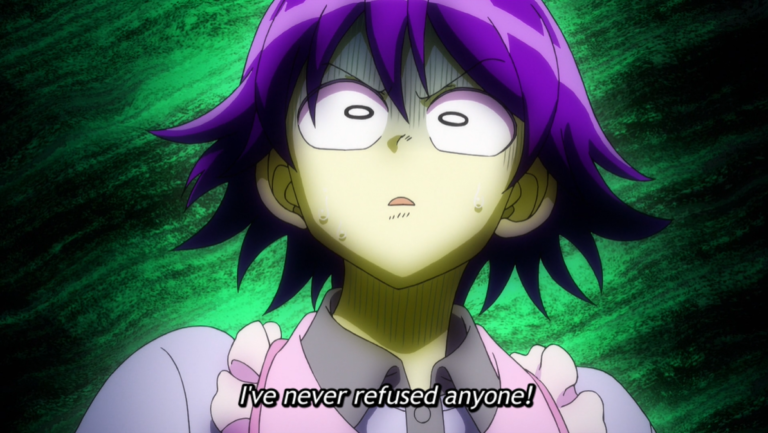