[History] The Transcendent and the Perverse: Sexuality in Apollo’s Song and MW

Malia looks at two of Tezuka’s darker manga focusing on human sexuality, which cast heterosexuality as natural and immutable and queerness as monstrously deviant.

Jordan Mulder observes the monster girl as Other, and the widening range of depictions, from pure fanservice and voyeurism to being used to explore inclusive narratives.

The newbies reckon with EOE as the gang looks back on their time with the franchise and whether it still welcomes newcomers.

[AniFemTalk] What’s your anime of the decade?

We’re into the last week of the 2010s, time to make those lists.

A recap of Ito’s case and news about the recent verdict.

But she said more far-reaching changes are essential, including addressing the massive shortage of female police officers who can deal with rape cases, opening up the “black box” of Japan’s prosecution system, and breaking open the male-dominated political, ­legal and media establishment.

Still, Ito said she was glad the civil case had shed light on what happened to her and allowed witnesses to testify in a courtroom. She said the overall situation has begun to change for the better in Japan, however slowly.

On fandom gatekeeping and the extra intersectional burden of facing misogynoir.

At this point in my life I try to ignore these geek cred checks, but I can’t deny the knee jerk reaction that I have to say all the stuff I just said. Along with that reaction comes this need to flaunt that I am knowledgeable.  Because yes, I am caught up in the My Hero Academia manga, and yes, I did catch the Star Wars references that Horikoshi peppered throughout certain chapters.

But… why? Why do I feel the need to do this?

Bottom line? I loathe the feeling of having to prove that I belong. It’s not because I still remember the grade school “you like that weird stuff” dialogue, nor is it because it’s just fandom, damnit, it shouldn’t be this difficult.

Misogynoir is prevalent and seeps into all spaces, including this one. Anime fandom is not exempt from the tentacles of oppression and it is yet another space where Black women can’t be themselves without judgment.

A discussion of expressions of disability in SARAZANMAI.

Being unable to eat and cook is a stark contrast to the Reo and Mabu manga and keeponly1luv, the in-character Twitter account of Reo and Mabu. Those establish that Mabu is passionate about food, from eating out at his favorite restaurants to preparing meals for Reo. He relishes the challenge of recreating others’ dishes, but more than anything enjoys eating with his partner. With Mabu unable to eat and cook, they’ve lost their favorite way to spend time together. Without it, their connection has deteriorated. Even if Mabu could say “I love you,” this would still be an emotional hurdle. As it stands, it confirms Reo’s fear that Mabu has been irrevocably altered.

Monthly rates have been raised for children up to 14 years old.

The calculation chart is used as a yardstick in those consultations. The plan is devised by methods including calculating indices of the couple’s respective basic income that they can use at their discretion by deducting taxes and other miscellaneous expenditures from their total earnings, as well as their child’s living expenses. By using the chart, one can figure out the range of child support to be paid, such as 20,000 yen to 40,000 yen a month. The amount is finalized by taking circumstances peculiar to each household into account.

The 2003 chart has taken root as it allows users to quickly and easily determine standard child support sums, but critics have pointed out that the 16-year-old guidelines need to be updated considering the changes in tax systems and spending trends. In response, the Legal Training and Research Institute began reviewing the old chart last year by assigning four family court judges to verify it.

A podcast episode on both of Kabi Nagata’s currently available manga.

Not a shojo manga episode, yet also not a shonen exception: MY LESBIAN EXPERIENCE WITH LONELINESS and MY SOLO EXCHANGE DIARY are memoir manga about a young woman’s experience coming out and dealing with deep-rooted depression. In an episode largely fueled by listener questions, Shojo & Tell host Ashley and her lover, Asher Sofman, go over the most #relatable bits of Kabi’s life, whether Kabi should continue down the road of writing about her own life, how there’s actually not a lot of lesbianism, and most importantly, THESEX. Hope you like “I Just Had Sex” by The Lonely Island ft. Akon.

Otakgaki Yasuo’s latest title is being released simultaneously in Korean, Chinese, and Japanese.

The new approach has “hidden potential to remove the borders of manga,” Otagaki says, adding, “Until now, if a work wasn’t a hit in Japan, we couldn’t take it overseas. But if we release it in multiple countries at the same time, then it could first become popular overseas, creating more chances for manga authors.”

“Diana & Artemis” is a science fiction story set in a city on the moon, depicting a pair of female investigators who track the theft of water resources, and the commotion the two cause. Science fiction is Otagaki’s specialty, and he decided to experiment with the use of women in the lead roles as well as dashes of comedy.

The manga is being carried as a series in the Japanese magazine “Manga Action,” published by Futabasha Publishers Ltd. It has also been released online though Mecha Comic in Japan, Xinmanhua in China, and Peanutoon in South Korea, among other outlets. The new title is available in four language scripts: Japanese, Korean, Traditional Chinese and Simplified Chinese. Unlike typical Japanese manga, which use vertical text, the characters’ lines are written horizontally to make it easier to publish the titles in multiple languages.

A brief retrospective on Ikuhara’s career and his impact.

Then you have Studio Pablo, the small studio that provided background art for Mawaru Penguindrum and soon became heavily in demand for their amazing skills—talent has come and gone, but their work on this year’s Dororo was strong. Yukari Hashimoto certainly had a career before Penguindrum, but it was that show where for me she came into her own as a composer, going on to do stellar work in March comes in like a lion and the hilarious Sawano parody in the first episode of Mr. Osomatsu. And then there’s Tomohiro Furukawa, who served as assistant director on the relatively constrained production Yurikuma Arashi only to direct Shoujo Kageki Revue Starlight just last year—a series that through great art direction and thrilling musical sequences punched far above its weight.

Local opposition to new facilities for disabled a problem in Japan: Mainichi survey (The Mainichi, Kamihigashi Asako and Chiba Norikazu)

The survey was meant to probe the rash of anti-accessibility protests over the past five years.

Of the 68 cases in which opposition movements had prevented the launch of such facilities in the area, 52 cases, or the majority, had to do with residential facilities including group homes; followed by 17 cases of day care facilities including those providing support for job seekers with disabilities and people with developmental disorders; and eight cases involving facilities for disabled children, such as after-school day care.

By types of disabilities, about 70% of movements were against the building of facilities for people with intellectual disabilities and mental disorders. To a multiple-choice question asking about the reasons for the objections, many chose options such as, “they regarded disabled individuals as dangerous,” “deterioration of the living environment,” and, “a lack of an explanation.”

A snapshot analysis of the series’ commentary on sex.

The obvious commentary is that the act of sex isn’t dirty or disgusting, but neither is it flowery prose or more pure if its tied to a grand romance story. Sonezaki, and the other characters in O Maidens all have their own, demonstrably different, views on sex that end up changing throughout the series’ run. They learn that sex isn’t dirty, doesn’t make you more of an adult, isn’t limited to the opposite gender, and the act of not having it doesn’t make you more pure. While the series could push a lot more on a few of these issues, O Maidens makes sure to treat all of these characters perspectives with the gravity they deserve. It doesn’t denigrate them for being confused, but it also doesn’t celebrate its characters’ terrible choices.

THREAD: A livetweet of Ito Shiori’s case with commentary.

With a few extra entries this time to celebrate the wide range of titles y’all came up with, and much love.

[Links] 11-17 December 2019: Anti-Hate Speech Ordinance, History of the Ryuku People, and the Gay Godfather of Kawaii 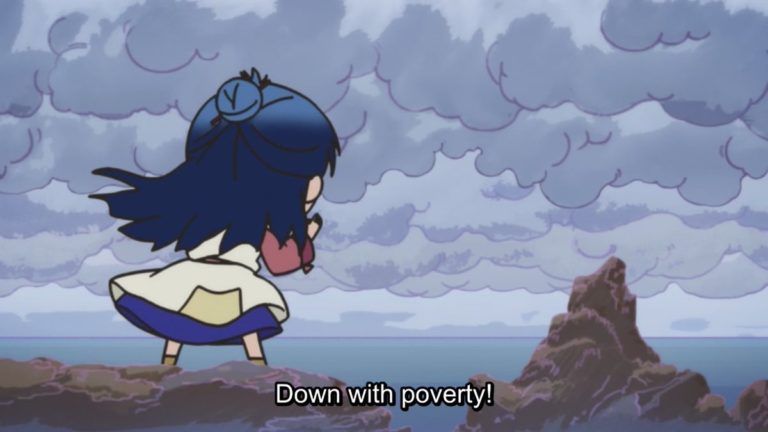